Governments around the world competed against eachother, trying to be the first to reverse the damage of climate change. By releasing chemicals into the atmosphere without thorough research and testing, a new world was created, one which is roamed by the infected. Their brains have rotted away, and they roam the world aimlessly. All but around 1% of the global population were infected, and the number of survivors grows thinner each day. You’re a police officer, a remnant of the past just trying to survive.

How to Install this Modpack

This modpack is hosted via CurseForge, and they’re in control of installing the pack. You should install the CurseForge Application, which allows you to install modpacks, as well as create your own with just a few clicks.

Once the app is installed, you’ll need to choose a directory to install modpacks to, and connect your Minecraft account. Once it’s installed, you can use the search bar at the top of the CurseForge app to install the modpack, by searching for PwrDown. 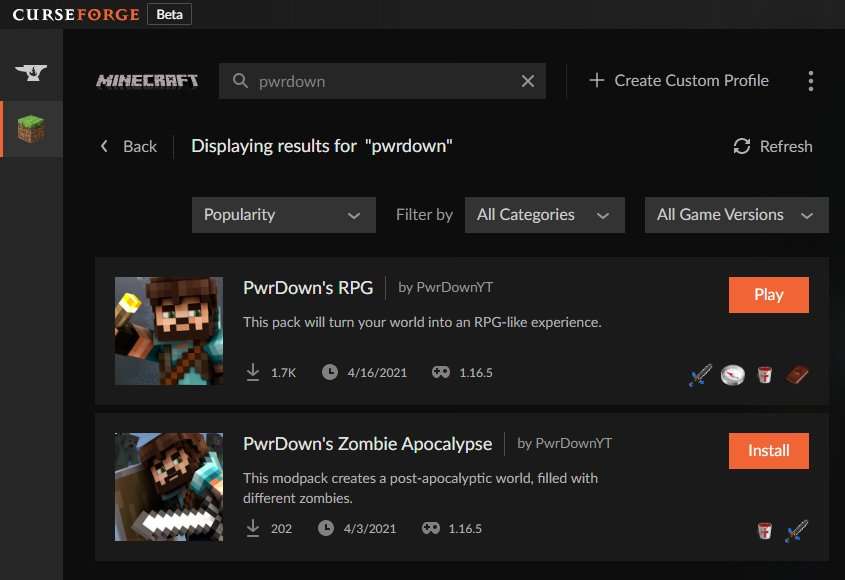 Press the Install button, and you’ll be able to start playing the modpack. If you want to remove mods from the pack, then select the modpack, press the … button next to the Play button and select Open Folder. Mods can then be deleted from the mods folder.