The Graveyard adds some horror and spooky elements into Minecraft. Throughout the world, Graveyards can be found spawning, which contain lots of loot, but some new hostile creatures.

Nestled deep within the forests, you might find the Haunted House. This run-down structure is definitely spooky, and holds some dark secrets. Some Chests can be found outside the Haunted House, aswell as Graves which can be looted.

When you head inside, you’ll find multiple floors. Lots of items can be looted, including Chests, Barrels and Armor Stands. Keep a lookout for any Urns too, as these can be broken to reveal their contents.

Throughout the Haunted House, hostile Acolytes can be found. Mostly, these are in the attic and basement of the house. They’re going to attack on sight. In the basement, you can see that the Acolytes have been collecting bodies, and cutting them up.

Throughout your world, multiple Graveyards can now be found. These are of all different sizes and styles, with some being biome dependent. The biggest of them all is the Large Graveyard, which contains multiple graves and tombs.

Coffins, caskets and sarcophagus can be found under the gravestones, which contain useful items. Make sure to search any sarcophagus that are found, as these tend to contain more rare and expensive loot. You may also find Churches and small Crypts within Graveyards.

One of the best, and largest structures to be found is the Crypt. These can be found underground, and consist of multiple large rooms, filled with coffins and sarcophagus.

But searching these don’t come without danger. Spawning throughout the Crypts are hostile creatures, like Acolytes and Corrupted Pillagers who are going to prevent you from looting.

The structure in general is huge, and spans over multiple floors. It’s like a maze, and filled with both traps and spawners. Bring a Flint and Steel when exploring the Crypts, as Candles and Braziers can be lit up, which will help prevent the spawning of hostile creatures.

An assortment of creatures are included with The Graveyard. Some can be found spawning naturally, while others will only spawn in some structures provided by the mod. One new creature is the Skeletal Creeper.

When it explodes, you’ll also be hit by the Blindness effect for a few seconds. Or there’s Corrupted Pillagers and Vindicators, who can mostly be found roaming the Crypts. These are undead versions of these mobs. 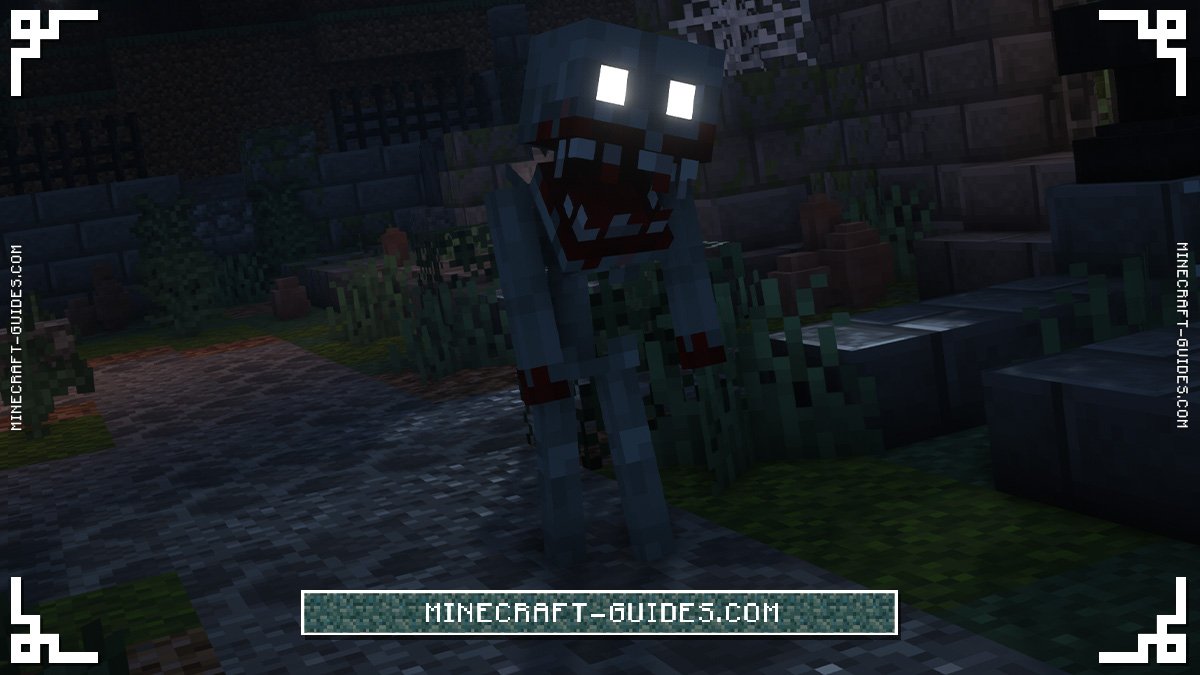 While it’s also possible to come across Revenants, Ghouls and Reapers when exploring different structures.

The links above will take you to the CurseForge page for the Graveyard Mod. It’s recommended to only download mods from CurseForge, as they are vetted to ensure that they’re safe, and you’re also supporting mod developers.