The Conjurer adds a new Boss to Minecraft, named the Illusioner. It’s a Pillager-themed mob and can be found spawning within your world. It’s a fun mod to try, and the Illusioner certainly has some tricks up his sleeve.

It might take a while to find the Illusioner. He’s held up inside his Theater, which can only spawn inside a Dark Forest. The ceiling of the Theater doesn’t stretch above the tree line, so it takes a lot of searching to find.

The structure is quite large, made up of blocks like Cobblestone and Dark Oak Wood Planks. If you’re struggling to find the theater, you can always use the command /locate conjurer_illager:theatre. Just make sure you have cheats enabled, then teleport to the coordinates.

Before even reaching The Illusioner, you’re going to discover hostile mobs. Some might spawn naturally if it’s night, like Zombies and Skeletons. However, there’s often an Illager inside the concession booth.

Make sure to search the lobby of the Theater. Each spawn is a little different, and sometimes players can find a Totem of Undying on an Armor Stand. To start the main battle, lift the Trapdoors and head to the stage. 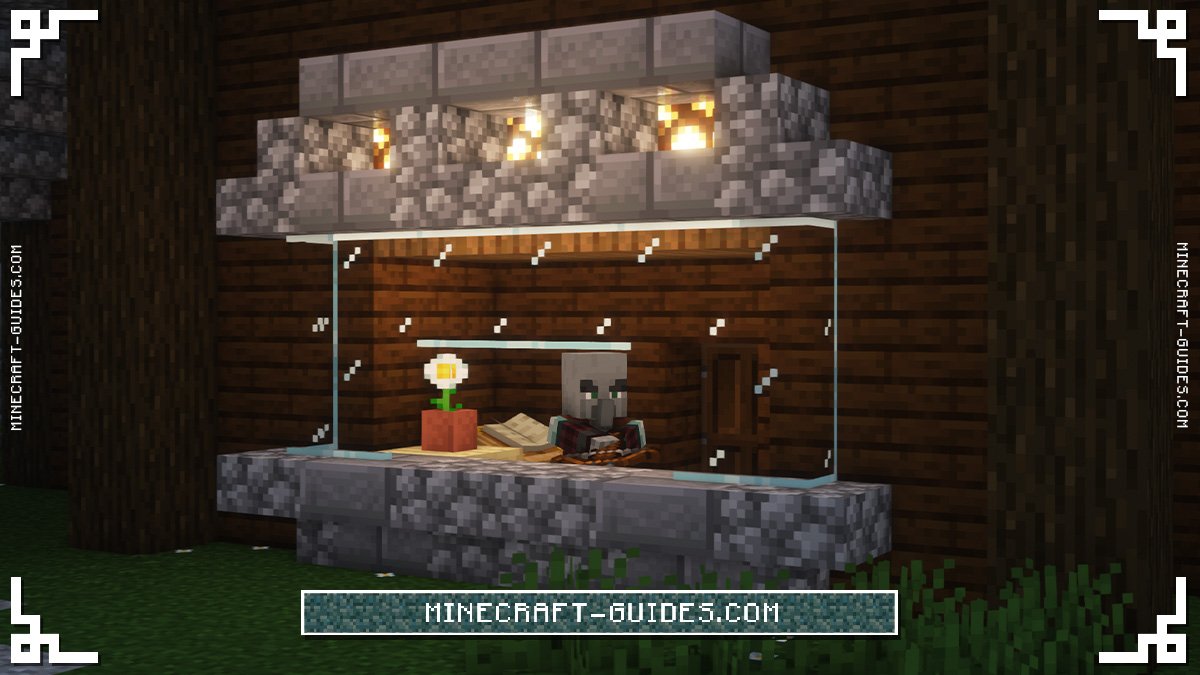 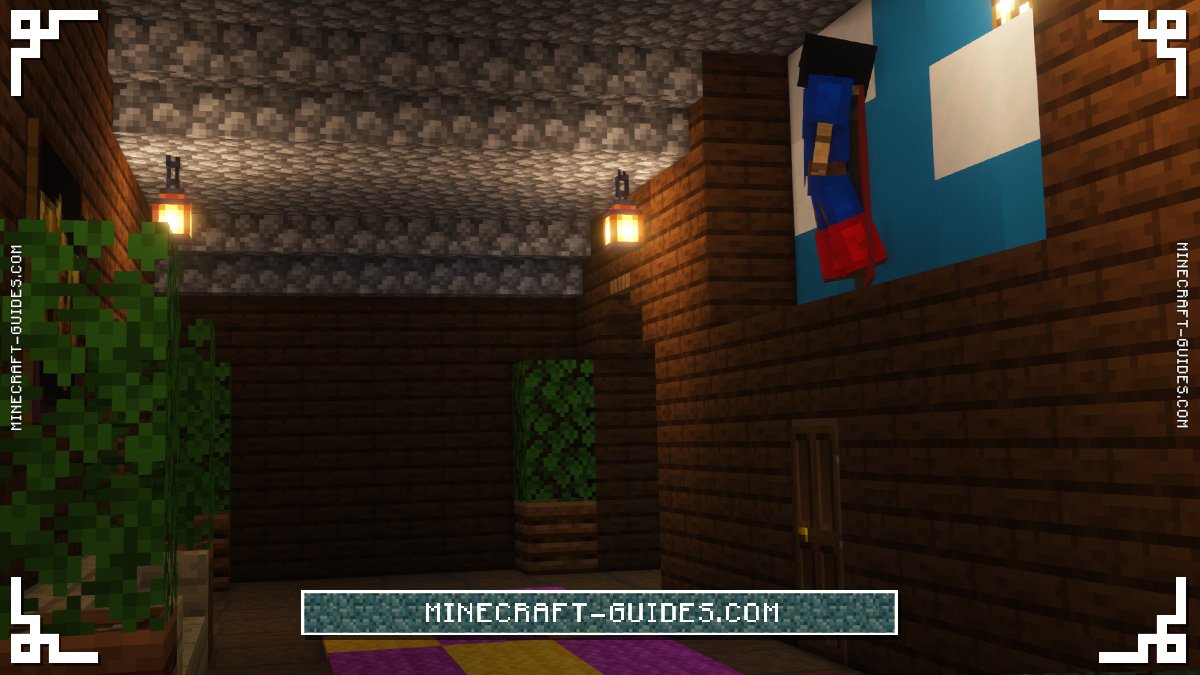 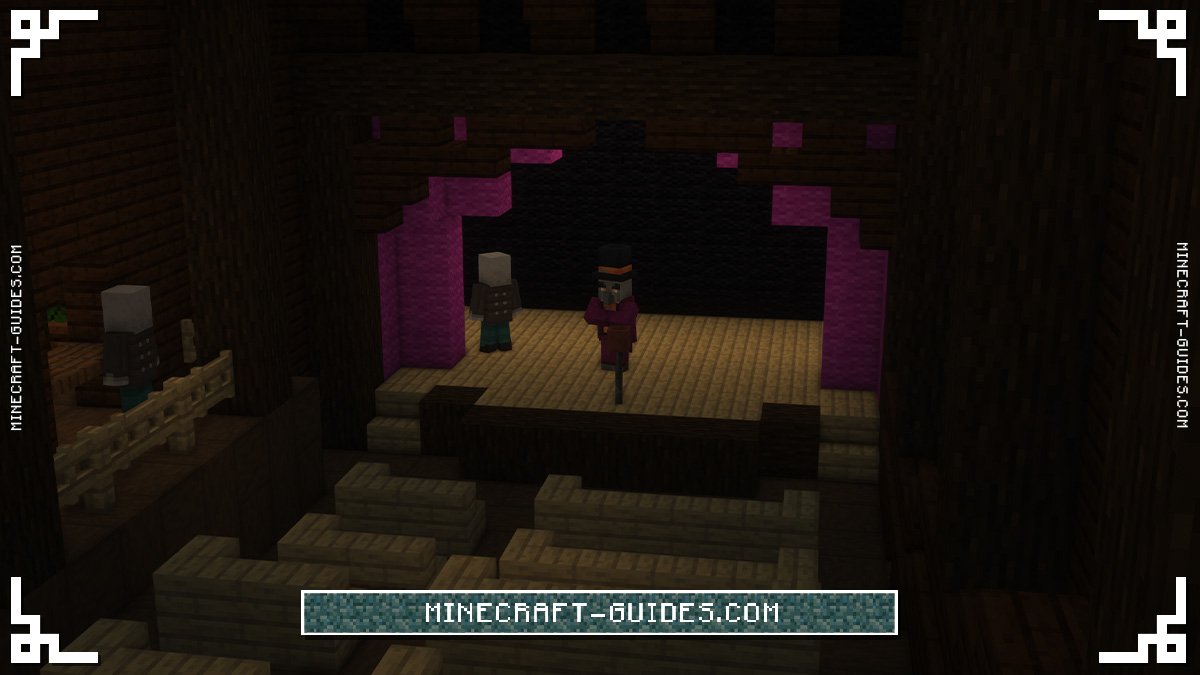 Players will notice that the Illusioner has an audience. In the stands, mobs like Illagers and Vindicators will block your way to the Illusioner. So ensure to bring lots of food to these fights, like Golden Apples, maybe even the Enchanted kind.

The Illusioner is a Magician and has some abilities not seen in Minecraft before. Firstly, the Illusioner can teleport throughout the Theater, putting distance between you both. He’s even able to teleport the player around the Theater too.

Occasionally, the Illusioner will summon Killer Bunnies, which focus on the player. When the Illusioner has distance, he’ll fire Magic Orbs, as well as Playing Cards that deal damage, so try to avoid these attacks.

Overall, the fight isn’t too intense as long as you’re prepared for these attacks. Netherite equipment and possibly some Potions should be enough to defeat this mini-boss. Remember, just because the Illusioner is invisible doesn’t mean you can’t deal damage to him either!

Once the Illusioner is defeated, he’ll typically drop items like Emeralds. Although a new item he’ll also drop is the Conjurer Hat. It’s black and orange by default, but a Dye can be applied to change the orange color.

When wearing the Conjurer Hat, players will be immune to the Bad Omen Effect. This is the effect received when defeating a Raid Captain, at a Pillager Outpost. Now, you don’t have to worry about mistakenly starting Raids on a Village.

The links above will take you to the CurseForge page for The Conjurer Mod. Specifically, they direct you to the download for your chosen version of Minecraft. Learn more about why you should only download files from CurseForge.