Sky Villages will now spawn in your world with this mod installed. These Villages can be found around a hundred blocks high in the sky, and are a lot safer than Villages on the ground. They’re also beautifully designed.

Occasionally, you’ll find a new type of Village that spawns in the Sky. The only way to reach them might involve building up, using stacks of blocks. Although you can sometimes find a Water elevator which you can slowly ascend.

These act like regular Villages, but in the sky. They’re still filled with Villages who have different professions and job sites. Although you might struggle to get more Villages up here. I’ve done some testing, and Sky Villages currently isn’t compatible with Guard Villagers.

Sky Villages are beautifully crafted, with lots of small islands to explore. It’s by far the best mod when it comes to floating structures. Due to the islands being filled with Torches, you can also expect to find no hostile mobs spawning either. 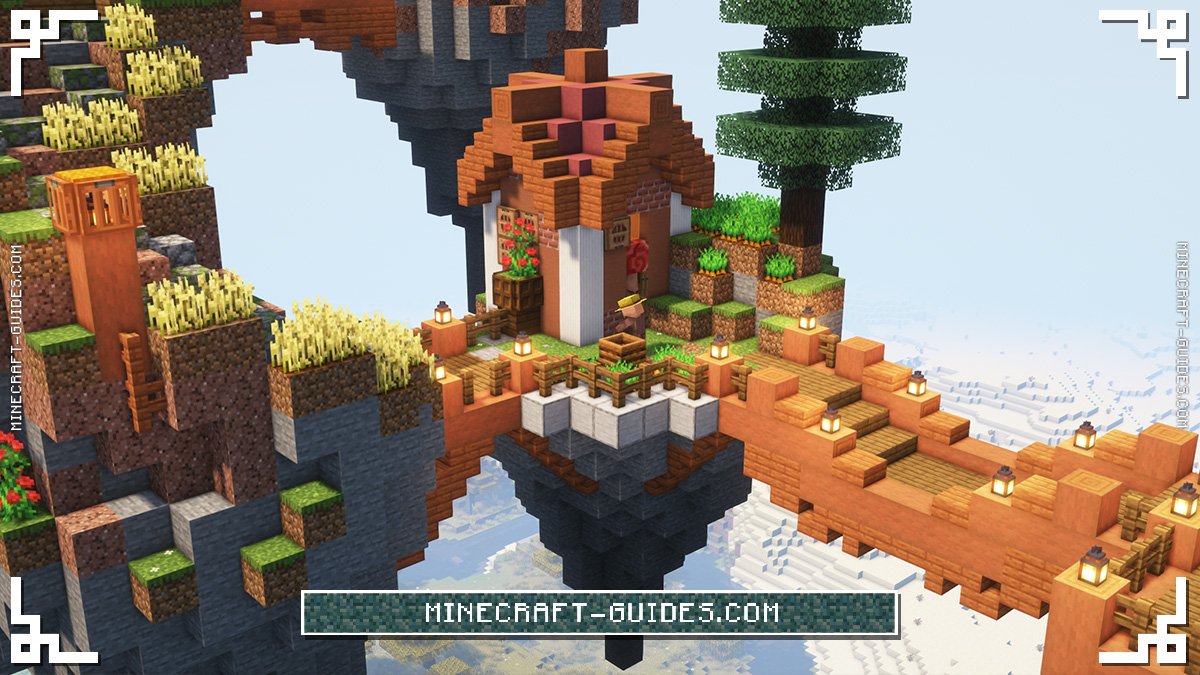 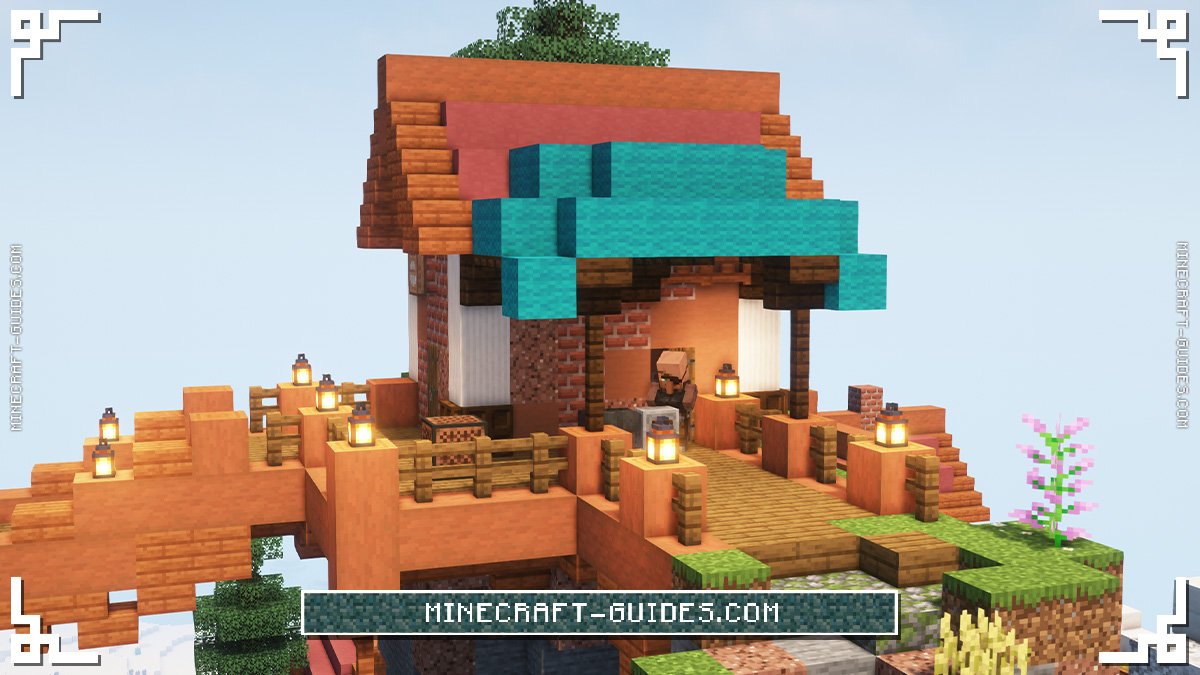 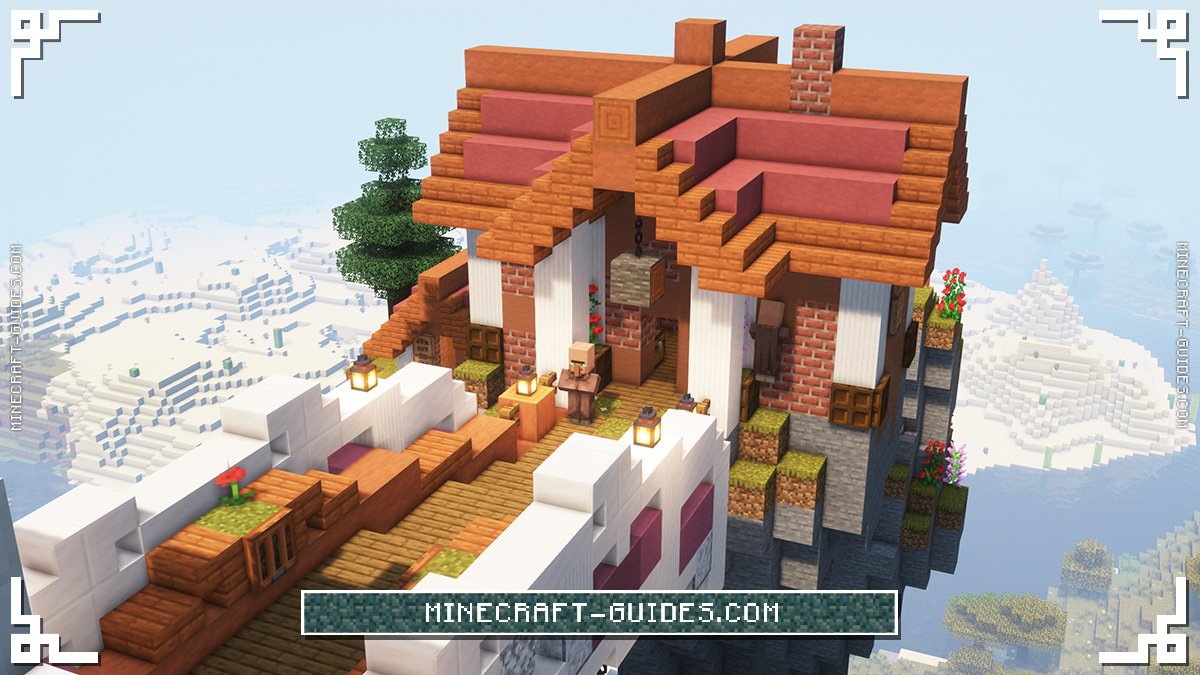 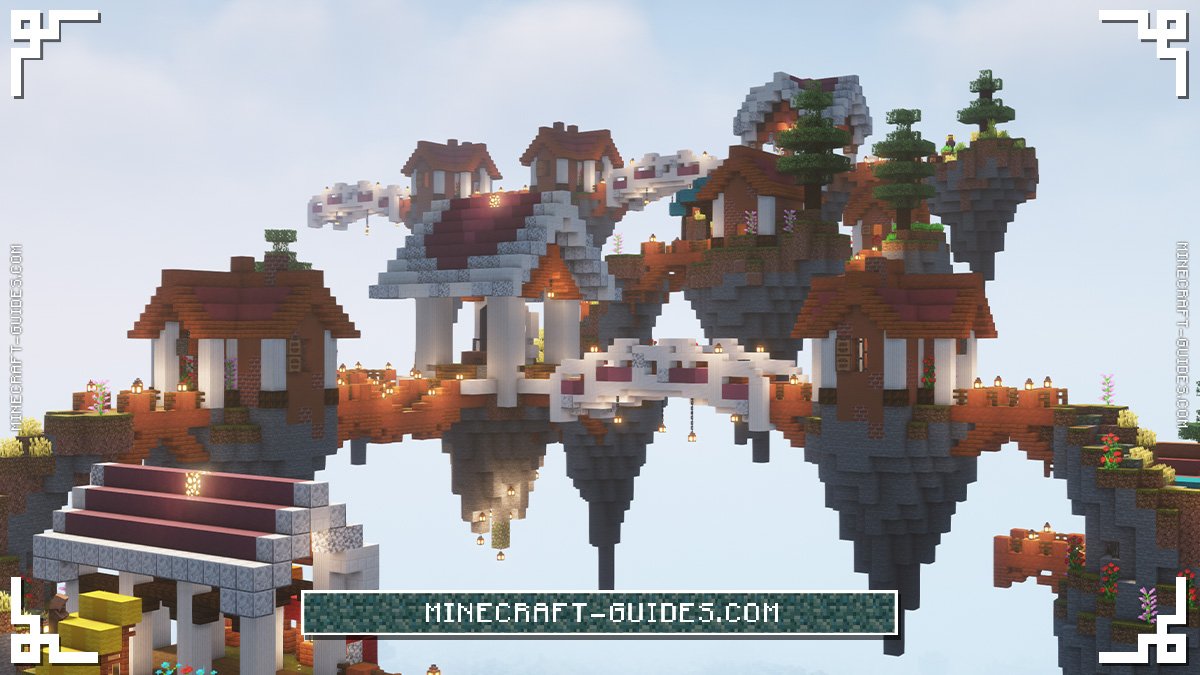 Some Villagers that can spawn here include Farmers, Blacksmiths and Cartographers. Although other types can spawn too. The Sky Villages are procedurally generated, so don’t expect to find the same floating structure every time.

It might be a good idea to install this alongside an Airship mod, so that you can easily fly up. Building your own floating island that is a part of the Village would also be a great idea. Or take over one of the existing islands.

The links above will take you to the CurseForge page for the Sky Villages Mod. It’s recommended to only download mods from CurseForge, as they are vetted to ensure that they’re safe, and you’re also supporting mod developers.