Gnumus Settlement adds a species of creature into Minecraft, which is the Gnumus. They can be found spawning in some different structures and can be slain for their loot, which can be later turned into some new tools and weapons.

Included with the mod are 3 different types of Gnumus creatures. These are the Worker, Hunter, and Shaman, and all of them are hostile to players, with them attacking if you get too close.

An easy way to identify the Gnumus is with the weapon they’re holding. Workers carry a Hammer, Hunters carry a Spear and the Shaman will carry a Staff. All 3 of them can be found spawning in different Gnumus Settlements, while the Shaman Hunter can also spawn during the night, like other hostile mobs. 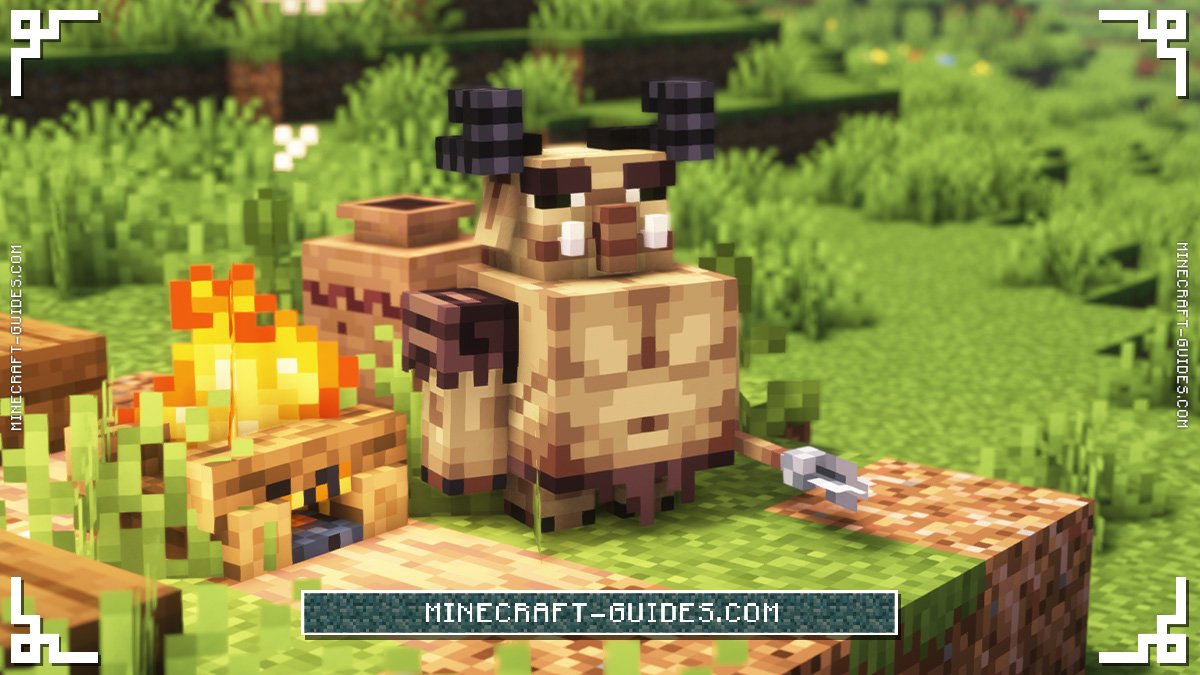 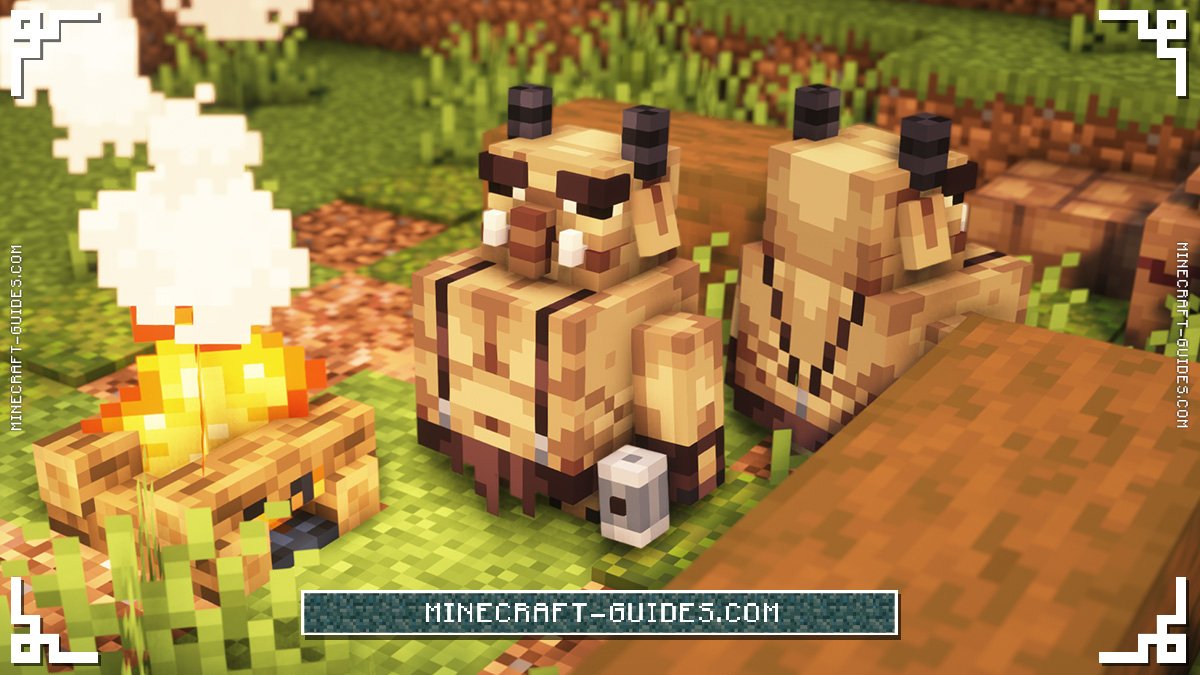 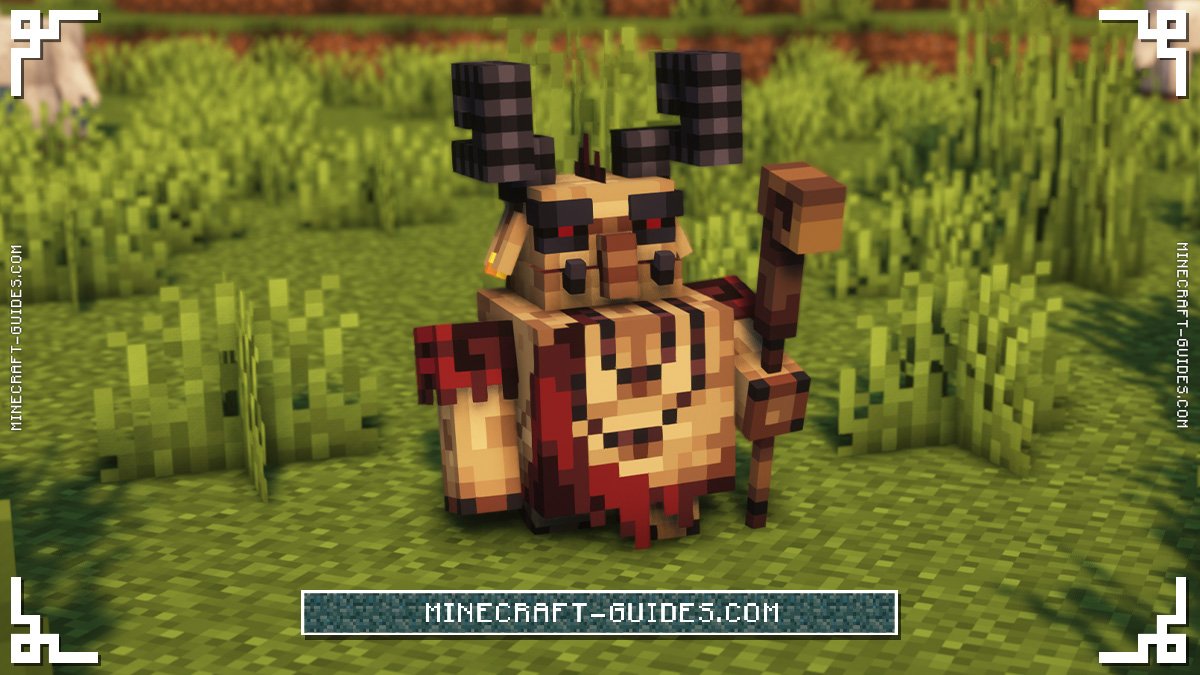 A creature that you’ll mostly want to watch out for is the Gnumus Shaman, which can attack with both a ranged and melee attack. Using its Staff, the Shaman will hit the player with a spell, which gives them the ‘Weakness’ effect.

Mostly, the Gnumus will drop their Claws which can be used to craft some new items. They can also drop Gnumus Pouches, which there are 3 different tiers of. Opening a Gnumus Pouch will give items like Iron Ingots, Diamonds, Ender Pearls, Gnumus Doubloons, Food, and even a Totem of Undying.

Marsupial Mouse are neutral, unless attacked, then they’ll summon 3 smaller mice to charge you. However, you can feed them Gnumus Cheese, which can be obtained from a Gnumus Pouch, and they’ll give a valuable item in return. They have a high chance of giving Vintage Metal.

You have a chance of discovering the Pitcher Mouse when breaking Jugs/Vase in the Gnumus Settlements. They don’t like to be disturbed, and will attack you. Killing a Marsupial Mouse will provide you with Mouse Skin.

Some new tools and wearable items are provided by Gnumus Settlement, such as the Lucky Hat. It can be crafted from Rabbit Hide/Mouse Skin, a Rabbit Foot and a Gnumus Claw, and it passively gives the Luck effect.

Using Gnumus Claws, a Pickaxe and Cutlass can be crafted, which passively give the Fortune and Looting effects. However, their durability is low, and it can be improved by applying a Vintage Alloy Ingot to them inside a Smithing Table.

Or you can craft the Vintage Universal Tool, which requires 5 Vintage Alloy Ingots. It’s able to act as a Shovel, Hoe, Pickaxe and Axe. When pressing the right mouse button, it will become activated, and have a temporary breaking speed.

Vintage Alloy Ingots can be crafted by combining 3 Vintage Metal and 3 Copper Ingots in a Crafting Table.

The links above will take you to the CurseForge page for the Gnumus Settlement Mod. Specifically, they direct you to the download for your chosen version of Minecraft. Learn more about why you should only download files from CurseForge.