Castle in the Sky Mod

Castle in the Sky adds a huge island into the sky of Minecraft. While it makes a great place to build a base, there’s a Dungeon to be explored and cleared. Doing so will allow you to take control of the Castle, and obtain lots of powerful loot in the process.

Finding Castles in the Sky

Due to the sheer size of Castles in the Sky, you might come across them naturally. If you see an area of the Overworld get darker, it’s possibly the shadow of the Castle, in which case you can head upwards.

However, the best way is to find the Levitation Stone. There’s a chance that a Cartographer Villager will trade you one of these, as long as their a master level.

When you right click while holding a Levitation Stone, it will become activated. Cloud Particles will appear, directing you to the nearest Castle in the Sky. Once you’re close enough, you’ll have the Levitation effect to slowly climb up towards it.

The area around the Castle is very safe, and could make a convenient base location. Surrounding the area is different rooms, some of which contain Chests. The items in these Chests are quite powerful, so keep that in mind. 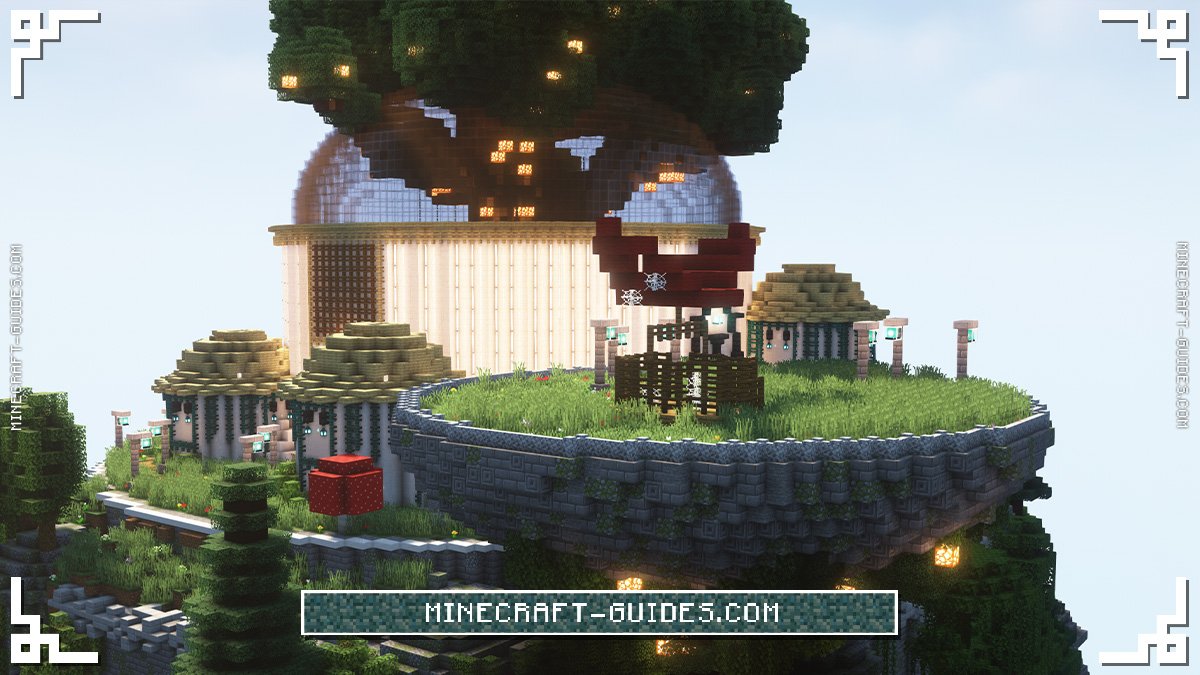 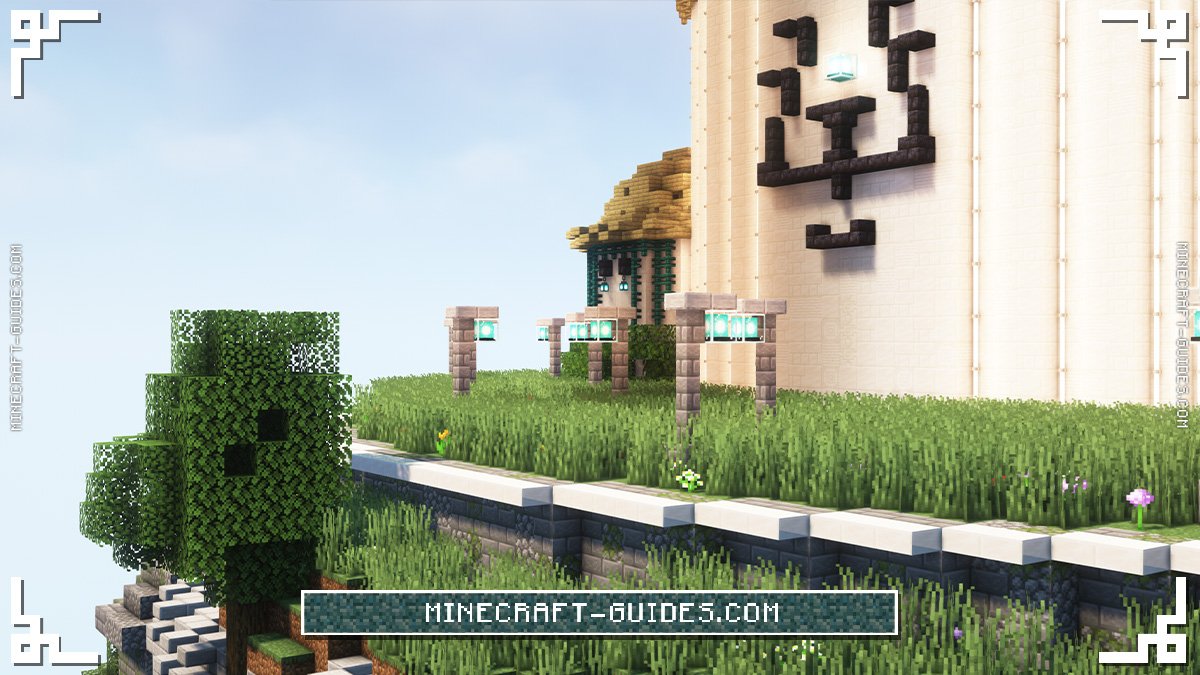 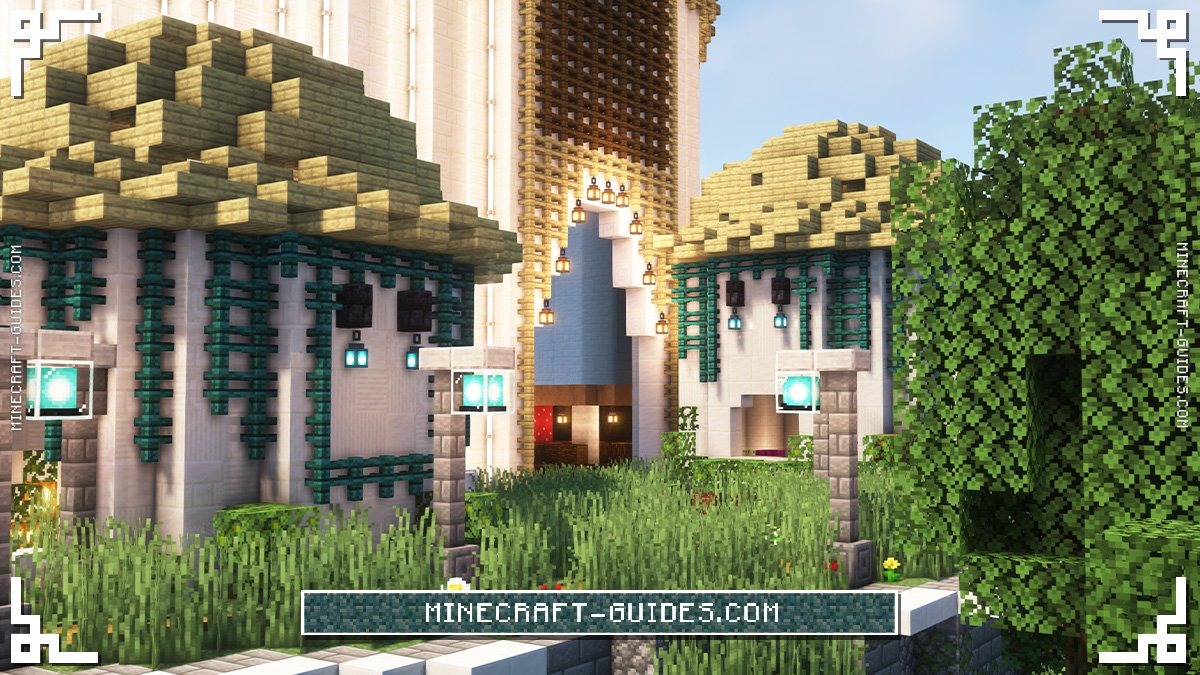 You can find multiple Elytra’s, Enchanted Netherite equipment and even multiple blocks of Diamonds, Conduits and Shulker Shells. So searching these Chests give items that are usually locked behind the Nether and End Dimensions.

Inside the large room that contains a tree, some hidden Doors can be found of different colors. These are Red, Yellow and Blue, and they need the corresponding keys to be opened.

As you progress through the Dungeon, you will need to kill creatures, solve Redstone Puzzles and battle your way through multiple rooms. As you do so, more Chests can be found.

These will contain more colored keys, allowing you to progress through the Dungeon. But you’ll also find some more powerful items, like Nether Stars, Dragon Heads and Ghast Tears. It’s even possible to find Shulker Boxes filled with Totems of Undying.

Once you’ve reached the end of the Dungeon, you’ll find yourself in a large grassy room. At the center is a Levitation Crystal. If you pull the Lever next to it, then you’ve officially Conquered the Castle, and you’ll now be able to break blocks.

As of Minecraft 1.18+, a new mechanic was implemented. After defeating the Dungeon, players can hold the Levitation Stone next to the Levitation Crystal.

Enter one of the following words into Minecrafts chat: “BARUSU”, “BALSE”, “BALUS”, and then once again to confirm. The Castle in the Sky will slowly destruct and fall apart, leaving only the tree behind.

Castles are only available to spawn in the Overworld, and the minimum distance between them is 10,000 blocks. So don’t expect them to spawn close to eachother.

The placement or breaking of blocks is disabled until the Levitation Crystal has been disabled by pulling the Lever. Mobs in the Castle are also able to drop colored keys, which can be used to unlock doors in the Dungeon.

The links above will take you to the CurseForge page for the Castle in the Sky Mod. It’s recommended to only download mods from CurseForge, as they are vetted to ensure that they’re safe, and you’re also supporting mod developers.