Autumnity adds an Autumn & Fall theme to Minecraft, with an assortment of new biomes, mobs, foods, and blocks available. The mod allows you to collect new Wood, find Snails and Turkeys and create Giant Pumpkins.

Autumnity introduces a few new Biomes, which are the Maple Forest, Maple Forest Hills, Orange Spotted Dark Forest, Pumpkin Fields, Red Spotted Taiga, and Yellow Spotted Forest. Each of them contains Maple Trees, which have Red, Yellow, Orange, and Green Leaves, the Wood is the same. 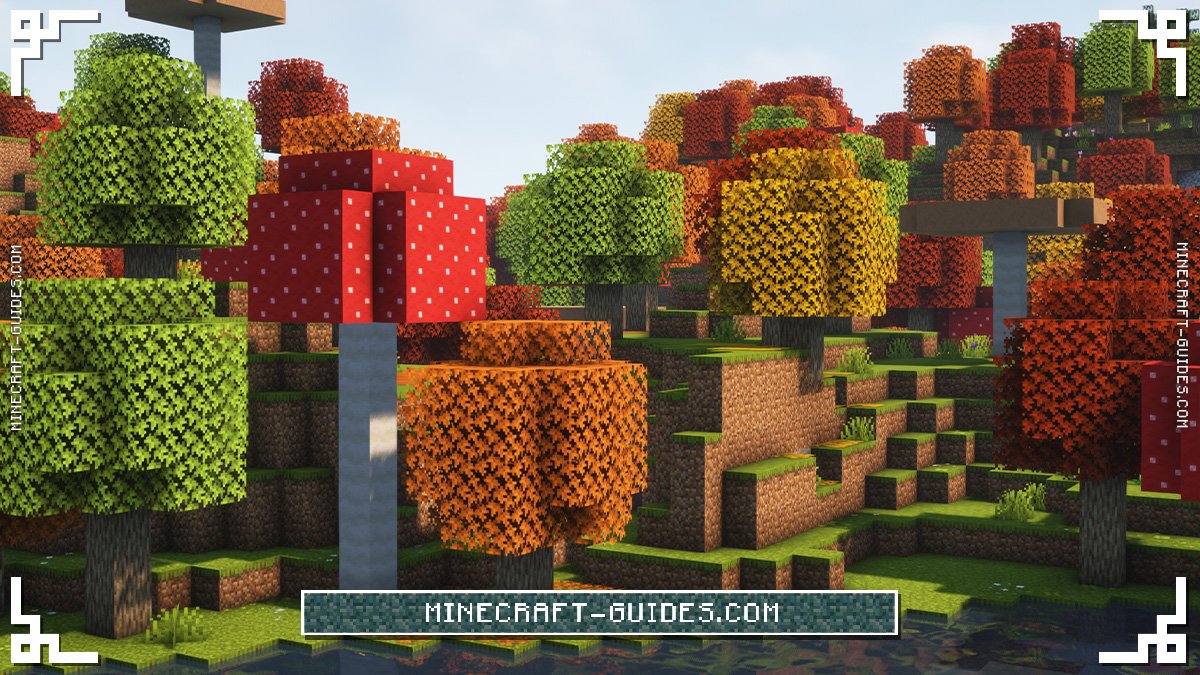 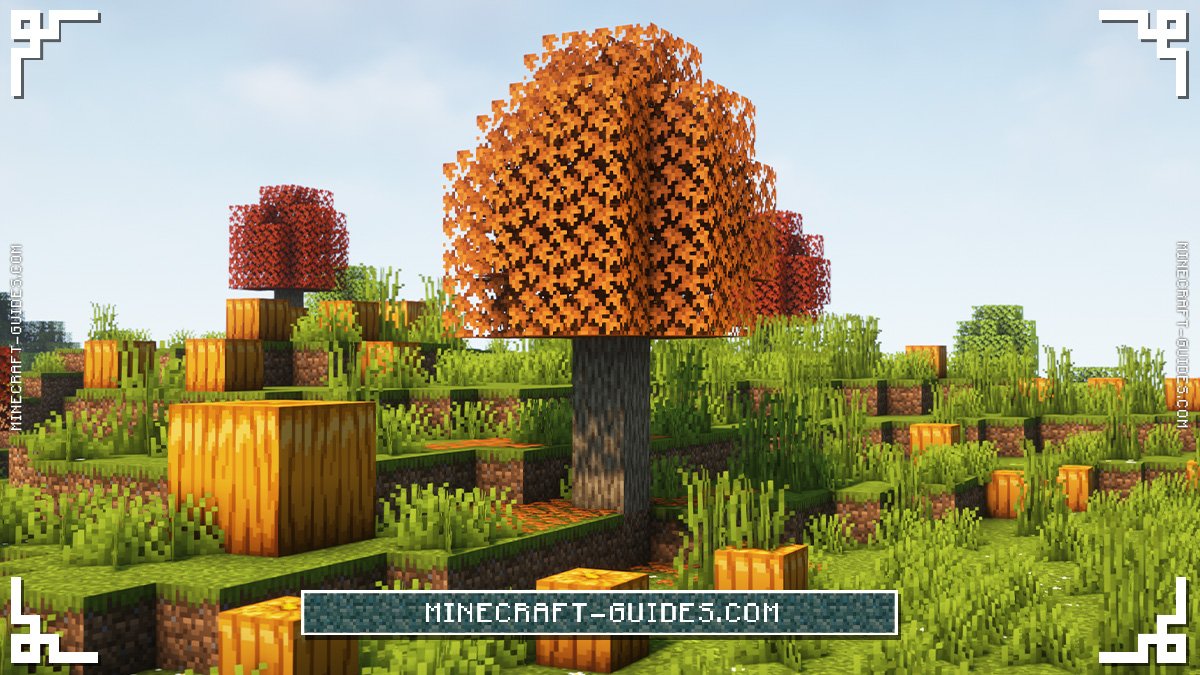 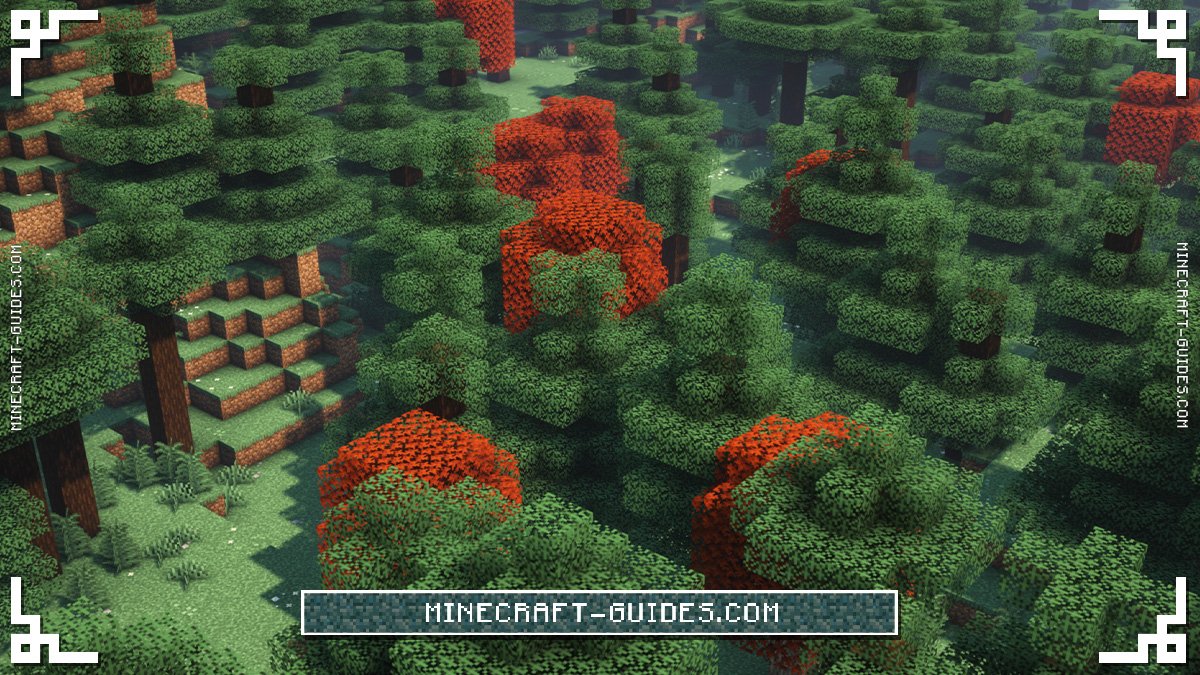 Maple Trees can be chopped down and turned into a new color of Planks which are slightly orange in color. These can then be turned into Fences, Stairs, Doors, and more. Each Maple Tree has a Sapling for each color of Leaves.

Leaves will fall from Maple Trees, improving the atmospheric feeling a lot. The Pumpkin Fields Biome also contains Giant Pumpkins, which are 8 Pumpkins connected together. Using a set of Shears will carve the Pumpkin into a face.

Pumpkins can later be used in some food recipes. Combining them with Syrup and Wheat will create Pumpkin Bread. Also in these Biomes is some new mobs, which you can read about in the next section.

The first mob that can be found with Autumnity is the Snail. These slowly patrol through the Maple Forest Biomes, and when attacked, they’ll hide in their Shell. Snails can be bred by giving them Mushroom Stew.

When a Snail grows up, it becomes too big for its Shell, and it shed a piece of Snail Shell which can be collected. These have a few uses, with the first being some new decoration blocks.

But 8 of them can be combined to create a Snail Shell Chestplate, which provides Resistance III and +10 Knockback Resistance. Snails can also drop Snail Slime, which can be used to create Potions of Extension.

There are also Turkeys, which tend to roam locations like the Pumpkin Fields. Unlike Chickens, they attack the player back if they’re hit, and drop items like Raw Turkey and Feathers.

Raw Turkey can be cooked and eaten. Or place 5 of them in a Crafting Grid to turn them into 5 Turkey Legs. Some other new foods provided by Autumnity is Pancakes and Foul Soup.

The links above will take you to the CurseForge page for the Autumnity Mod. Specifically, they direct you to the download for your chosen version of Minecraft. Learn more about why you should only download files from CurseForge.