Structures are an integral part of exploration in Minecraft. They often contain loot to further gameplay, or just a place to rest during the night. This list is going to take a look at 10 of the best structure mods currently available for Minecraft 1.19.2.

The buttons below will take you to a showcase of that mod, where you can find more information and download them for Minecraft. Make sure to read our other Minecraft 1.19.2 Mod Lists too, for more great mods! 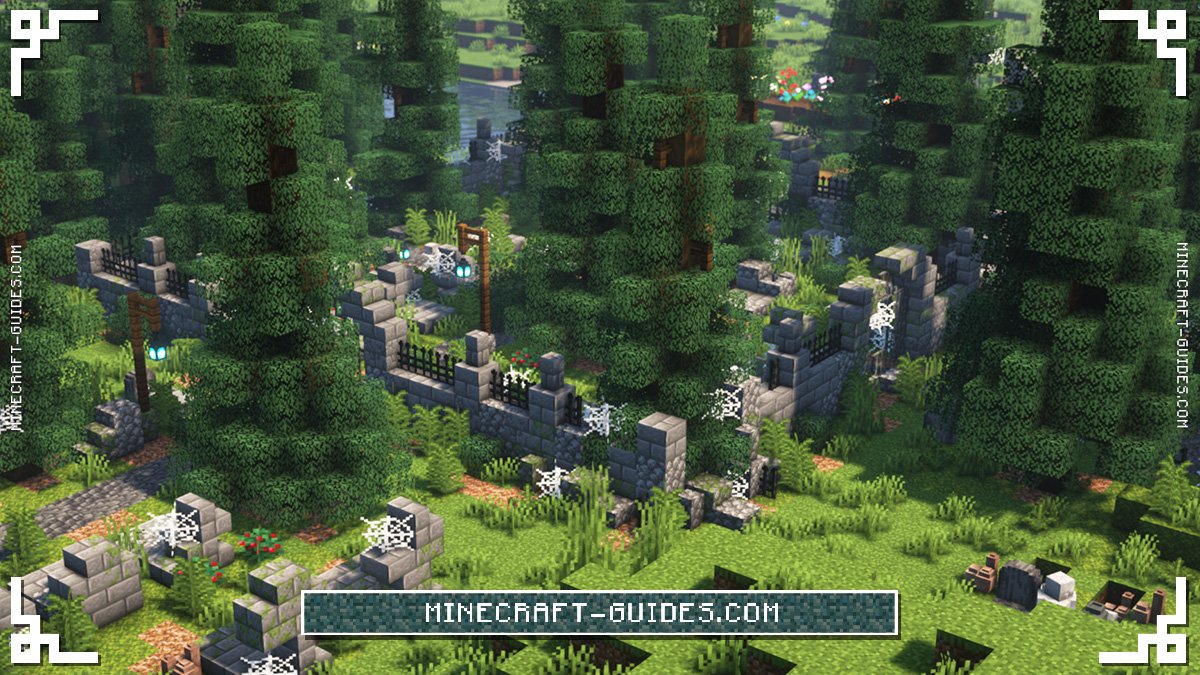 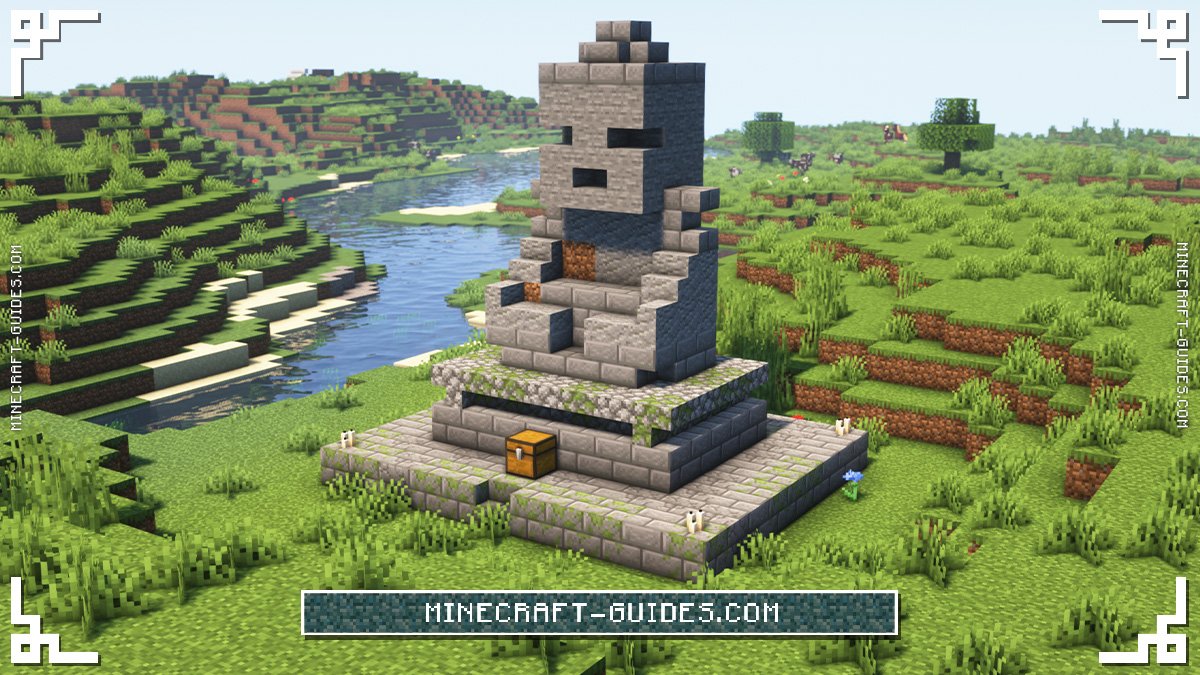 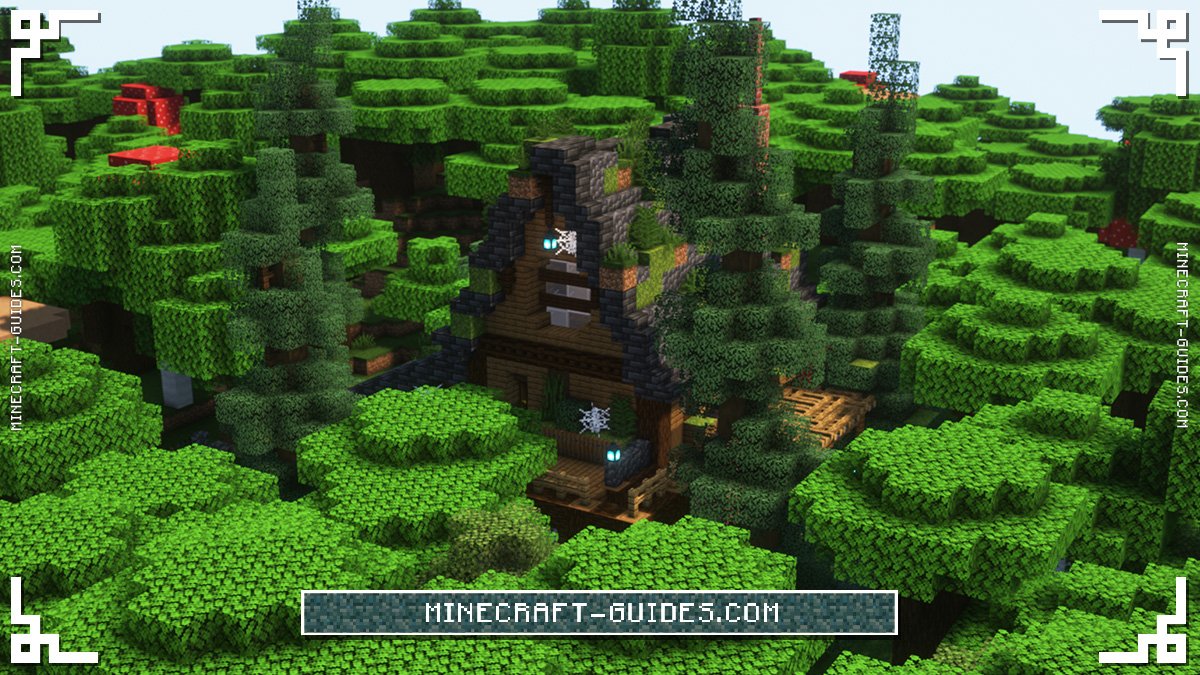 While the Graveyard does add a lot of structures into Minecraft, it provides so many extra features. You’ll find dungeons, mobs, biomes, new equipment and so much more as you progress through it.

Though with this list being about structures, let’s take a look at those. With The Graveyard installed, you can find structures like the Haunted House, Graveyards and Crypts, which all add a horror element to your world.

Exploring these locations aren’t easy either. Plenty of new creatures are included with The Graveyard, such as Skeletal Creepers, Ghouls and Revenants. But if you do make it inside, there’s lots of loot to find. 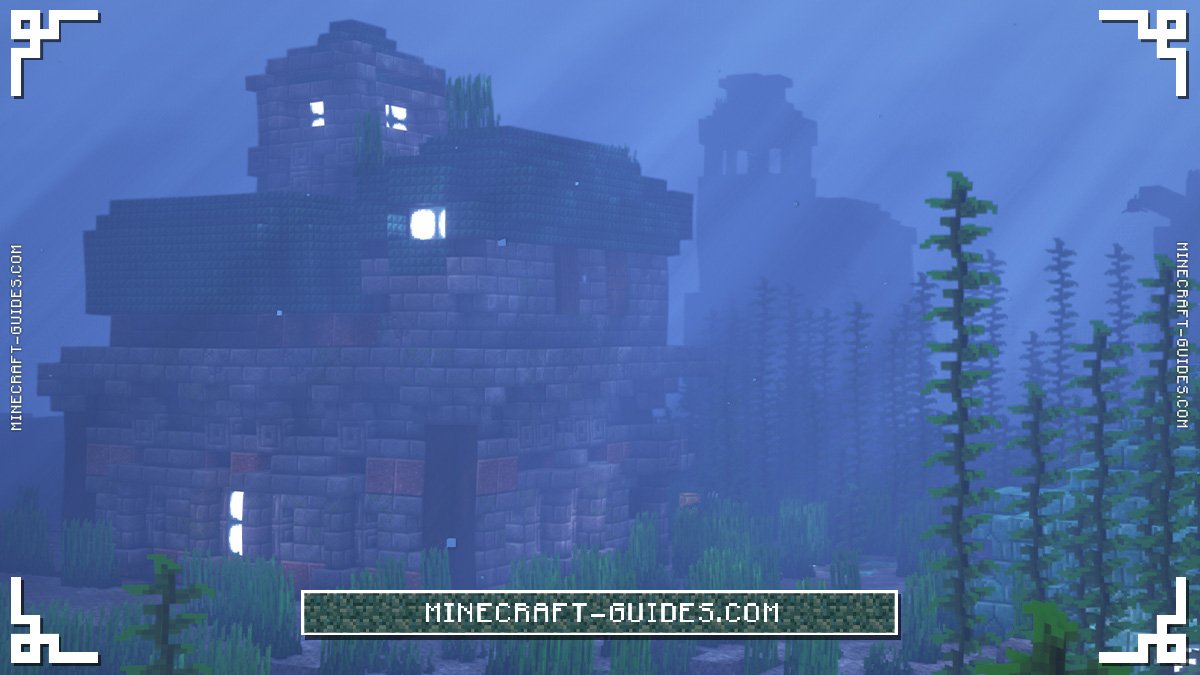 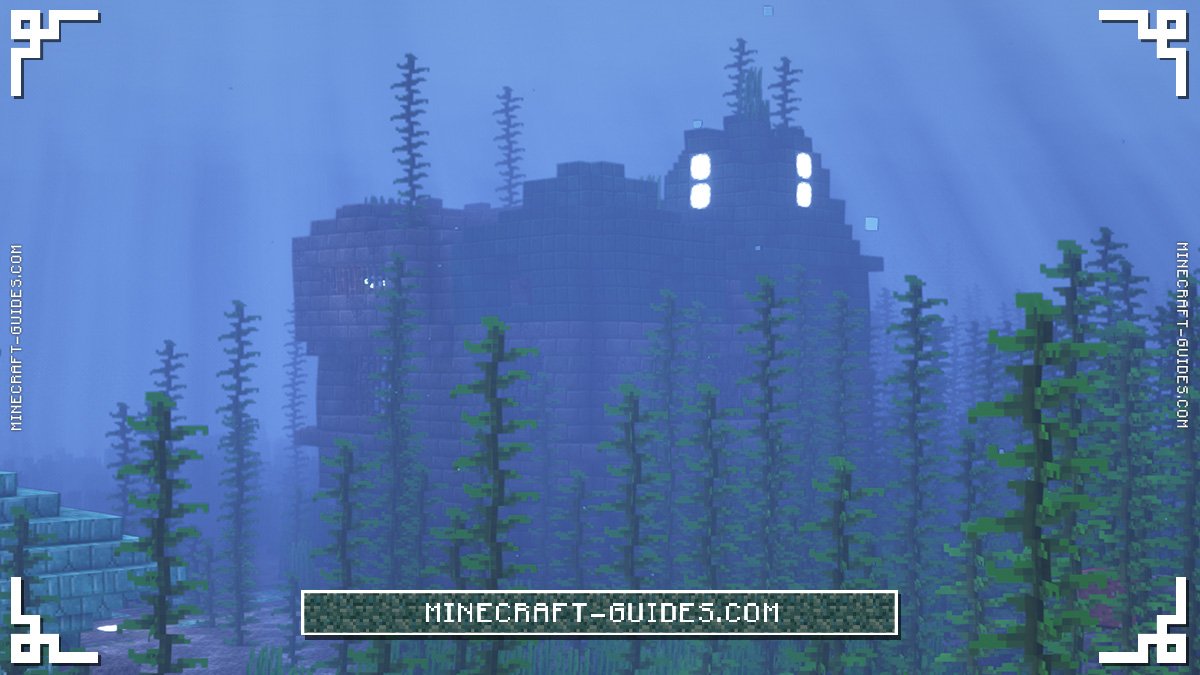 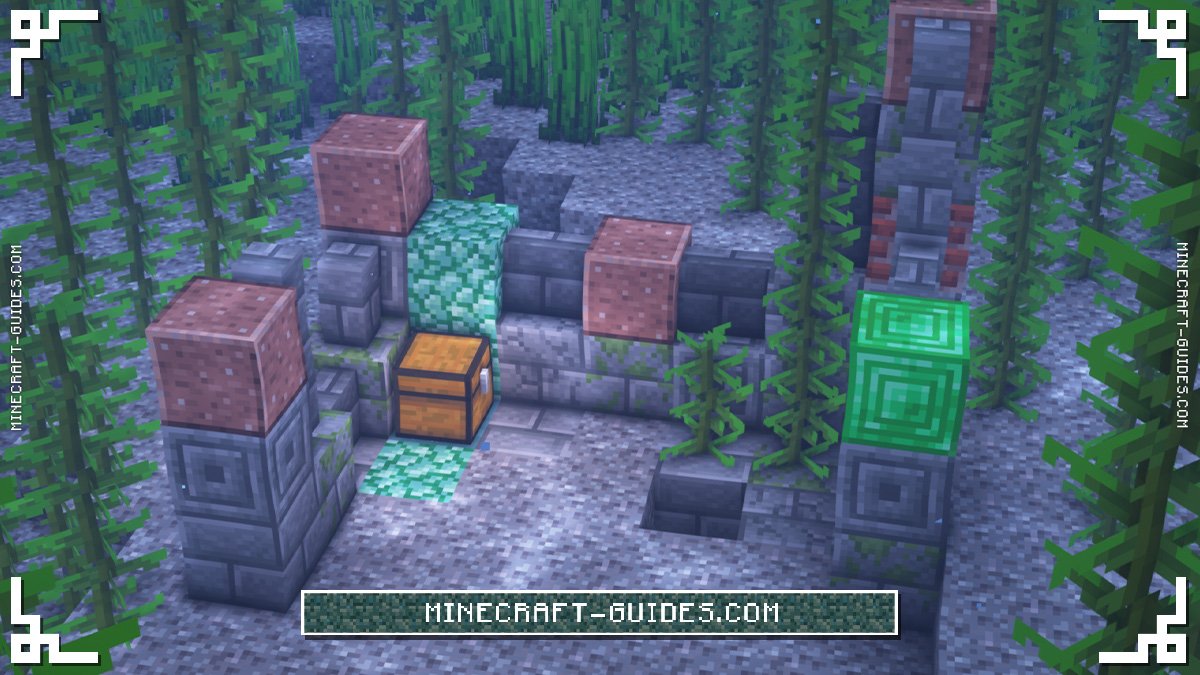 Instead of adding some new structures into Minecraft, installing Hopo’s Better Underwater Ruins will overhaul some of the existing ones instead. Specifically the Ocean Ruins, which come in some different sizes.

When exploring the Oceans, you’ll find that Ocean Ruins are now much larger, with them feeling like small towns almost instead. Though they’re still inhabited by hostile Drowned, so keep that in mind.

With the increased size of these structures, you’re going to need some diving equipment, especially to aid breathing underwater. 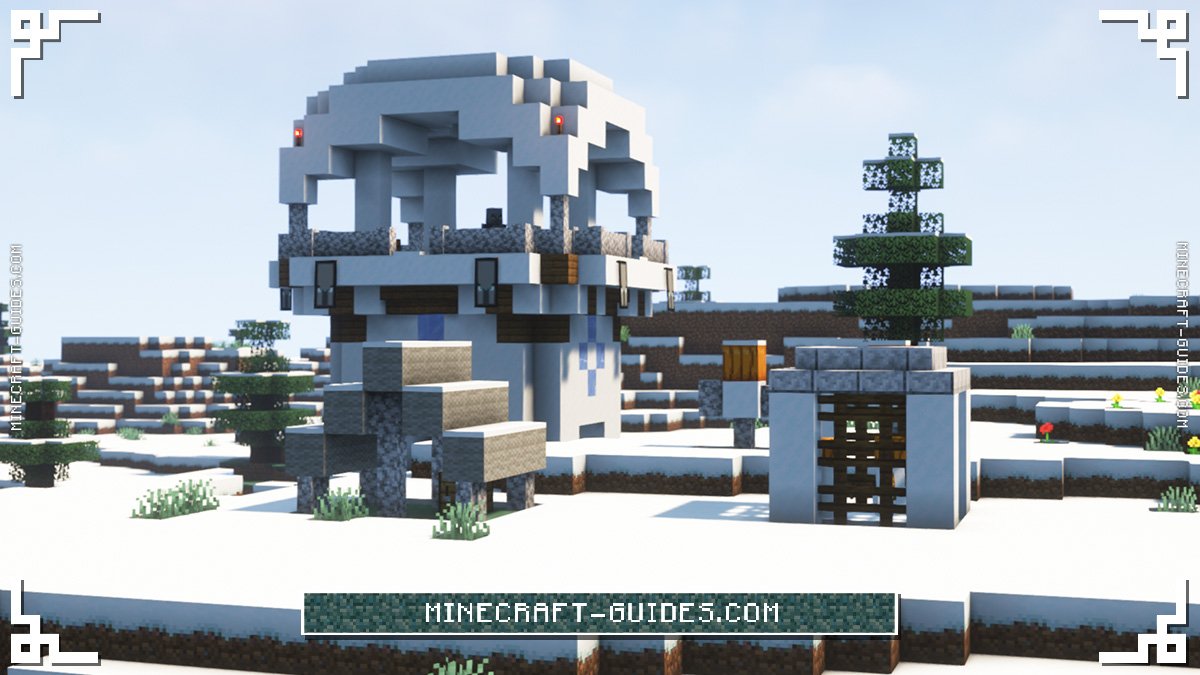 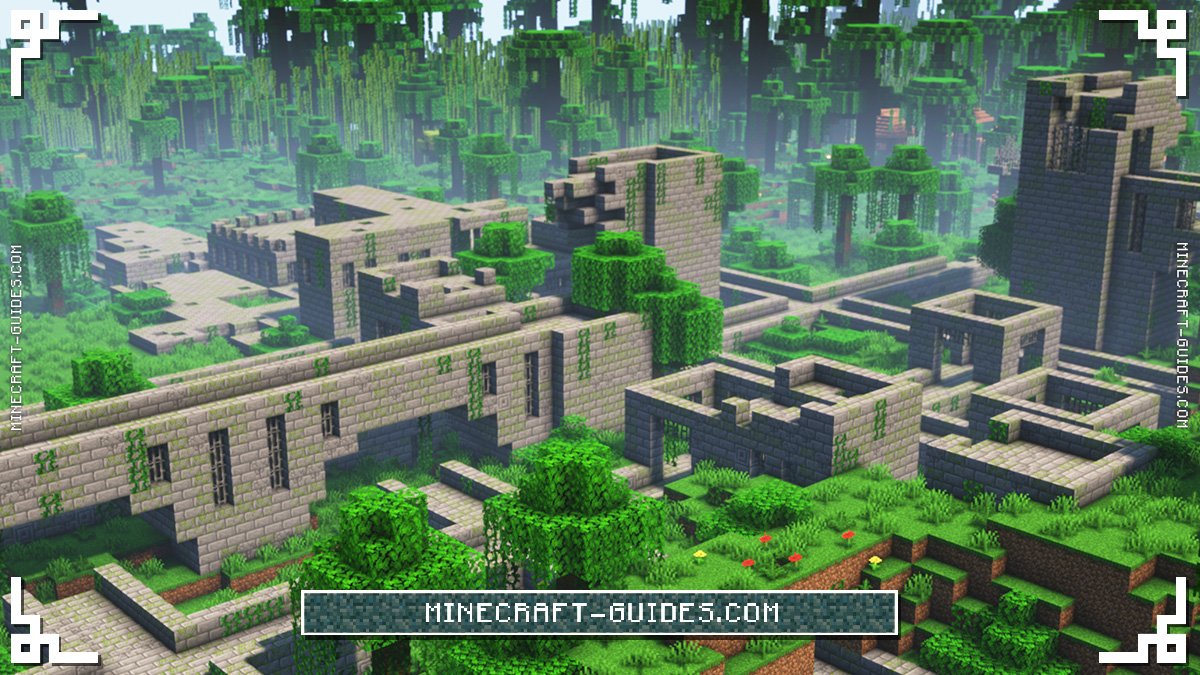 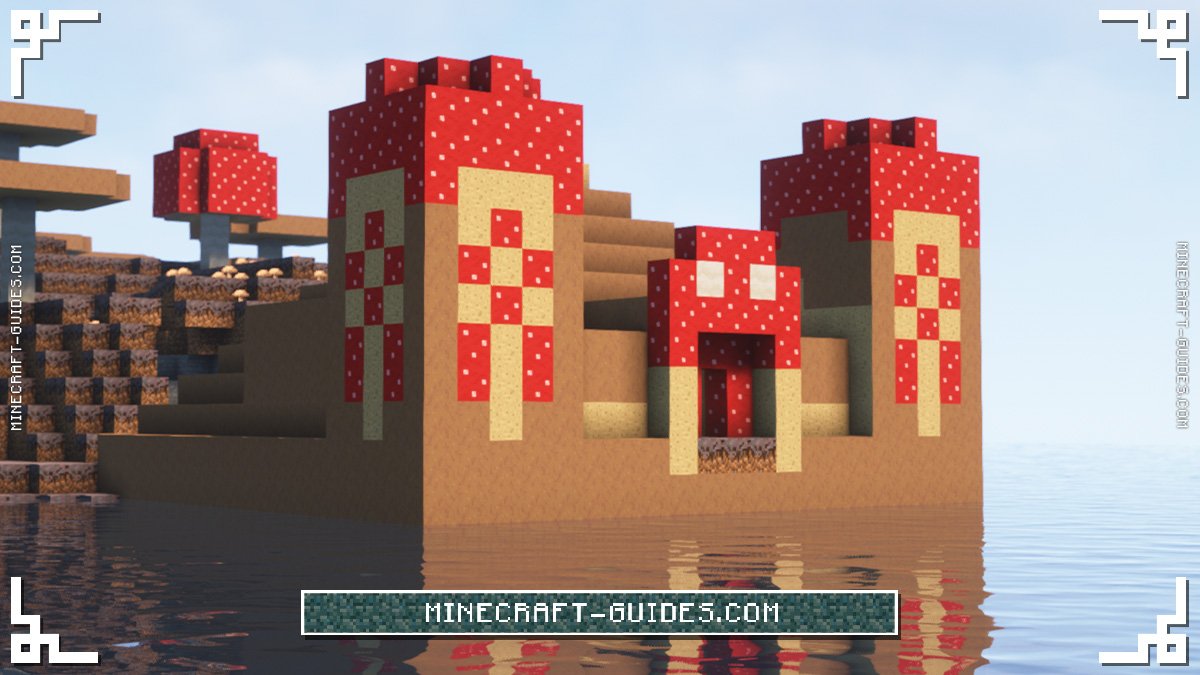 Repurposed Structures doesn’t actually add any new structures into Minecraft either. Instead, it redesigns all the existing ones, and even moves them around a little between dimensions.

One of the biggest changes comes to the likes of Nether Fortress’ and End Cities, both of which can be found in the Overworld. Ancient Cities, which where introduced with Minecraft 1.19 can also be found in both the Nether and End too.

Although the core feature of this mod is variety. Structures now have a different design, all dependent on the biome they’re spawning in. As an example, Pillager Outposts can now have Desert, Icy, Jungle, Mangrove and Badlands theme, among many others. 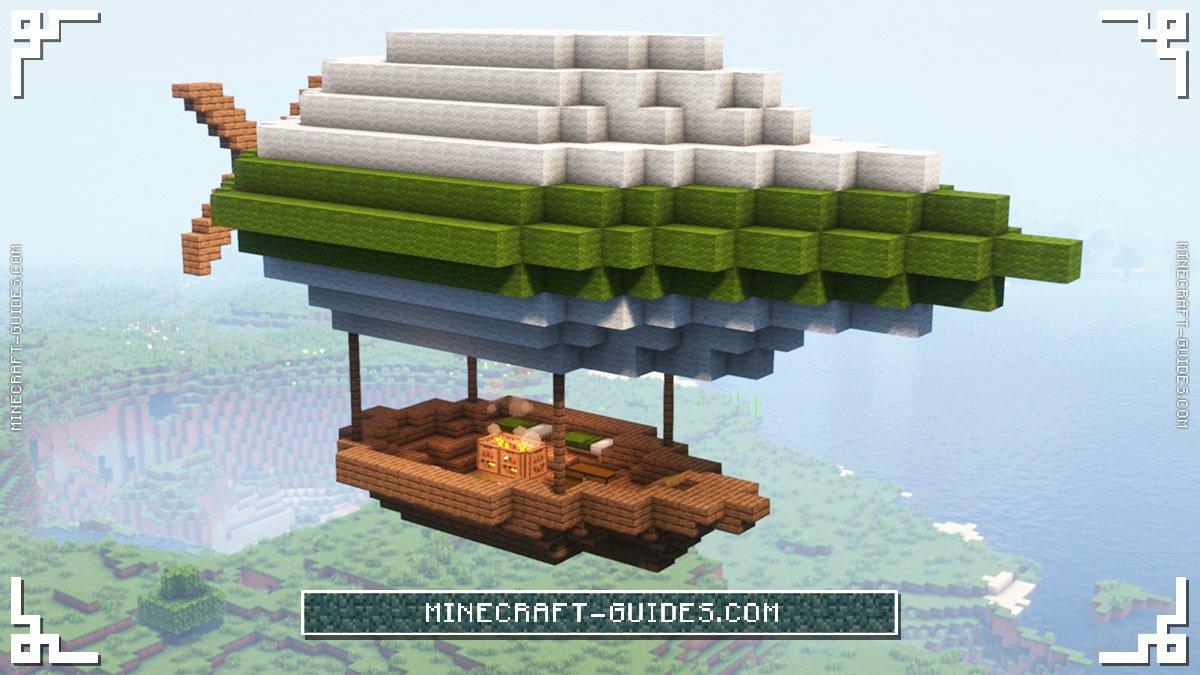 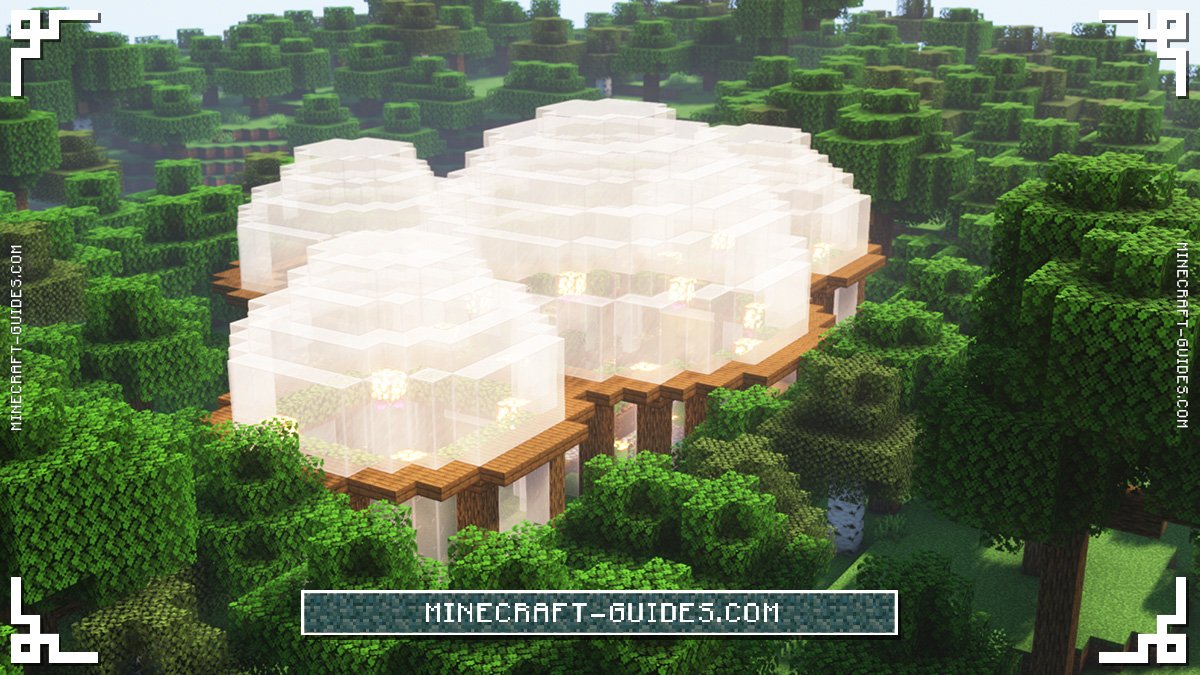 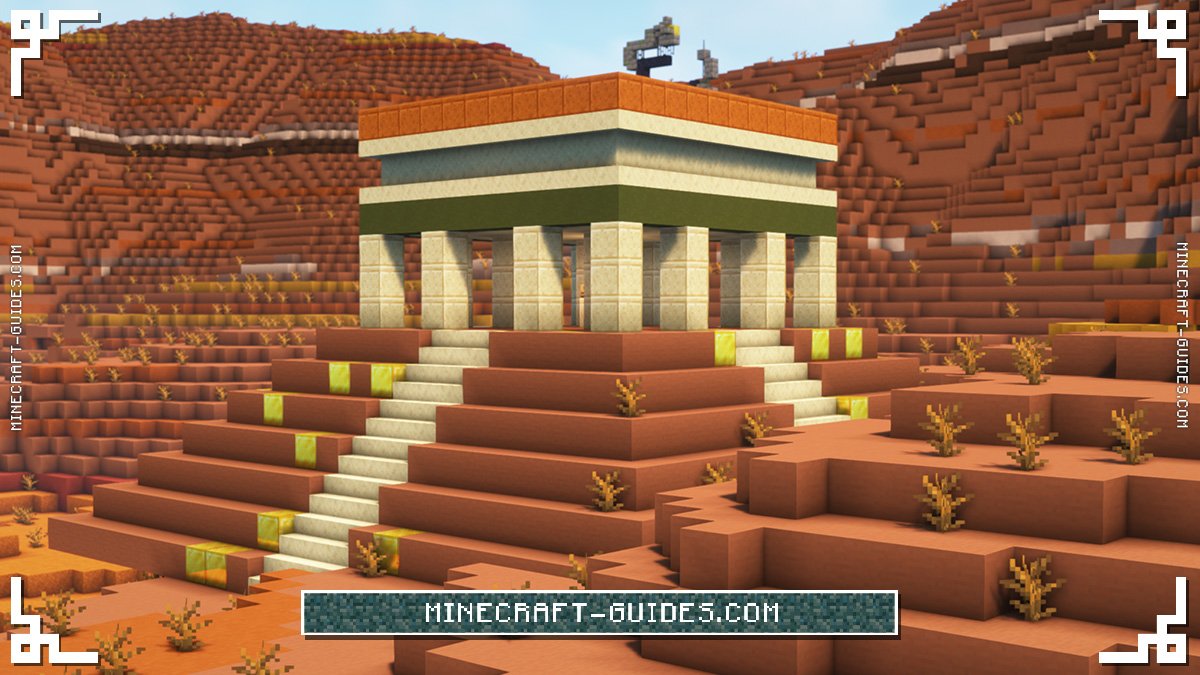 A mod that improves the ambience in Minecraft is Immersive Structures. Right now, the mod adds around 20 locations into the game, which are all within the Overworld.

Quite a few of them are even Dungeons, like the Pyramid which contain multiple rooms underground. Or if you head to the Bandit Camp, you’ll find a campsite which is under the control of Pillagers.

But there’s some more interesting locations too. In the sky, there’s an Airship which has some Chests containing loot. Or there’s houses which are themed around Bees and Cherries, and even a huge Flower Dome. 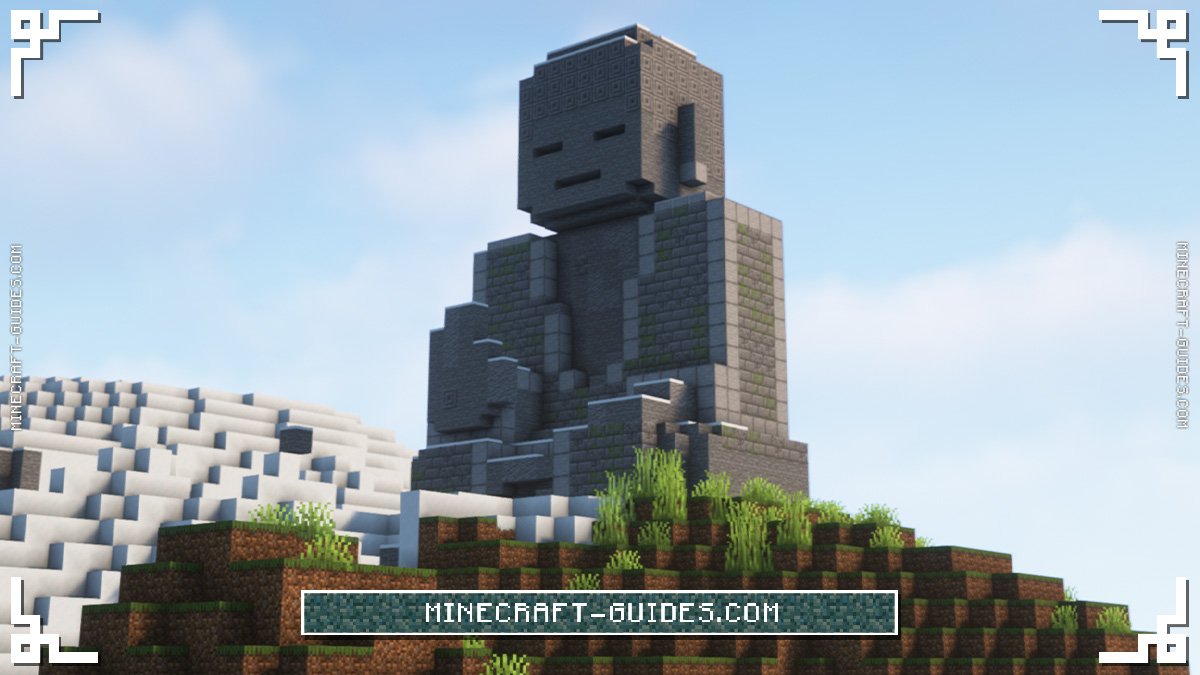 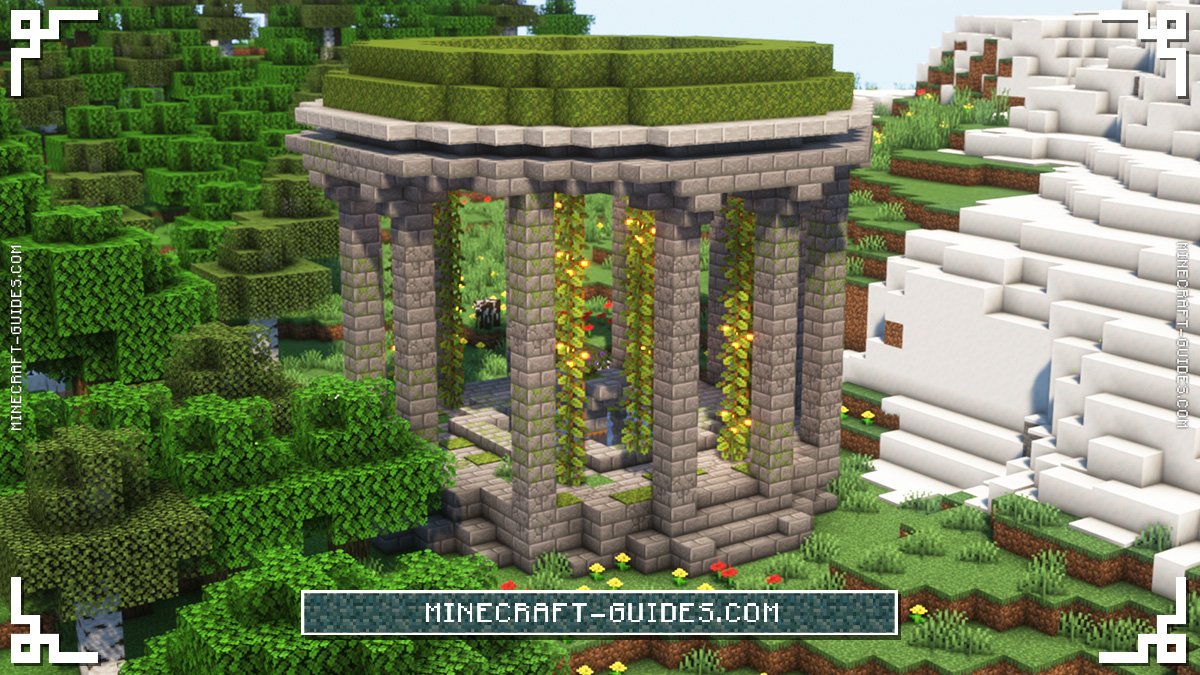 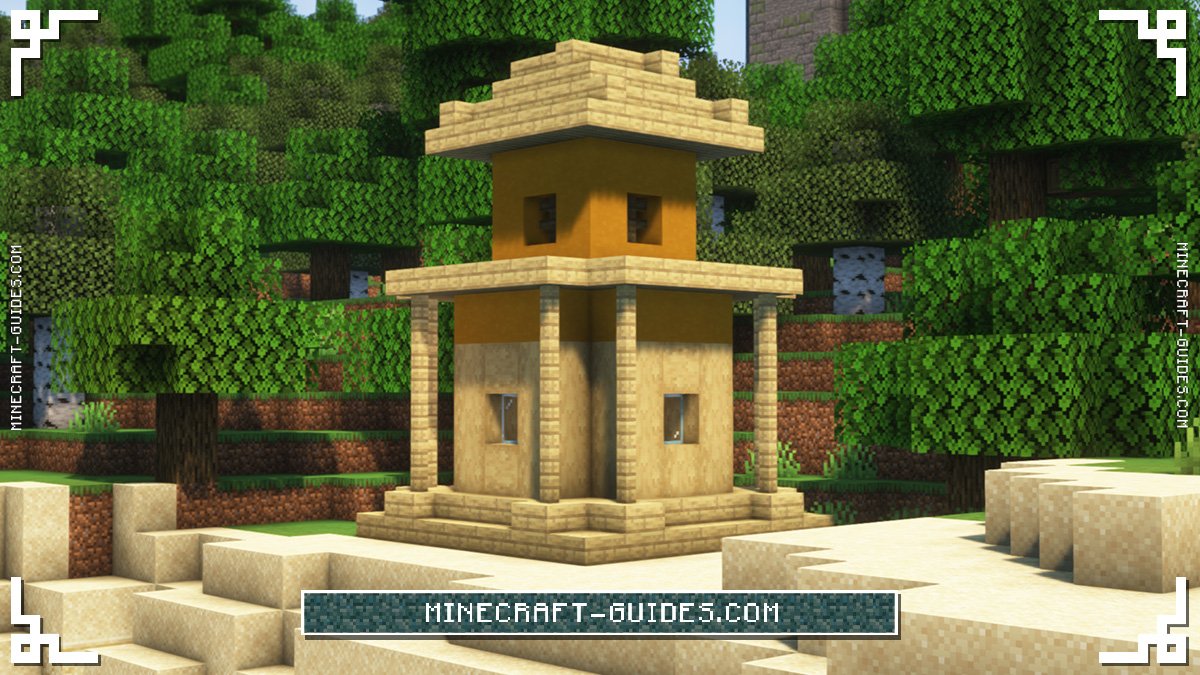 Currently, Red’s More Structures adds just under 20 new structures into Minecraft. This mod was released alongside version 1.19.2, and is the only version it’s available for when it comes to Forge and Fabric.

Included with the mod is locations like Buddha Statues, the Dark Tower, the Flower Oracle and a ruined house. One of the best structures included with Red’s More Structures is the Pillager Home.

There’s 4 variants to these homes, and if you can clear the Spawners, they make great places to live. In the future, we hope to see many more structures added to the mod too. 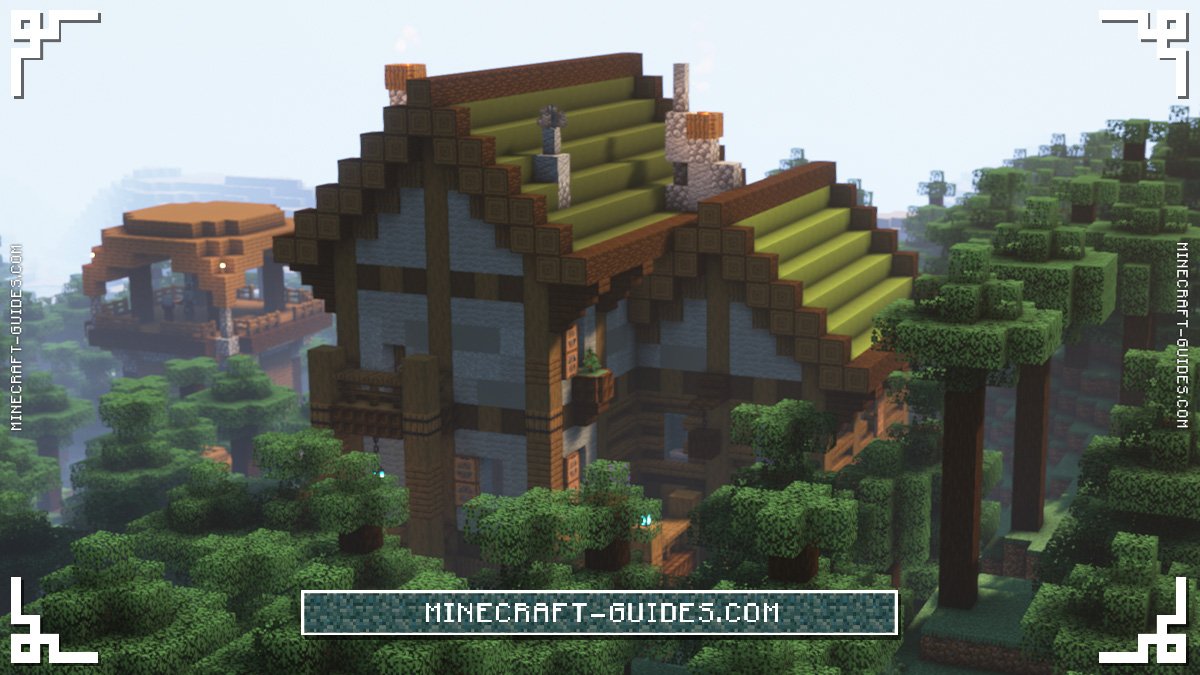 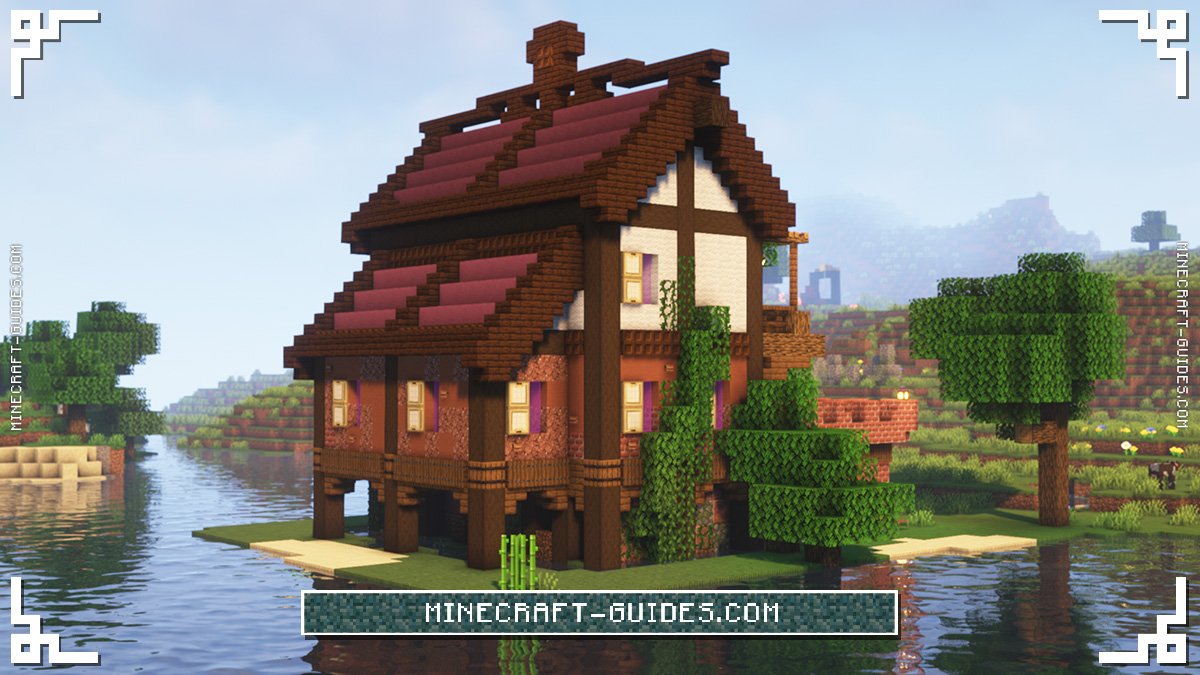 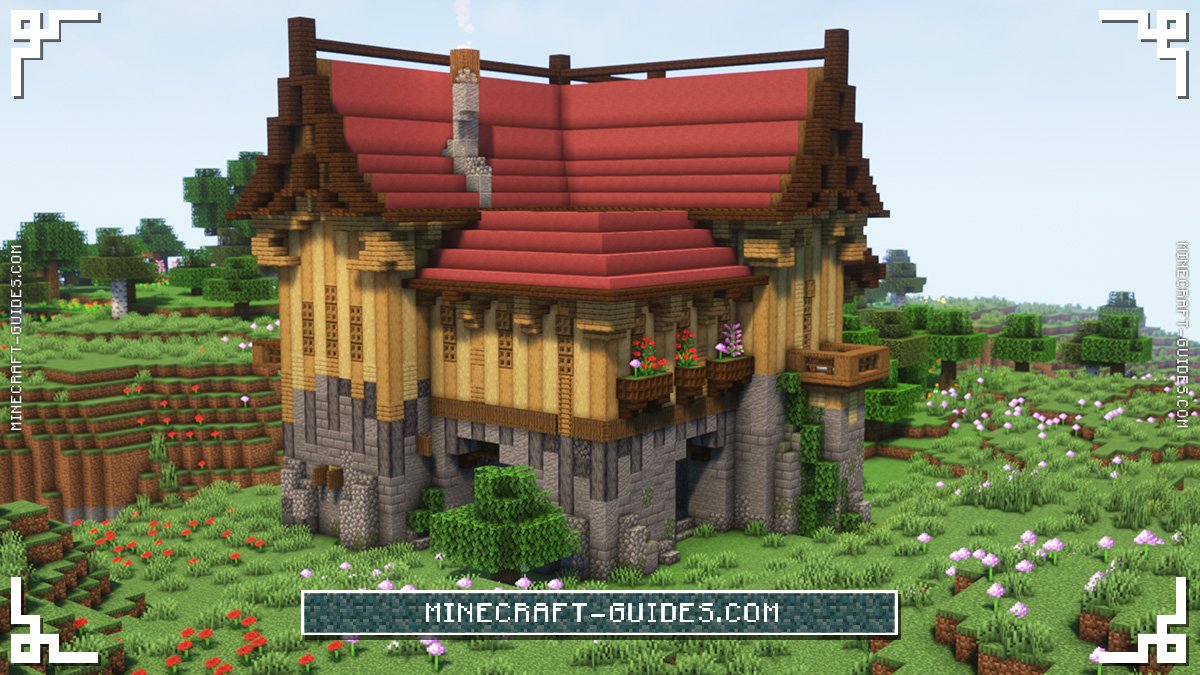 This is probably one of the best structure mods available when it comes to adding homes. Instead of being simple, they’re very well thought out, with tons of space both inside and out.

If you come across one of these structures while traveling, then consider yourself lucky. It would be worth taking ownership, and maybe even redecorating to make the house your own. 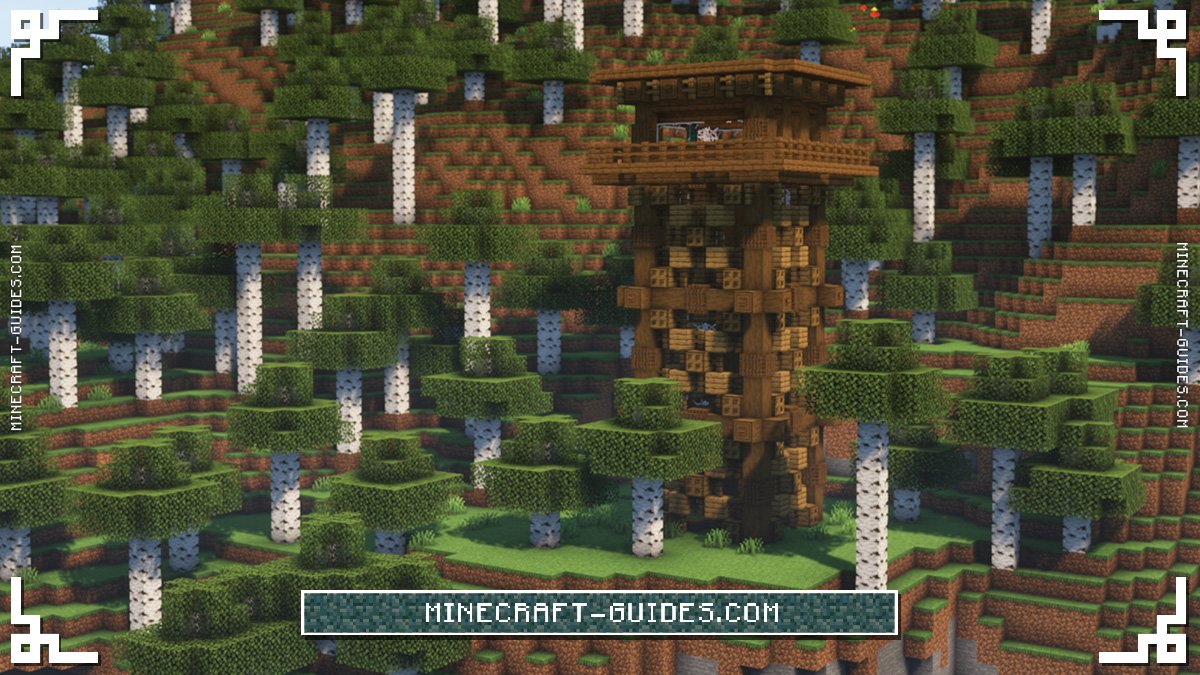 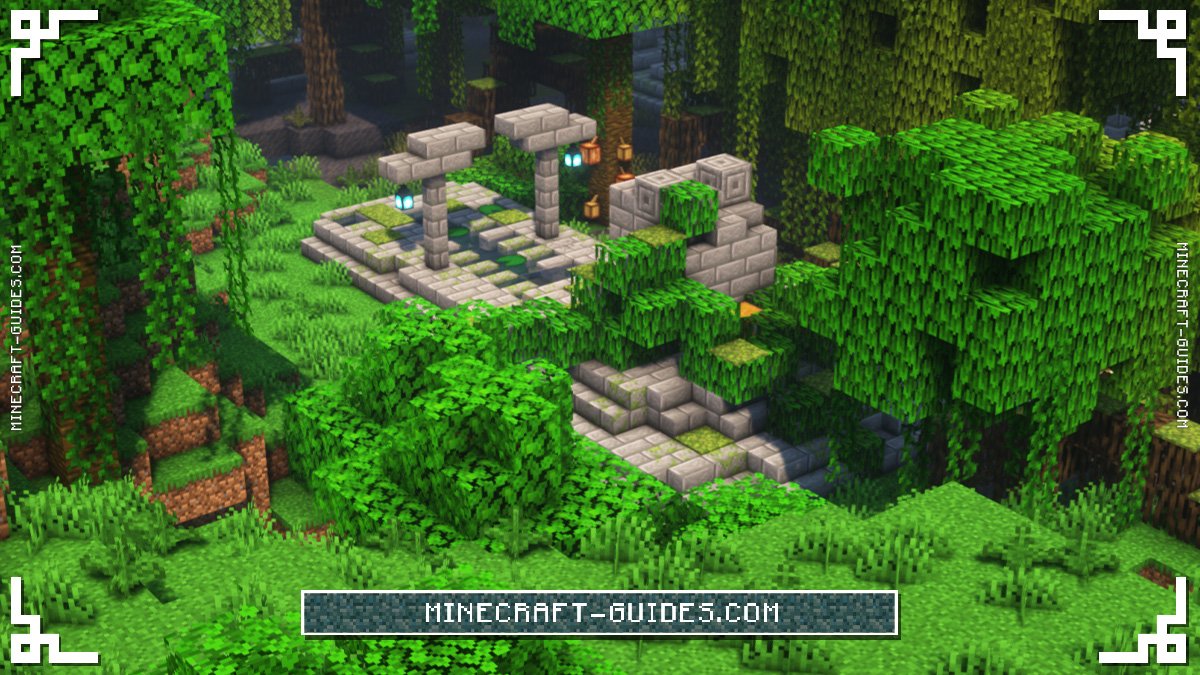 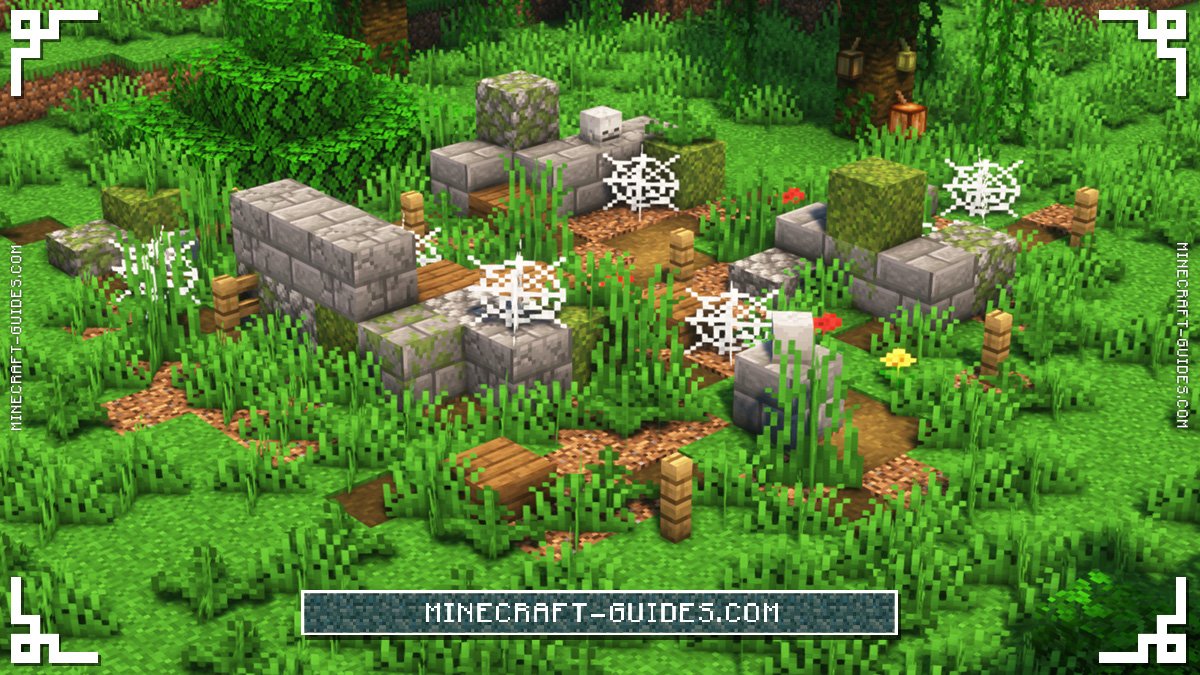 Structory adds some new structures into Minecrafts Overworld. Most of these locations feel ambient, and are mostly there to make exploring more interesting, instead of adding the likes of Dungeons.

Currently, Structory includes the Fire Tower, Boat and Outcast Villager Homes. Though there’s also lots of ruins which can be found spread across different Biomes, with some underground.

Lots of these structures will contain Barrels or Chests which contain loot. While some even contain Pillagers to fight, or Villagers who can be traded with. Most of the loot is also relevant to the structure it’s contained in. 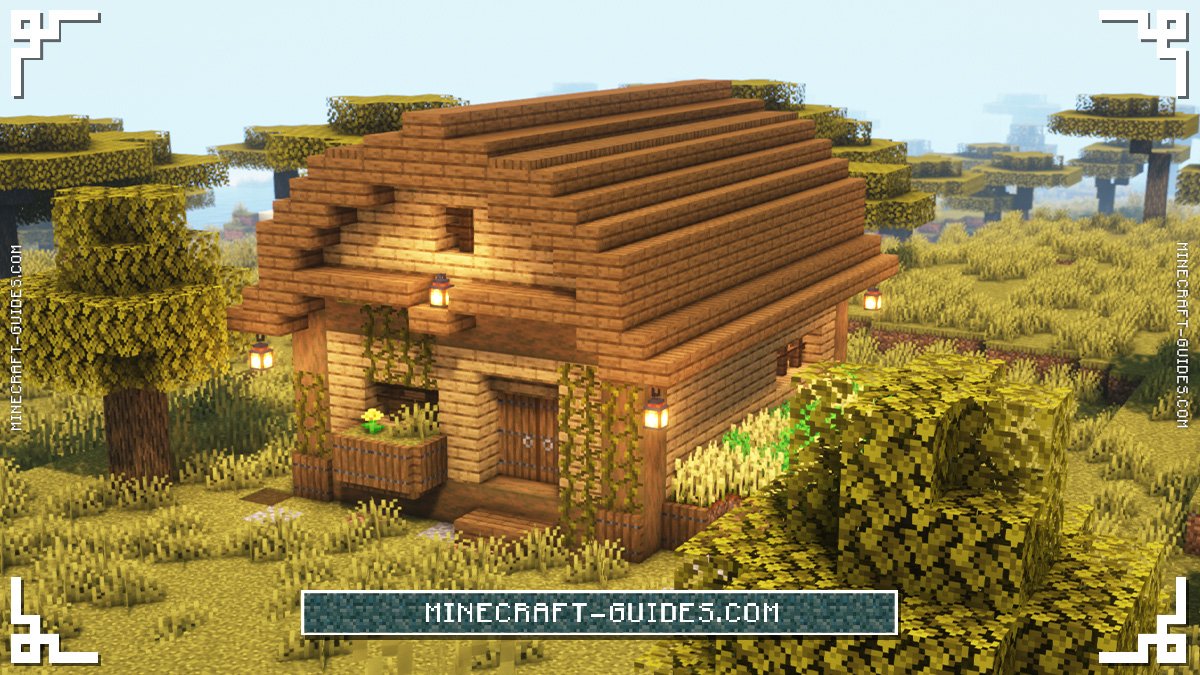 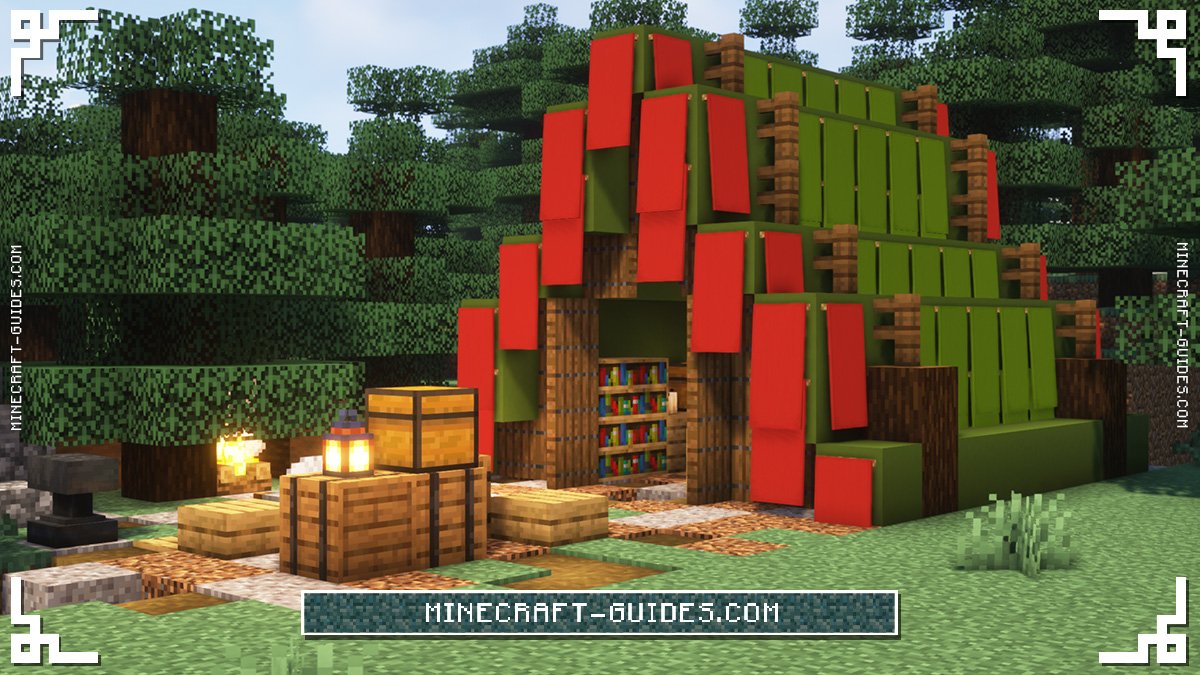 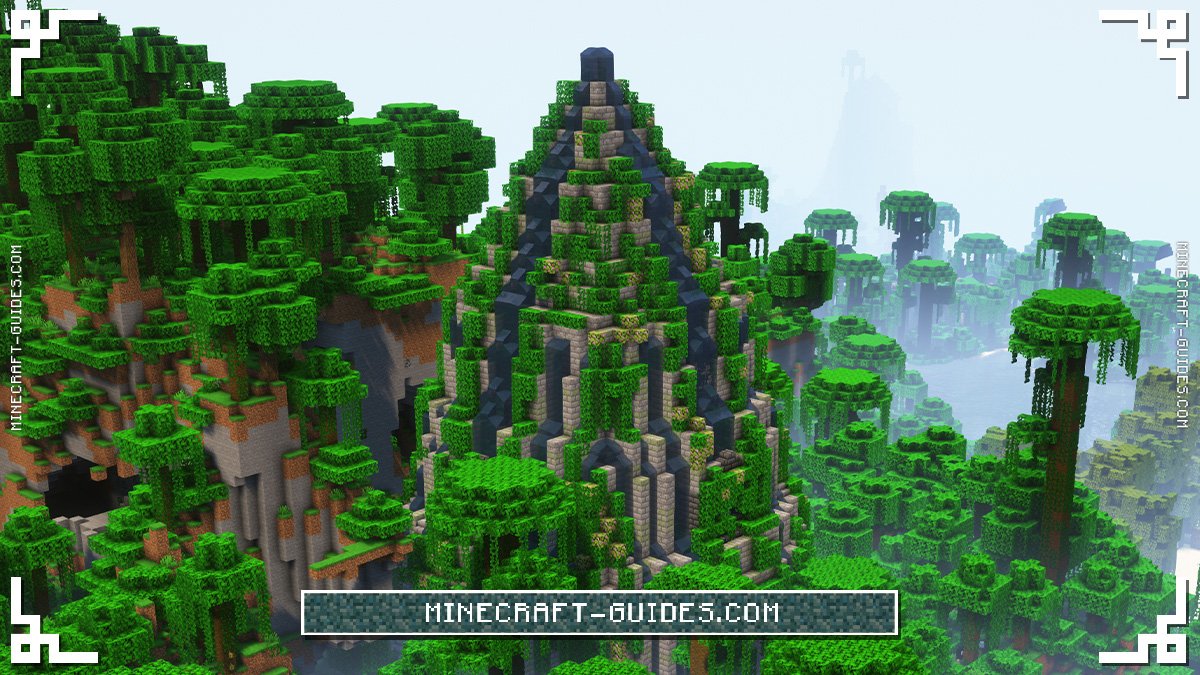 One of the newest structures to enter the scene during Minecraft 1.19 was Moog’s Voyager Structures. The mod includes over 50 structures, which can be found across different dimensions.

Moog’s Voyager Structures aims to stick to Vanilla Minecraft as much as possible. In general, it does a pretty good job of that, as no new blocks, items or mobs are included with it.

Most of the structures you find will be quite small, like trees and rocks. Though bigger ones do exist that can be explored, like floating islands, campsites, houses and barns, which even contain Villagers. 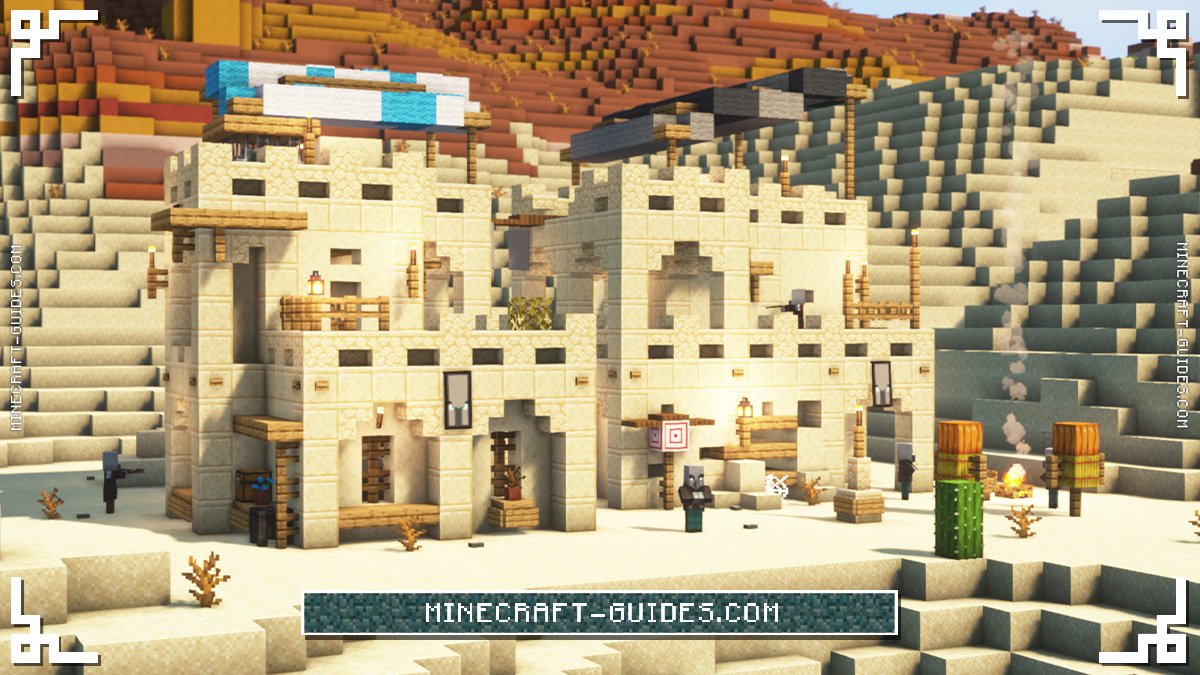 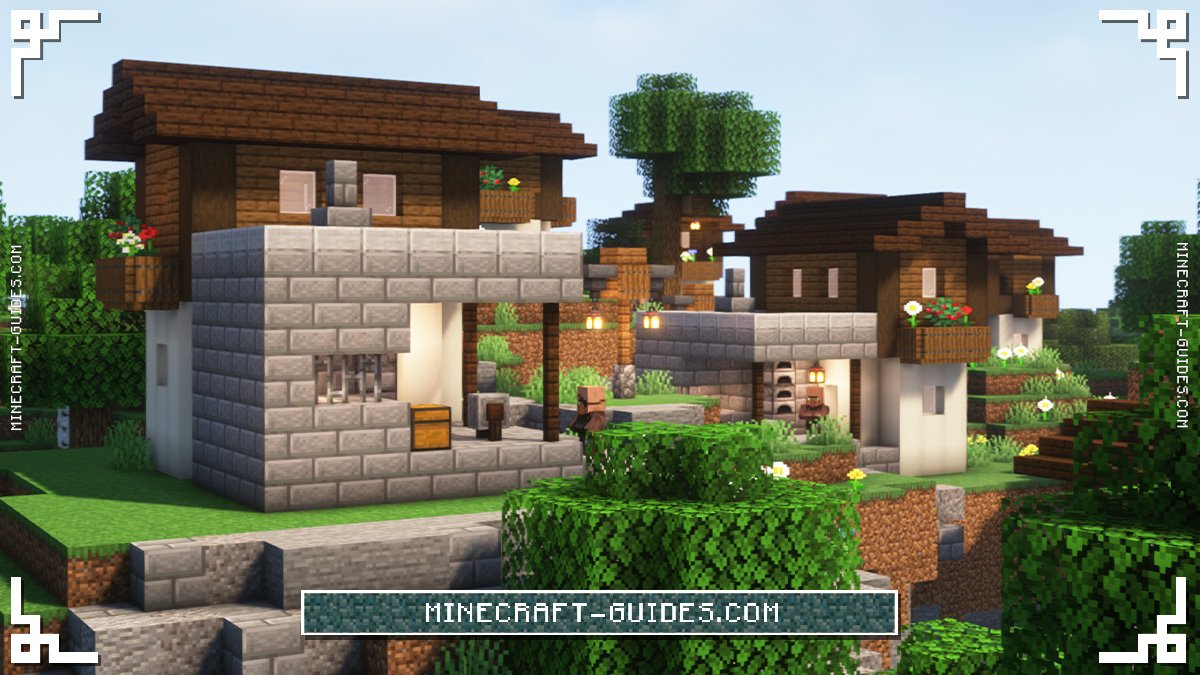 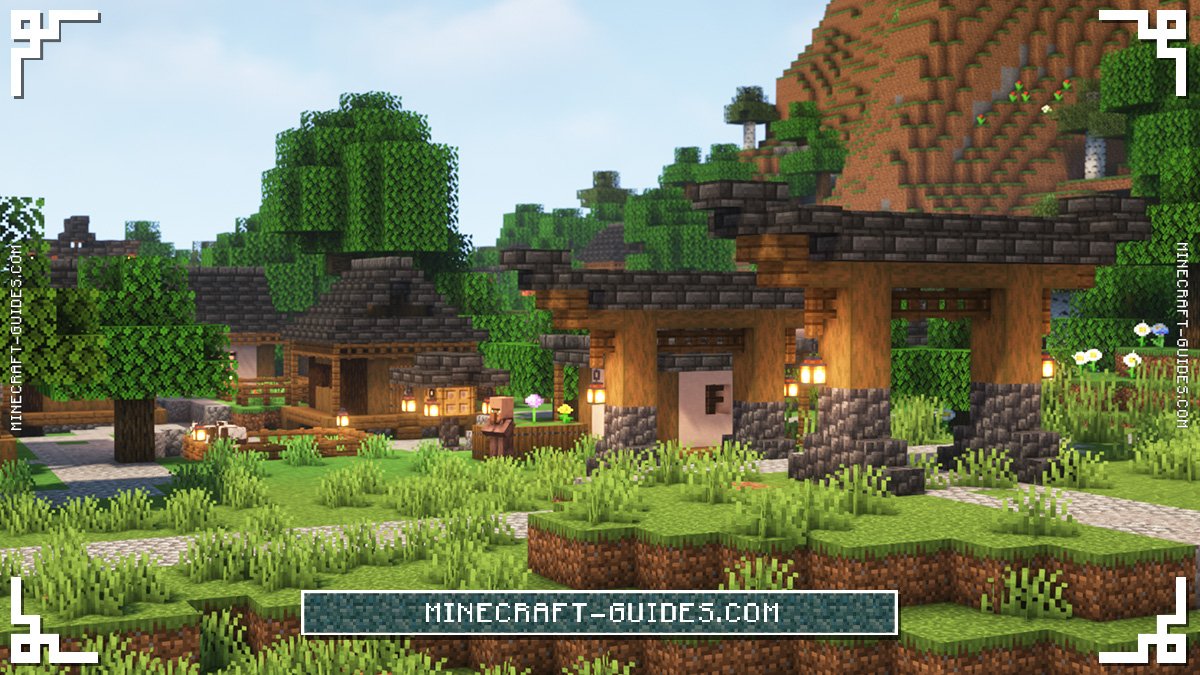 Towns & Towers is a new favorite to many players. With it comes a complete transformation of both Villages and Pillager Outposts, with each one having a new theme and a huge increase to the size of these structures.

In total, there’s 16 new variants of Villages. Not all of them are complete Villages either. Head to the Beach Biome, and you might find a Lighthouse managed by the Lighthouse Keeper. Or on the Snowy Slopes, a Village is more like a Ski Resort in style.

The same treatment is given to Pillager Outpost. Each structure is now unique, compared to Vanilla Minecraft where all Pillager Outposts are identical. Some look like Shipwrecks, Castles, Towers and more.

1
Castle in the Sky 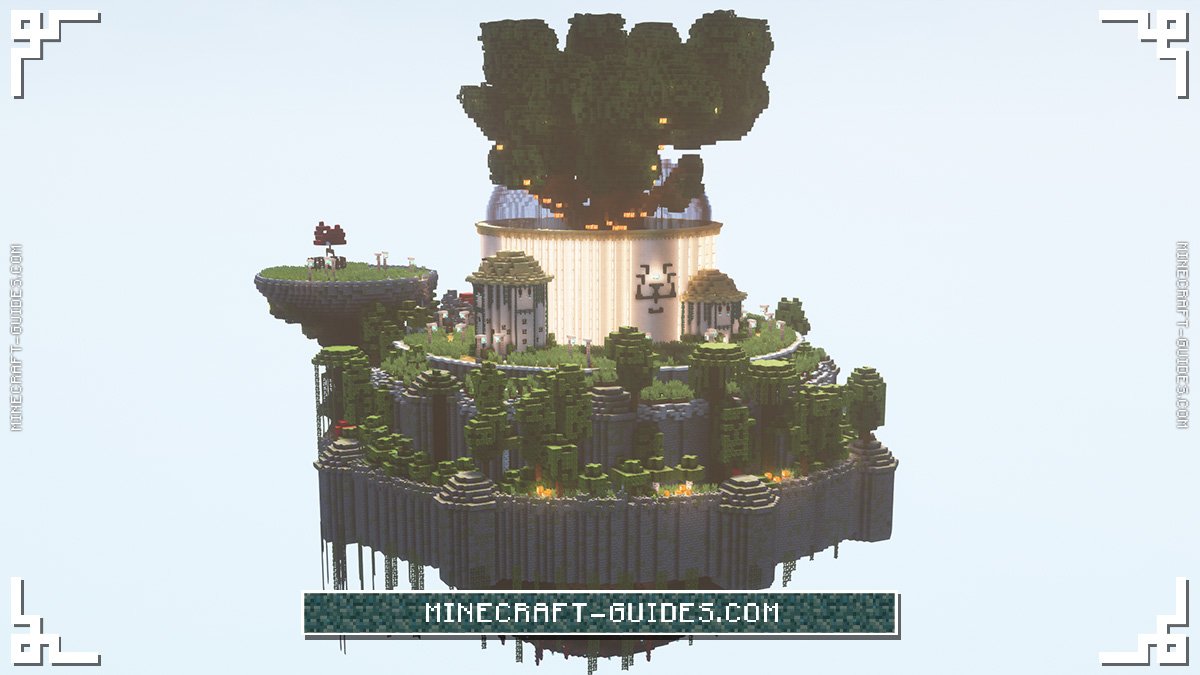 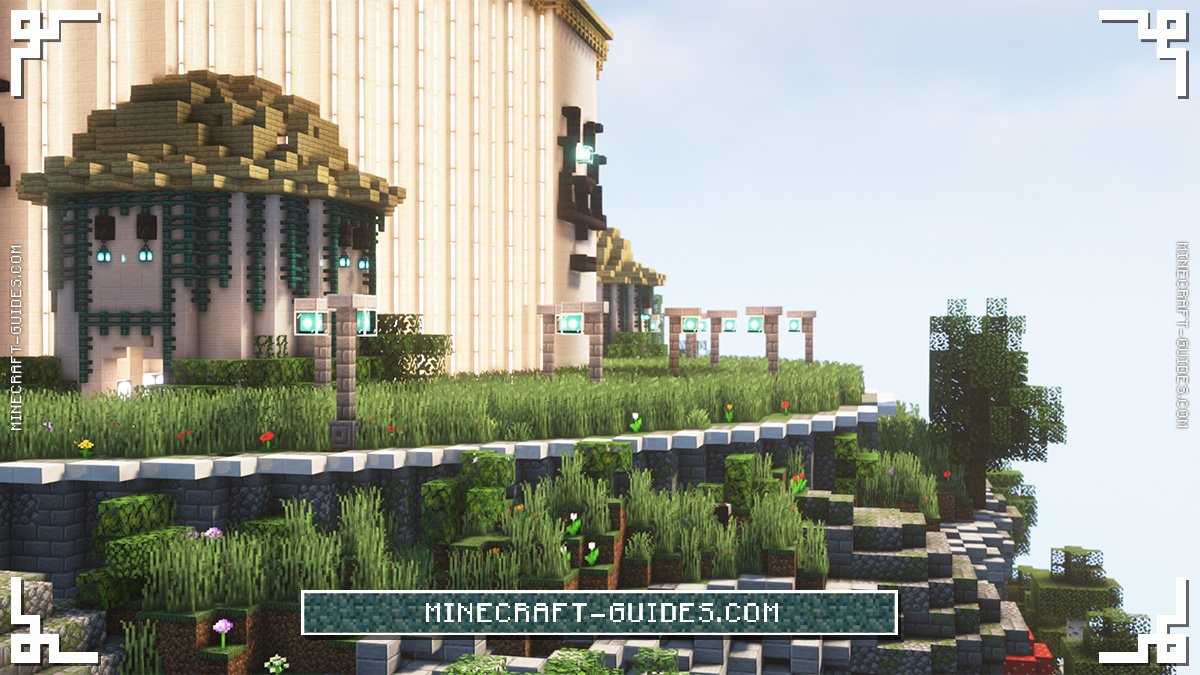 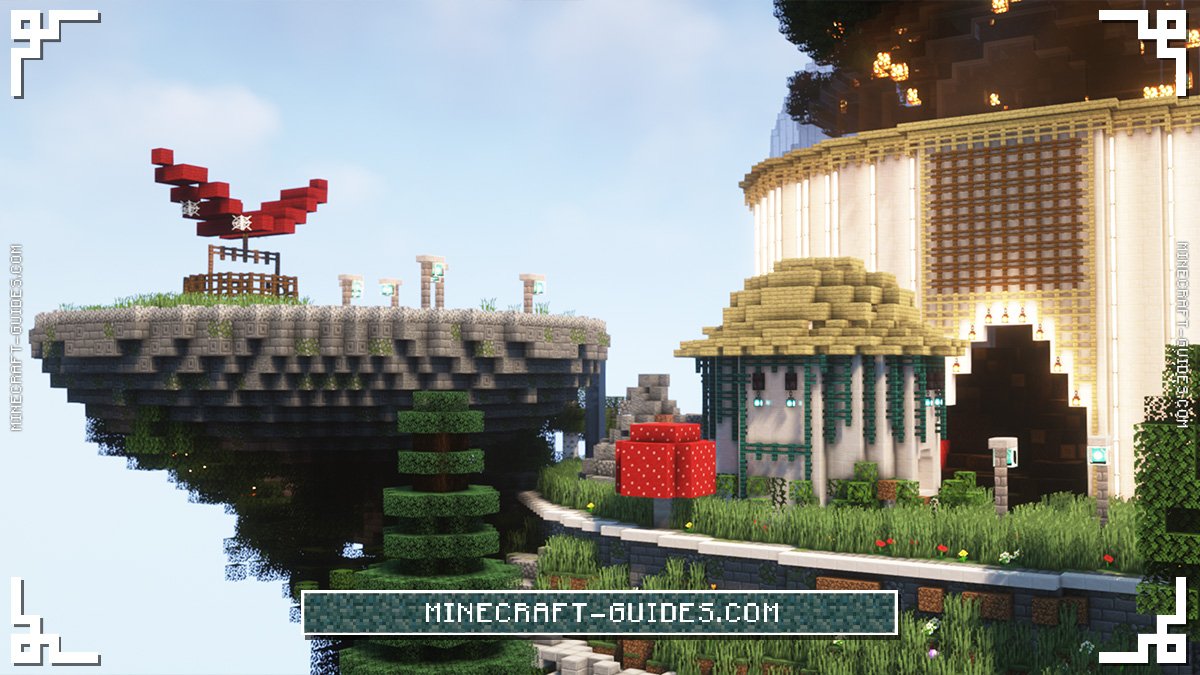 Like the name suggests, installing this mod is going to cause a huge structure to spawn in the sky of your Minecraft world. It’s a floating island, and atop it is a giant fortress, with a Castle in the center.

These structures can be reached by using a Levitation Stone, which will point to, and allow you to fly up to the Castle in the Sky. When up there, you’ll find a large area which could be suitable for building.

Although the main feature is the huge dungeon, which lies below the Castle. There’s puzzles to solve, and different colored keys to obtain which allow you to progress through the dungeon. Beating it will allow you to break blocks up there, so the structure is conquered.