The Nether Portal Spread mod would go great in any RPG pack setups. With it installed, Nether themed blocks, mostly Netherrack will slowly seep from your Portal. It feels like the Nether is leaking into the Overworld.

As soon as a Nether Portal is opened, 50 blocks around a Portal will instantly be converted. And the default radius that Nether-related blocks will spread is 30 blocks. Although players can manually change this in the configuration files.

There is an option to prevent the spreading of blocks in-game. All you have to do is place 4 Coal blocks around a Nether Portal, and the effect will be stopped.

Ores will be able to spawn in both the Nether and End Dimensions, once NetherEnding Ores is installed. All Vanilla Ores are supported, so expect to start finding minerals like Emeralds and Diamonds inside the Nether.

Ores that where previously found in the Nether, like Quartz will now spawn in the Overworld aswell. Each time an Ore is mined in the Nether, there’s a chance for it to explode, with the default chance being 12.5%.

Support is also provided for some other mods too, such as Tinkers Construct, Thermal Foundation, Aether II and Project Red. So if you have these installed, expect to also find these across different dimensions. 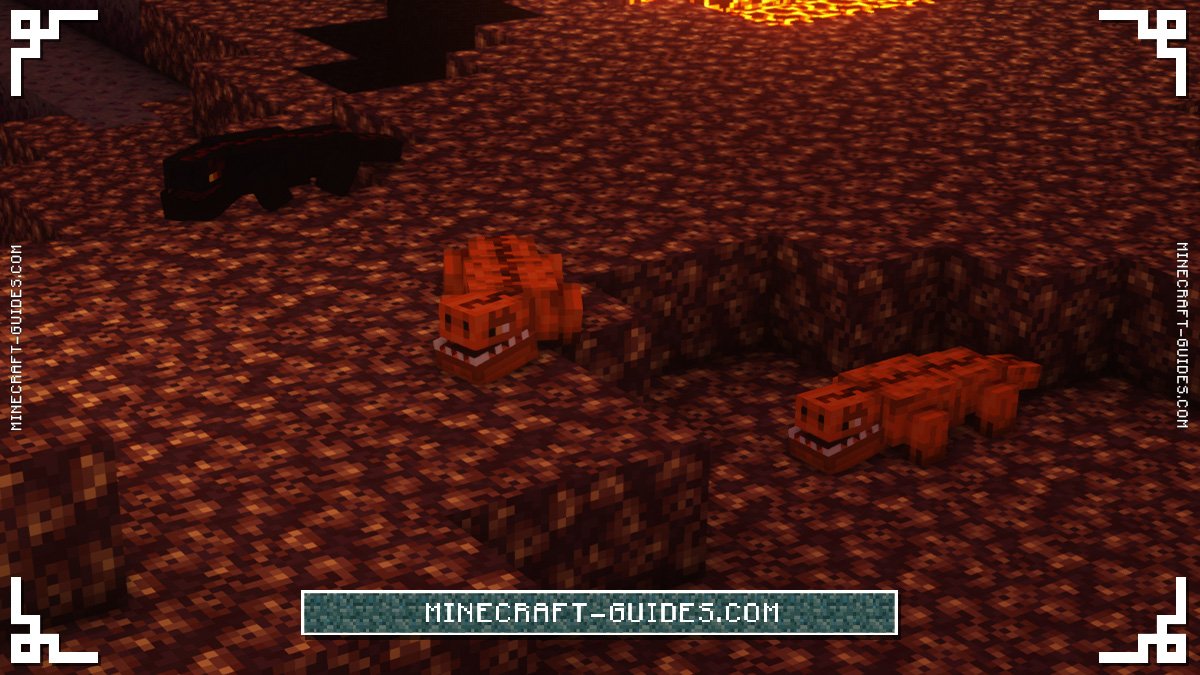 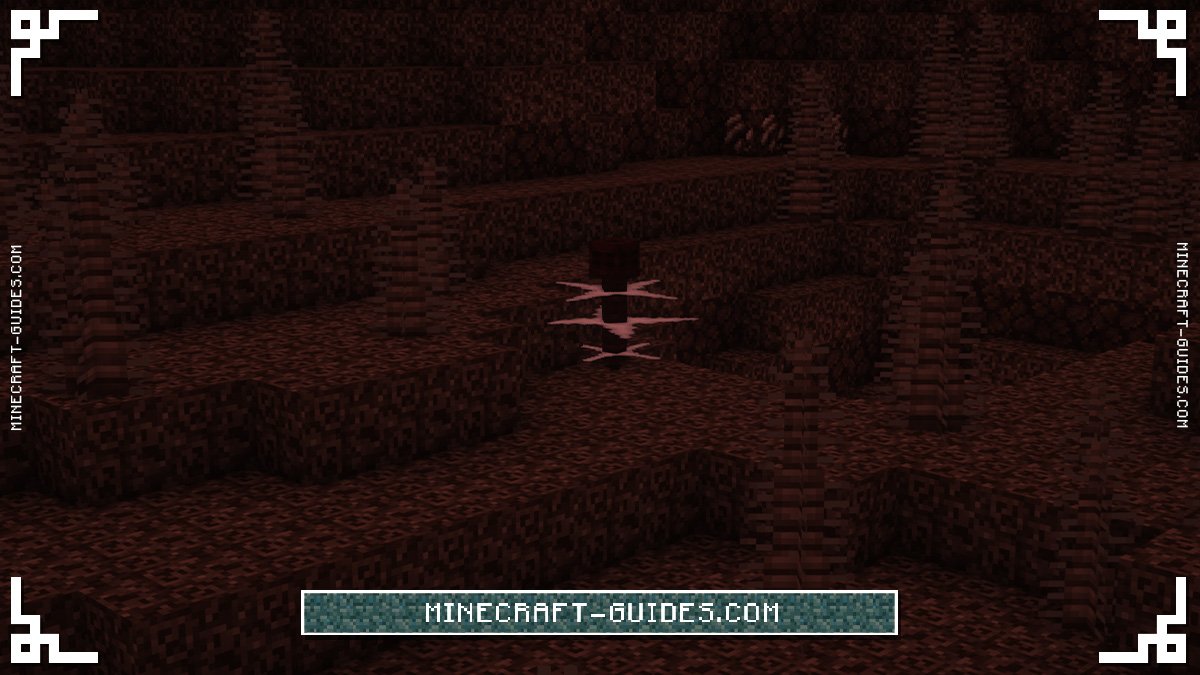 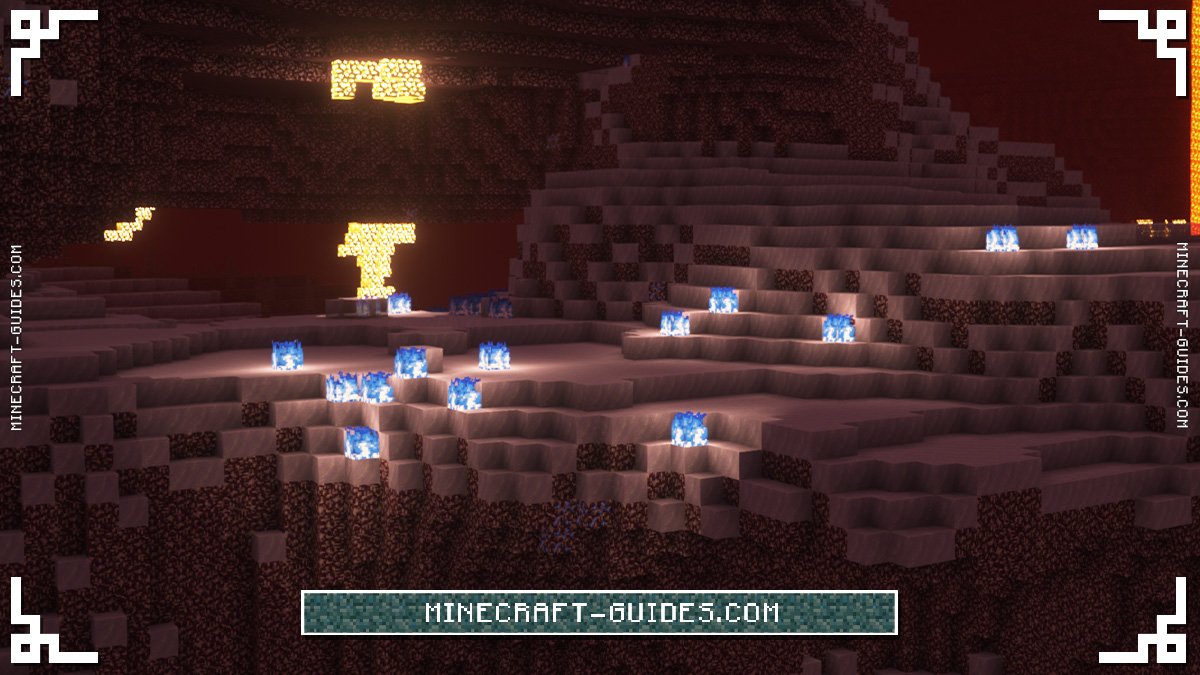 NetherEx, also known as Nether Expansion also brings lots of content to the Nether. It includes some new Biomes, Mobs, Ores, Equipment and more. Included with NetherEx is 4 new Biomes.

Though the more impressive content from this mod comes with mobs. Across different Biomes, you can discover the Wight, Bone Spider, Brute and Spinouts. There’s even Pigtificates, who are Villagers who reside within the Nether.

Some mobs like Salamanders and Wither Skeletons can be slain for their drops, allowing you to create some new Armor and Tools. As you progress through the mod, you can even try and defeat the Ghast Queen Boss.

Vanilla Minecraft already adds small and simple Dungeons to the Overworld which contain a few Chests. However, no equivalent was ever made for the Nether, the closest we have in Minecraft 1.12.2 is the Nether Fortress.

This mod changes that, and introduces some small Dungeons into the Nether. They’re very small, being around 6×6 Blocks in size. Though you’ll often find 2 Chests inside, as well as a Spawner which summons the likes of Skeletons and Spiders.

For every 1000 chunks that generate in the Nether, the mod will attempt to spawn a Dungeon every 275 chunks. So you can manually increase/decrease their rates according to your liking. They also have their own drop tables.

Nether Hexed Kingdom is going to add 9 new structures into the Nether. These include the Watch Tower, Outpost, Prison, Greed Mines, Lookout, Bullion Temple, Ironclad, Volcanic Pit and Tower of the Red Sun.

These structures are controlled by both Vanilla Nether mobs, as well as some new ones which are included with the mod. There’s Hexan Guards, Wither Skeleton Horses, Wither Death Riders and Piglin Berserkers who you’ll fight.

Though there is some differences between the 1.12.2 and 1.16.5 versions, as you’ll mostly just find the Hexan Guards. There is also a set of Nether Armor, which is accompanied by a Shield. 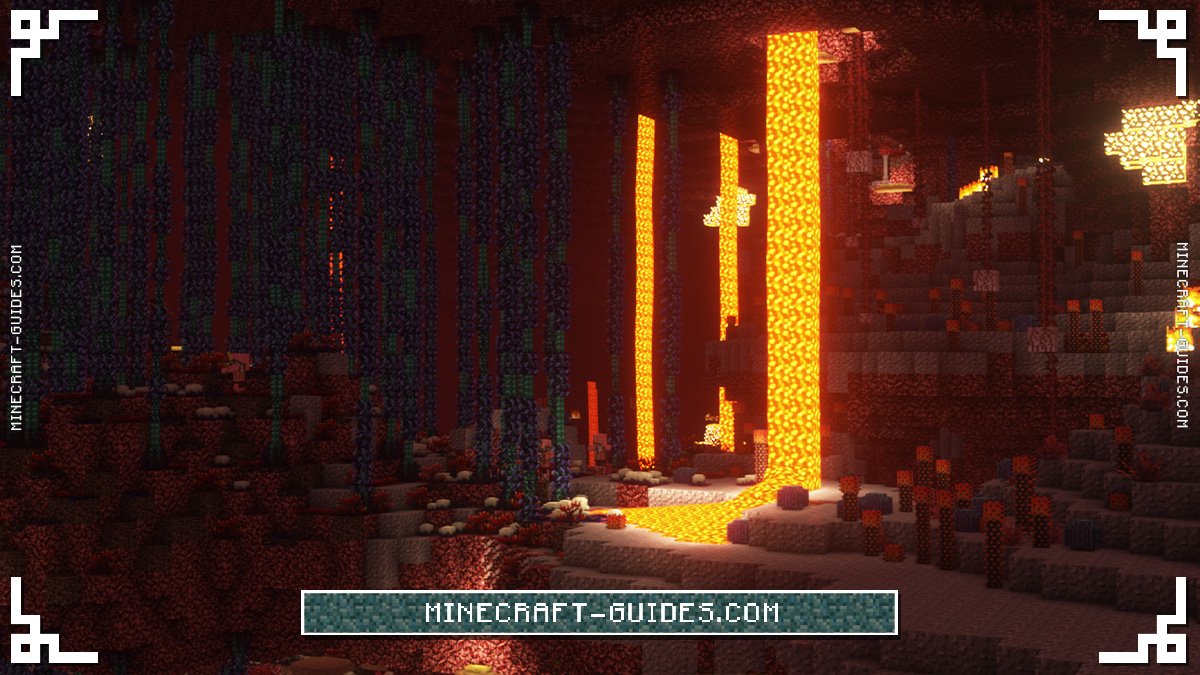 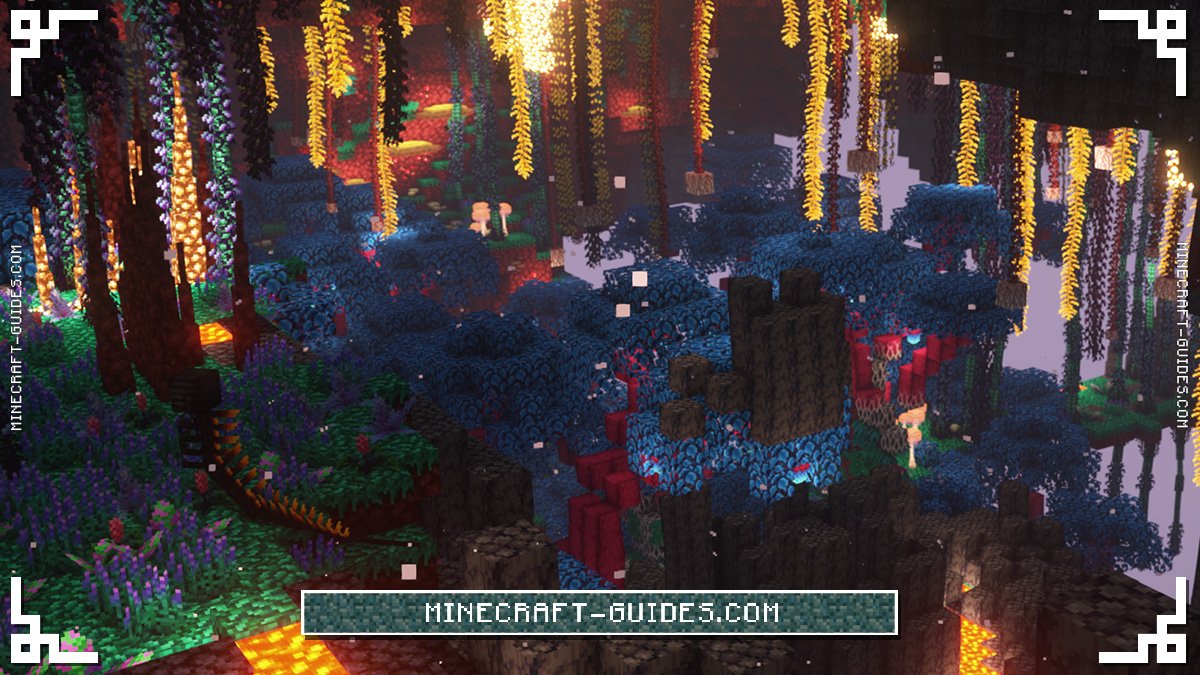 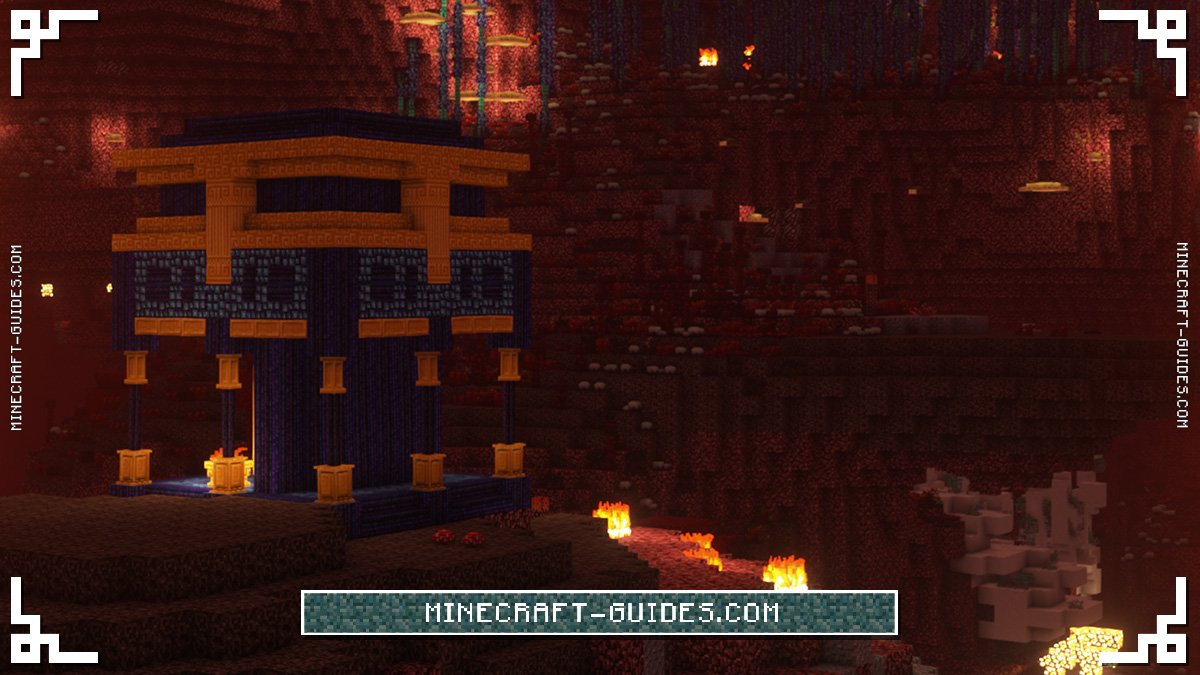 One of the biggest changes of all comes with the BetterNether mod. Lots of new Biomes are implemented, like the Magma Land, Mushroom Forest, Nether Grasslands, Bone Reef and Nether Jungle.

These are also made up of sub-biomes, for more variation. New creatures can spawn in these Biomes which are Nether themed. The creatures you can come across are the Hydrogen Jellyfish, Firefly and Naga.

There’s quite a lot of Nether themed structures too, like Portals, Ruins and even large Nether Cities. Installing this mod is the best overhaul to the Nether that you can possibly make to Minecraft 1.12.2.

After installing Nether Overload, you won’t spawn in the Overworld anymore. Instead, you’ll start out in the Nether, as the mod aims to make surviving in the Nether a lot easier, and interesting.

Firstly, lots of new structures are added which contain some helpful loot, or just a place to rest and recover. The most prominent of these structures is probably the Village, which even contains farms and crops.

A few new Biomes are also implemented, and some existing ones changed. Large Lava Lakes have been removed to make traversing the Nether easier, and Nether Swamp Biomes can be found for a source of Wood.

The Nether received some major updates with the release of Minecraft 1.16. After installing this mod, lots of those additions, like blocks and equipment will be backported to Minecraft 1.12.2.

Firstly, it’s worth nothing that structures and mobs aren’t added. So don’t expect to find Bastions infested with Piglins. Instead, blocks like Basalt will spawn randomly in the Nether which can be collected.

The most noteworthy addition is Ancient Debris, which can be mined and turned into Netherite Scrap, like in Vanilla Minecraft. Netherite Equipment, including Armor & Tools can then be crafted. Although the addition of Lanterns is also nice.

The Overworld and End both have their own Chests, and now the Nether will too. You’re able to craft a single Nether Chest from 4 Nether Bricks, 4 Iron Ingots and 1 Blaze Powder.

What makes a Nether Chest so interesting, is that it can store stack sizes 8 times bigger than what’s normal. This is due to how the Nether compresses to a factor of 8. As an example, a single slot of a Chest can hold 512 stackable items, instead of just 64.

Therefor, expect to make storing items a lot easier with the Nether Chest. Although don’t try and open it in the Nether, as it will explode, similar to how a Bed does.

Another mod that aims to make surviving in the Nether easier is Nethercraft Classic. Most useful items from the Overworld, now have a variant which can be obtained and crafted from inside the Nether.

Firstly, some new Ores are added which can be used in the creation of Armor and Tools. Even killing Ghasts will drop Ghast Bones, a new crafting material. By harvesting Glowood Trees in the Nether, there’ll be a constant source of Wood for Chests, Bookcases, Boats and more, which are all now fire resistant.

Not to mention the likes of Sand, Glass Minecarts and all sorts of other blocks now have their own Nether equivalent. New mobs and creatures are also included with the mod. Although with this mod, you’ll still spawn in the Overworld.