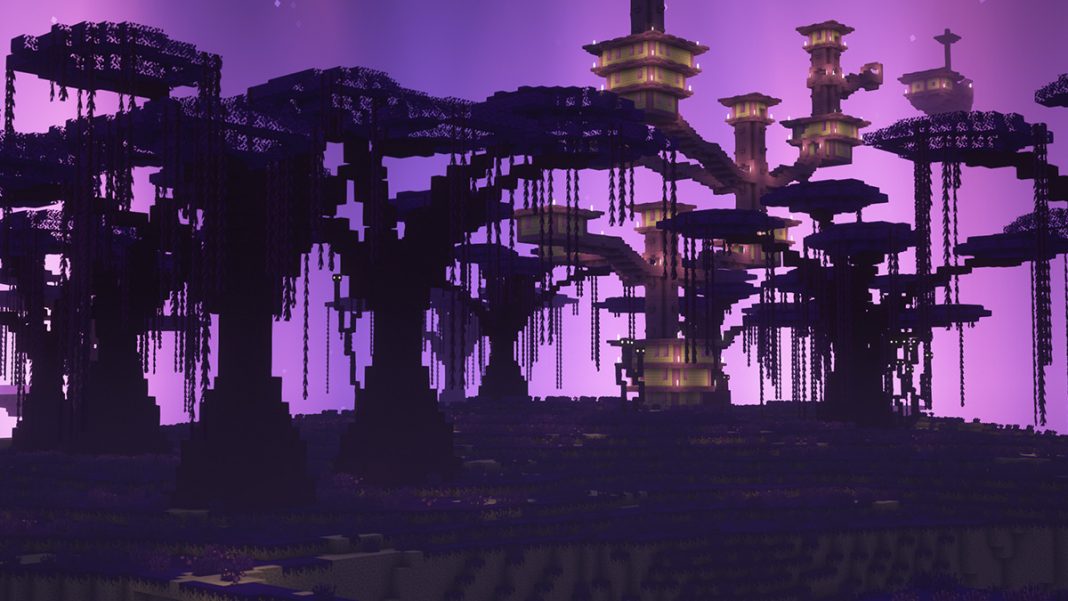 The End is pretty lackluster when it comes to content. While there aren't tons of mods available, a few interesting options exist. So check out these mods which help improve the End Dimension!

The End is a barren location with there not a lot to do or see. It’s definitely a location that deserves a huge update in the future. With that said, this list will look at some of the Best Mods for Minecraft 1.12.2, that update the End Dimension.

Sadly, there aren’t many End mods available, even with this being one of the most popular versions for modding. However, we’ve done our best to find some interesting additions and expansions.

With the mod installed, an Ender Dragon will always drop a Dragon Egg now. When you create your own End Portal Frame, it needs to be ignited with a Flint & Steel, similar to a Nether Portal.

So one of the coolest features about this mod is that the End is still locked behind a naturally generating portal. But as a reward for beating the Ender Dragon, you can now quickly access the End dimension from a Portal in your home.

Stygian End adds some new Biomes to the End Dimension, which are both purple in color. There’s currently two Biomes, and they contain lots of End-themed blocks and plants, as well as some structures in the form of Trees and Rocks.

These locations are called the Stygian Growth and Acidic Plains. In the Stygian Growth, you can find giant trees. Chopping these down will give Wyrmwood, which can be turned into some new purple colored Planks.

Whereas the Acidic Plains are dangerous to travel through. Enderic Acid emits from the ground here, and is harmful to not only plant life, but players too. Though it must be said, it’s a huge improvement to the End.

This mod adds a new creature, and it’s called the End Spectre. It looks a lot like a Blaze which can be found in the Nether, but much paler. Though the mechanics are much different.

Like with the Enderman, the End Spectre is able to teleport from ranged attacks, such as those done with a Bow and Arrow. While attacking players, it can also teleport them around too, which can be disorientating.

Currently, the Spectre is the only thing provided by the mod. When it comes to drops, they will mostly drop Glowstone Dust, and have a small chance of dropping Ender Pearls.

Installing this mod will add a new structure, which is the End Tower. They spawn very often, and most of the time they can be found floating in the void, so an Elytra is recommended to reach them.

These structures are just a fun distraction, and even though hundreds will spawn, you’ll have unlocked all the items and explored the mod completely after clearing just 1 tower. There are multiple floors, with it consisting mostly of mazes and small challenges.

A few new mobs can be found within the Tower, such as Guards and the Floating Head Boss. Making your way through the End Tower will provide you with some new armor and weapons, as well as Golden Apples.

With End Metals installed, you can expect to find Ores spawning in the End. These will be all the Vanilla Ores that you’ll normally find in the Overworld. Although it also adds Ores from other mods.

Due to the layout of the End, and how exposed everything is, it’s a lot easier to mine here. On the surface of many End Islands, you can find End Emeralds, Diamonds and more spawning in plain view.

One of the biggest expansions comes with End Reborn. It adds new mobs, structures, items and mechanics. If you have Patchouli installed, then there’s a guidebook available in-game. This seems to be one of the best End-enhancing mods currently available for Minecraft 1.12.2.

By using a Sledgehammer on Obsidian, you can create a set of Obsidian Armor. Or instead, use it on a Dragon Egg to create Dragon Armor, both of which is going to be better than Diamond.

Mobs-wise, you can expect to find Purpur Guards, Watchers and Chronologists. But there’s a lot included with the mod, which should at least make the Dimension more interesting to explore. Expect to find some new decoration blocks and structures too.

Enderion brings a decent amount of content to the End, starting with 2 new mobs. These are the End Mage and the End Guard, which are both humanoid characters.

There is also a few new materials which can be mined and collected, including Enderion, Endeleft, Lonsdaleit, and Negative. From these materials, new sets of armor and tools can be crafted.

Currently, that’s about everything that’s included, with there also being 16 different Advancements to unlock. Though it’s not a lot of content, it helps improve the End just a little bit.

From both End Stone and Purpur, you can create some new decoration and building blocks. Hopefully, the mod will at least aid when it comes to building a home in the End Dimension, or some other structures.

The image above just shows the new variants of Purpur blocks, which include Tiles, Cobblestone and Chiseled variants. It’s recommended to have a mod like Just Enough Items installed, so that

DivineRPG isn’t actually solely about improving on the End Dimension. In fact, it actually adds multiple of its own dimensions which add hours of content when it comes to exploration.

Though when it does come to the End, you can come across new creatures like Ender Spiders, Triplets, and Watchers. But there is quite a lot of extra content, including some End themed armor, weapons, and decoration blocks such as Lamps.

Two new creatures are included with the End variant of Modular Expansion. These are the Ender Turtle and the Ender Zombie. Both of these creatures drop Ender Pearls, as well as Ender Fragments (which can later be turned into Pearls).

The overall aim of this mod is to make reaching the End easier, as these mobs can be found outside of the End. But there are a few additional blocks and items, such as an Ender Lamp, Chorus Glass and Chorus Soup.