This list is going to take a look at the Top 10 Best Dungeon Mods available for Minecraft 1.12.2. Dungeons are lacking in Vanilla Minecraft, with them being few and far between. Adding new Dungeons gives more reasons to explore, as well as fight hostile enemies and collect epic loot.

The buttons in this list link to mods displayed on this website, aswell as CurseForge. There, you can find more information about these mods, and download them for Minecraft. Make sure to read our other Minecraft 1.12.2 Mod Lists too, for more great mods. 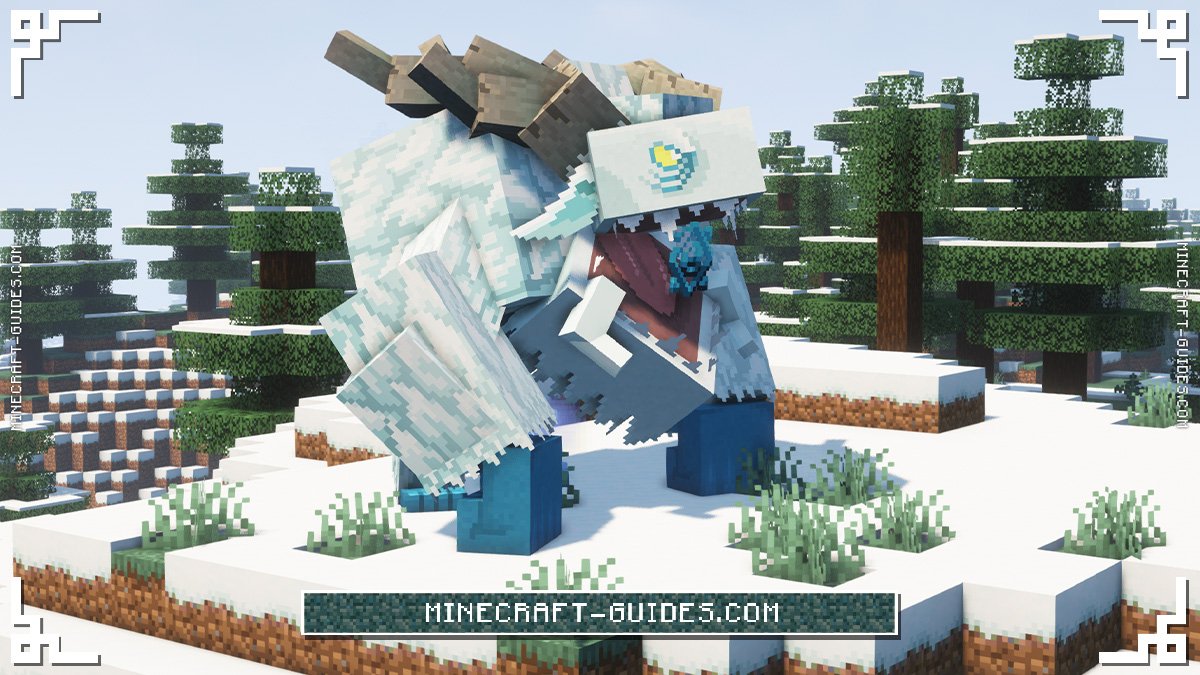 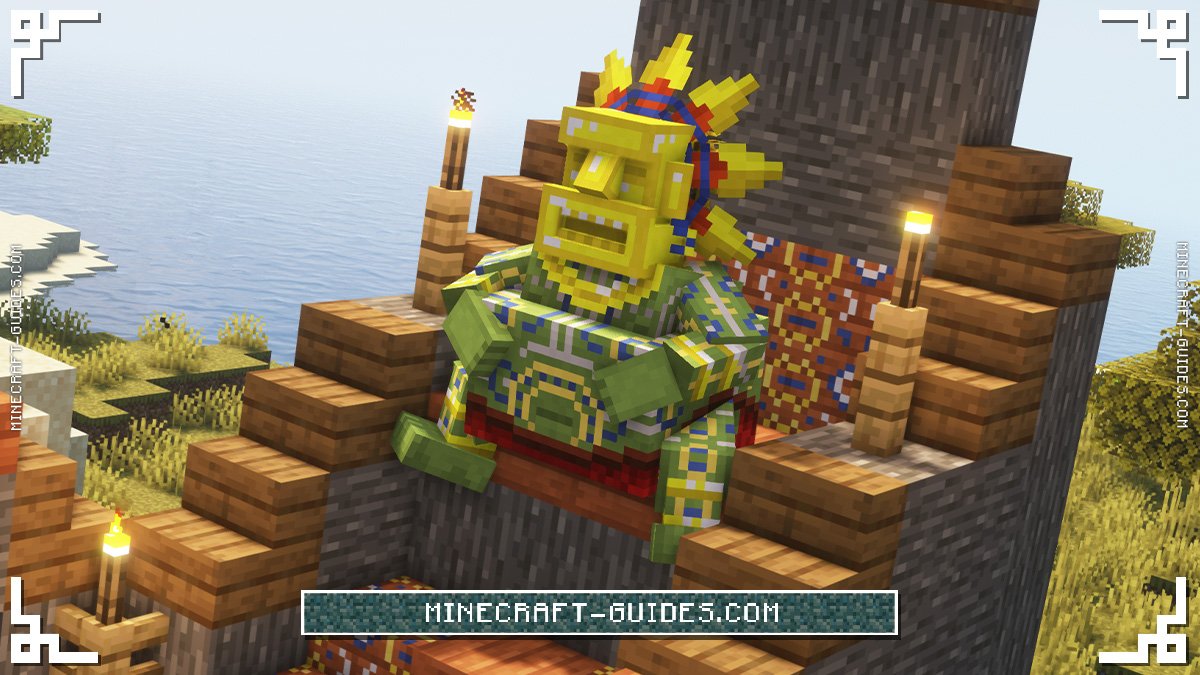 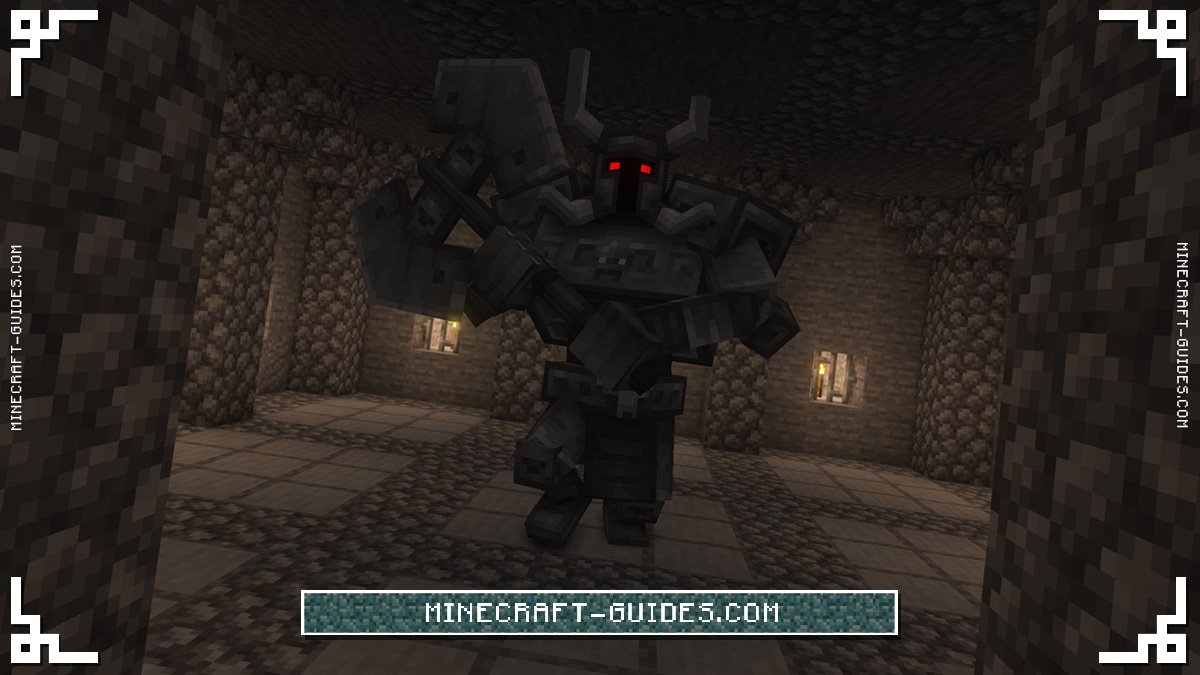 Mowzie’s Mobs is one of the best Dungeon Mods available for Minecraft 1.12.2. Mostly due to how much work has gone into this mod, especially when it comes to the models and animations.

One of the most interesting is the Barakoa, who spawn in Savannahs, and they have a Boss named Barako the Sun Chief. The Frostmaw is a giant Yeti creature, who can be found in snowy Biomes, and guards the Ice Crystal. 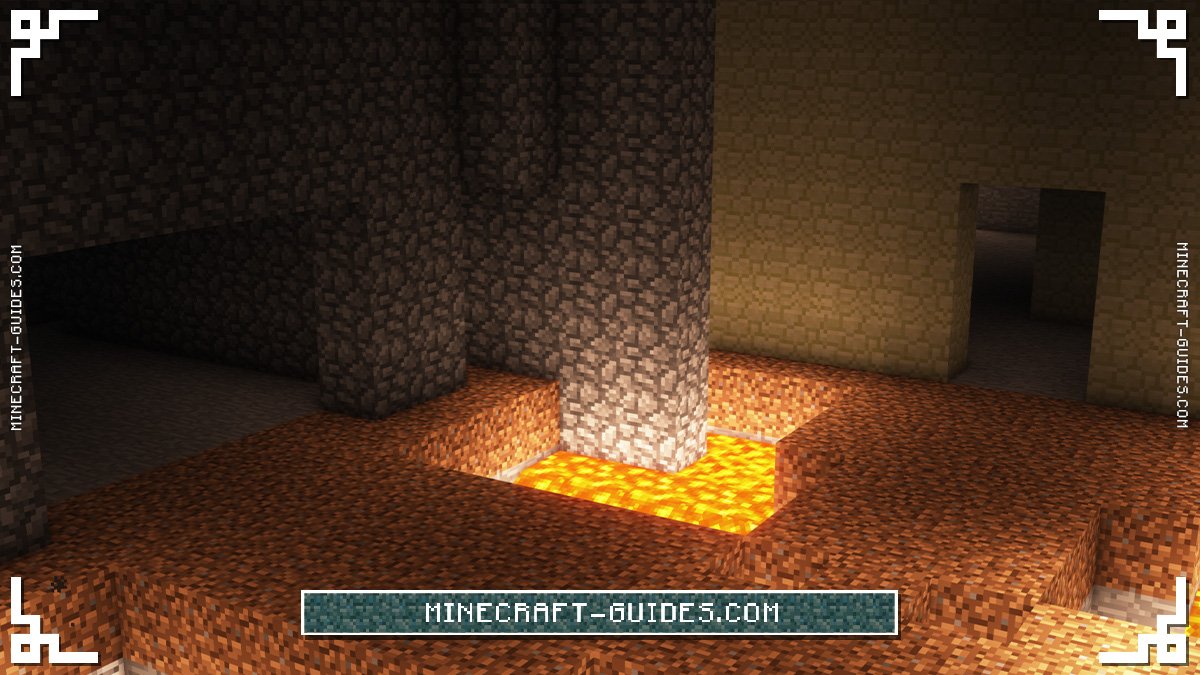 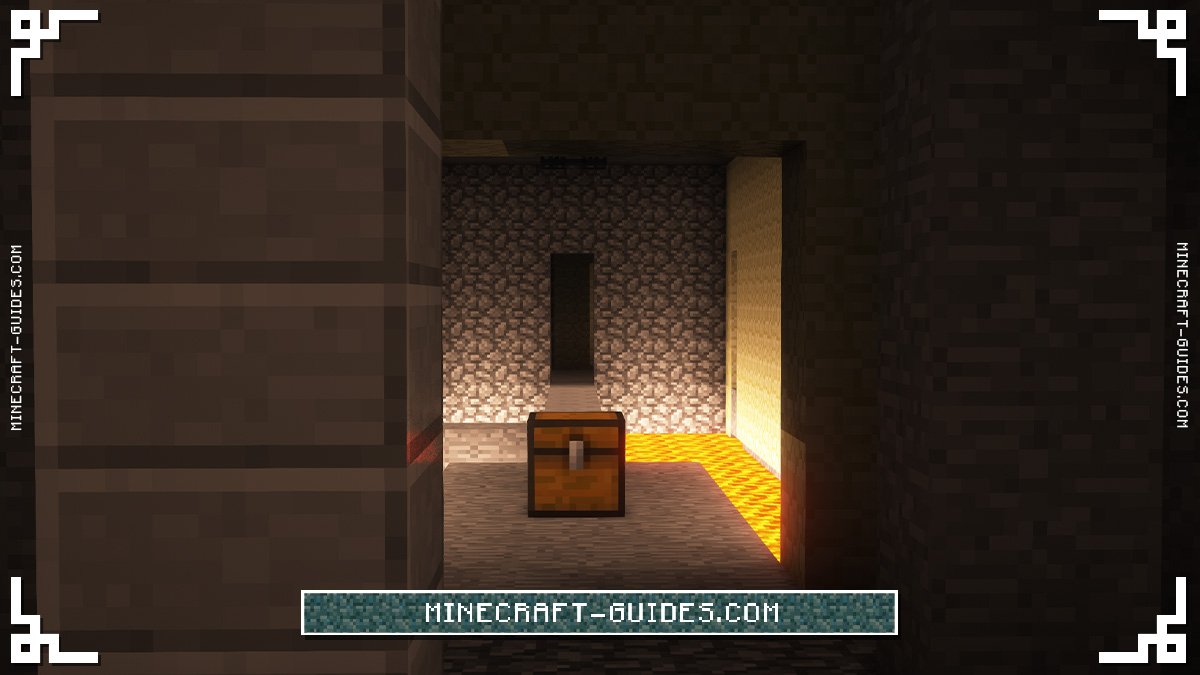 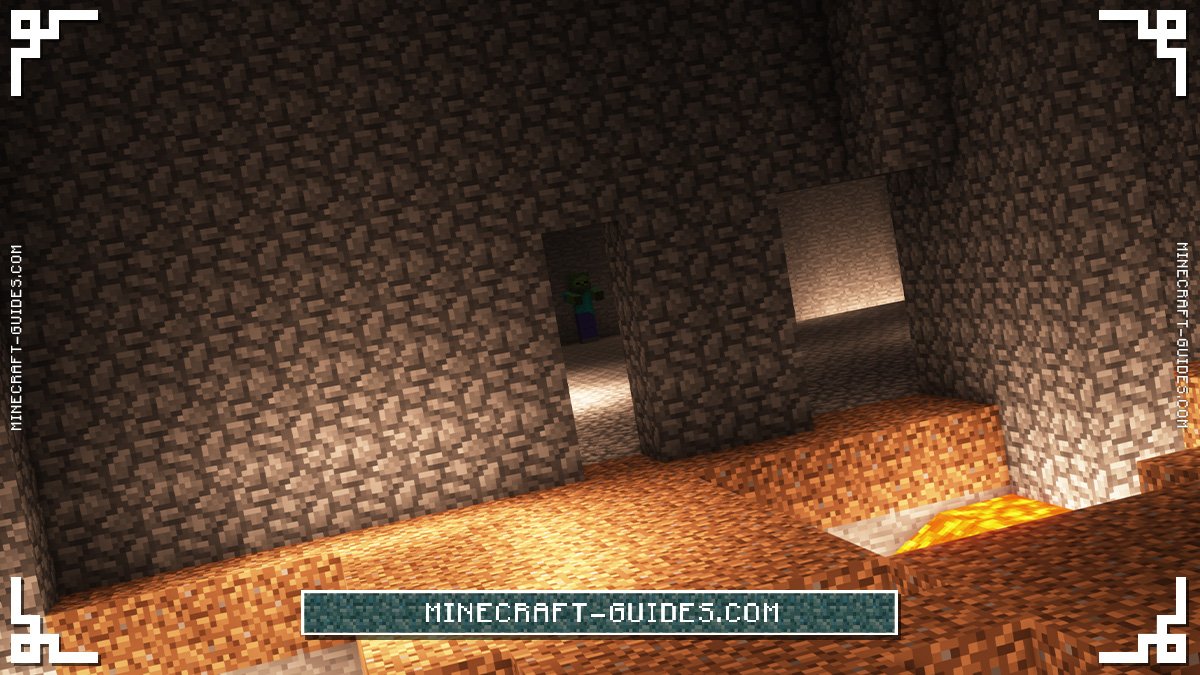 Doomlike Dungeons adds large Dungeons, designed to be similar to the older Doom games. The Dungeons can vary in sizes and designs, with them being randomly generated. Often, they’ll be made up of large complex rooms and corridors, some of which might cross lakes of Lava for an added sense of danger.

There’s some different themes too, so that they can spawn to be themed around Villages, Obsidian and more. Inside the Doomlike Dungeons, mobs like Zombies and Skeletons will spawn throughout. 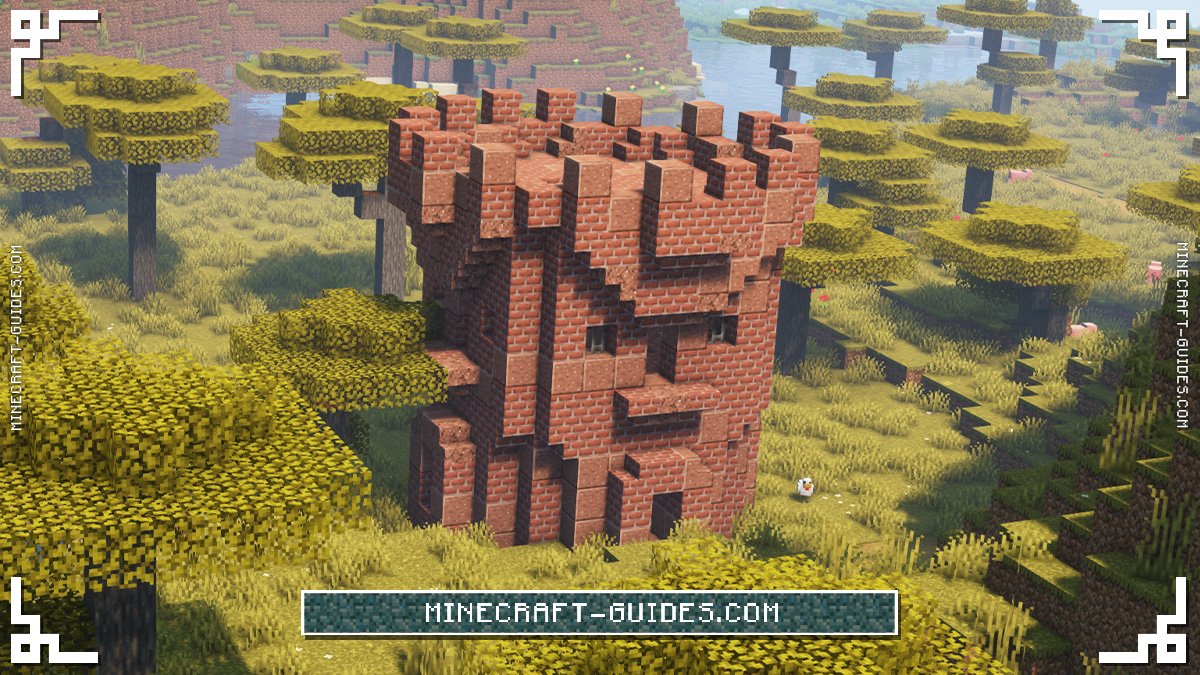 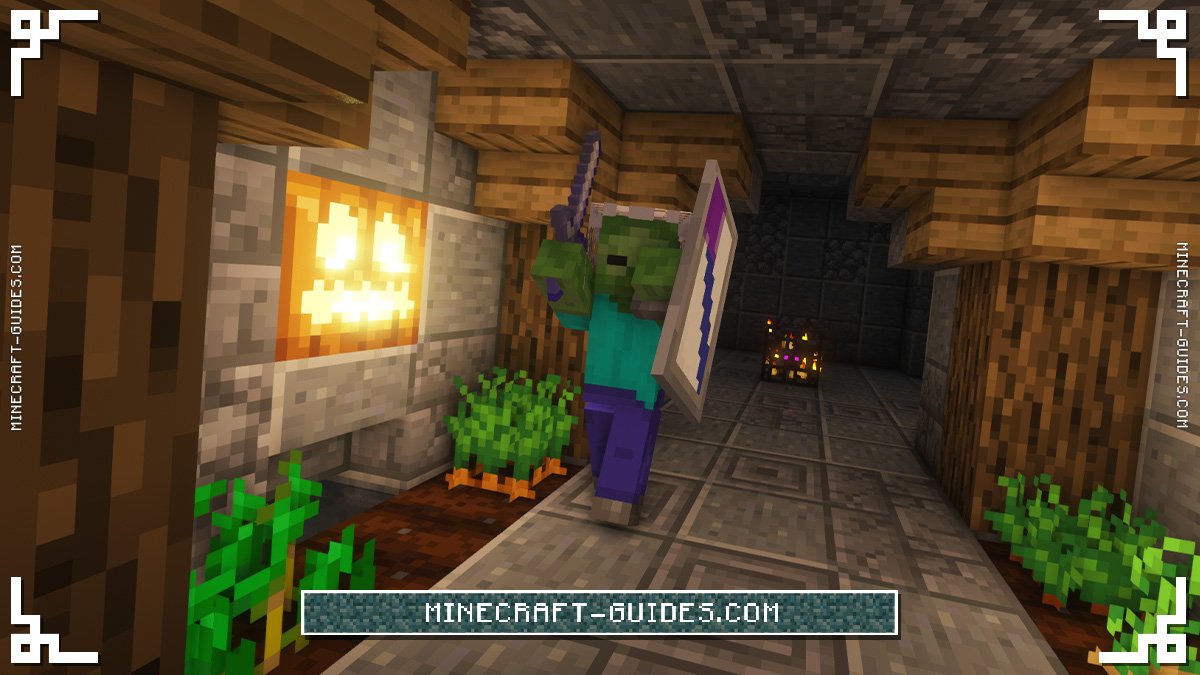 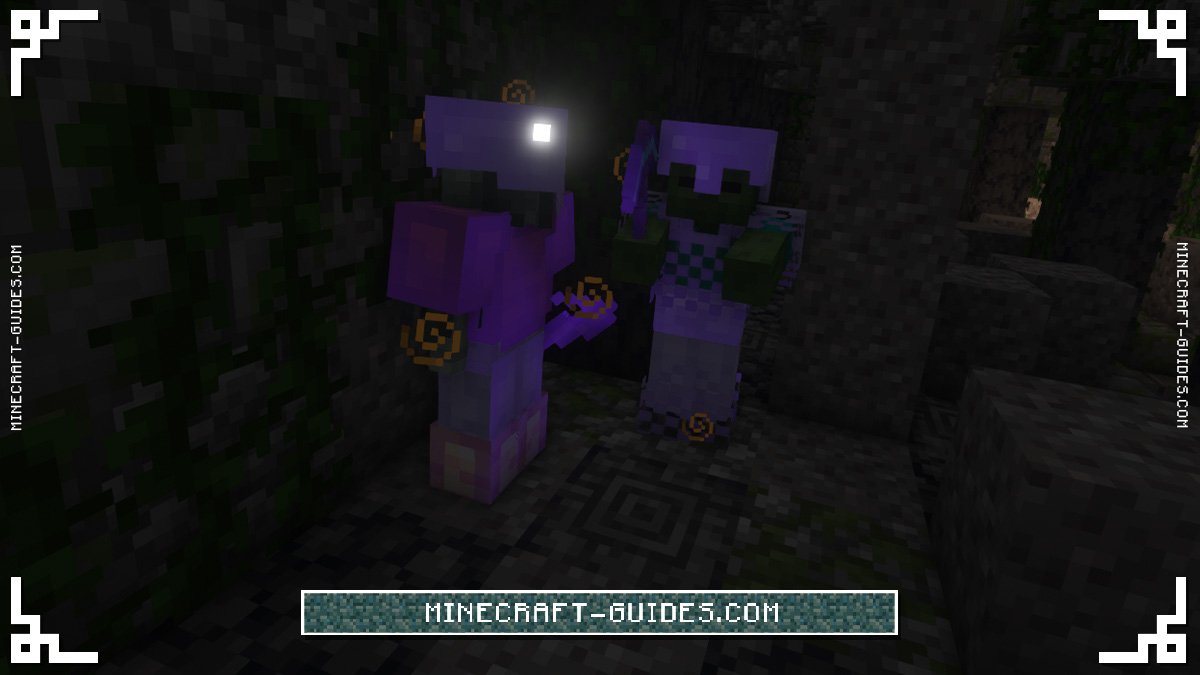 With Roguelike Dungeons, different structures will spawn depending on the Biome. These may look like Houses, Temples or Towers. However, they all have a spiral staircase which leads to large Dungeons below the surface.

Each floor of a Dungeon from Roguelike Dungeons is different, with the theme often changing. The bottom floor will be Nether themed, and this is where you can obtain the most loot.

Creatures that spawn in these dungeons will be wearing custom loot, which is Enchanted, so there’s definitely some difficulty here. Often, there’s also useful spawners, like an Enderman Spawner which can be preserved to collect Ender Eyes. 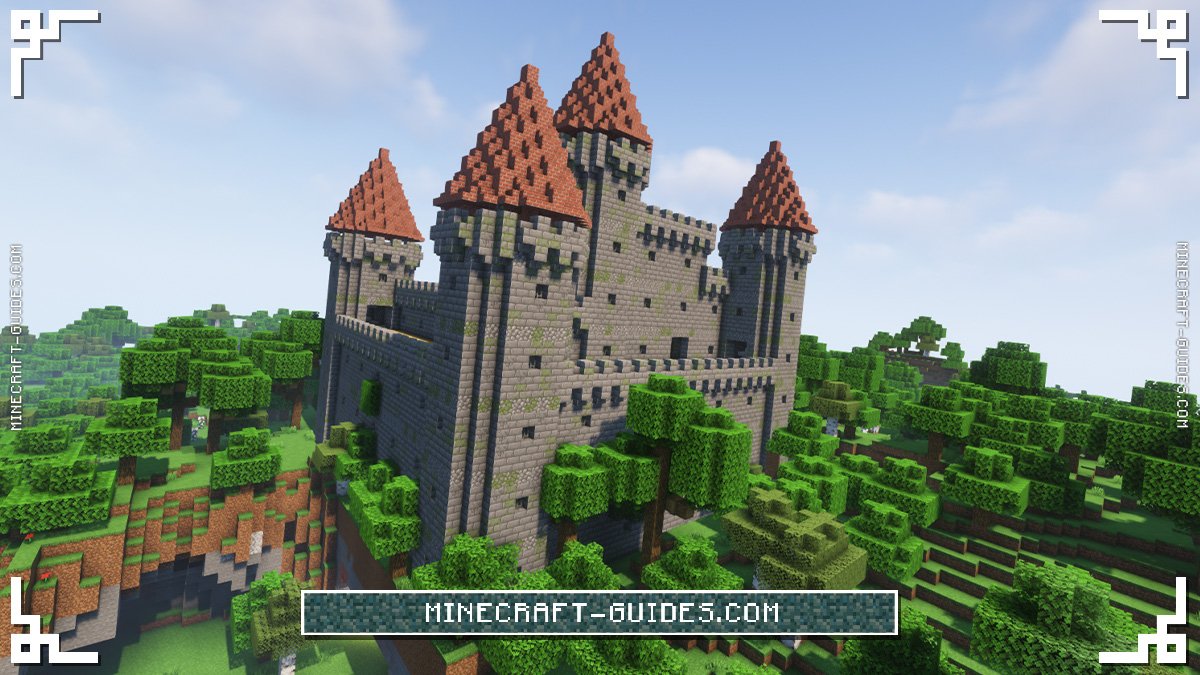 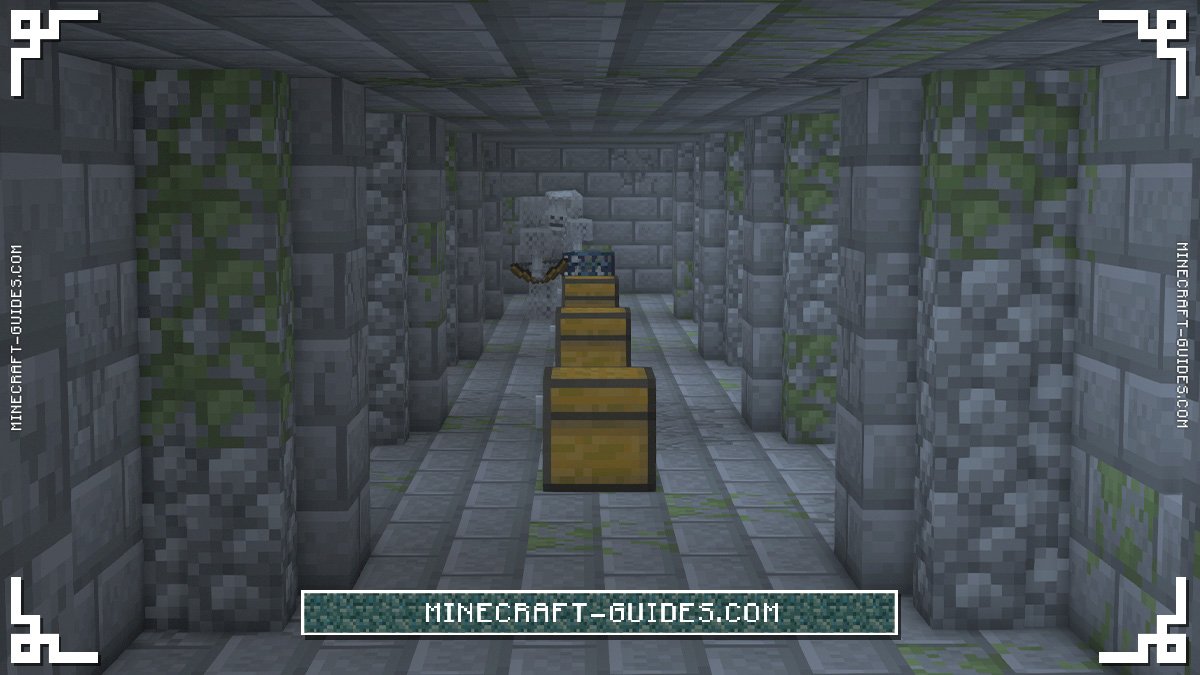 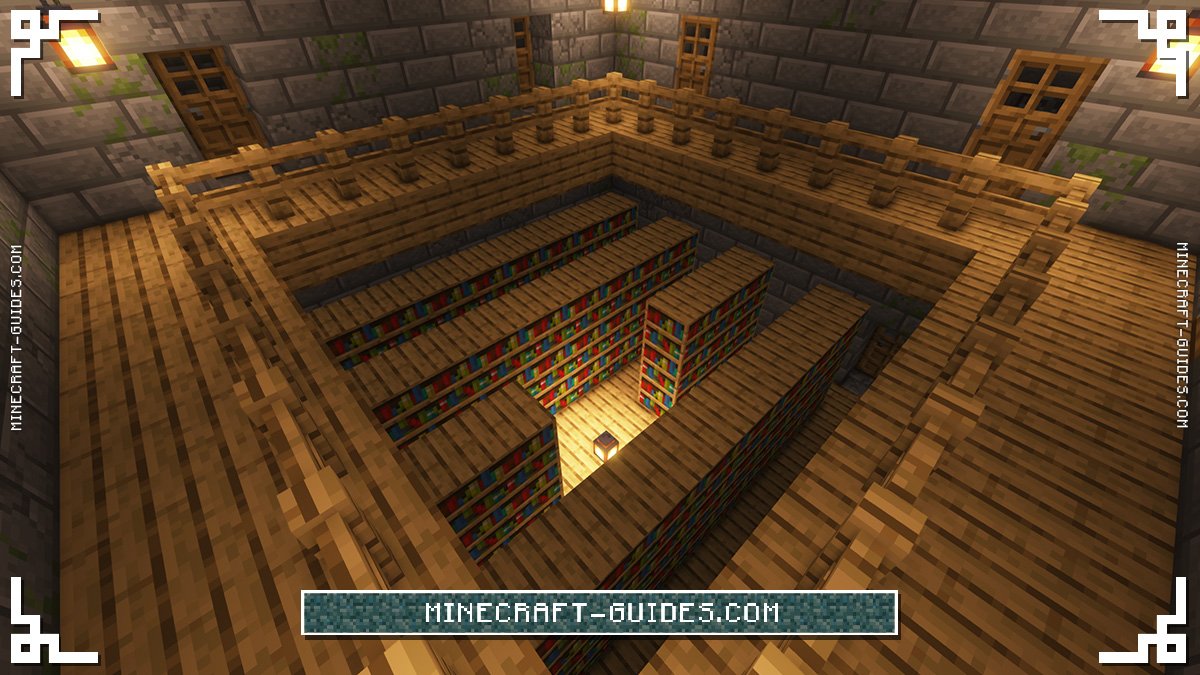 This mod adds procedurally generated Castles to the surface of a Minecraft world, which are dungeons. Castles have a few different styles, depending on the Biome they spawn in.

The inside of a Castle tends to be quite repetitive. Most of the rooms consist of hallways, bedrooms or storage rooms. Although Spawners will spawn very often, summoning the likes of Spider, Zombies and Skeletons mostly.

So there’s also a lot of loot to be collected from Chests. Overall, Castles should be quite easy to find, due to their large size. 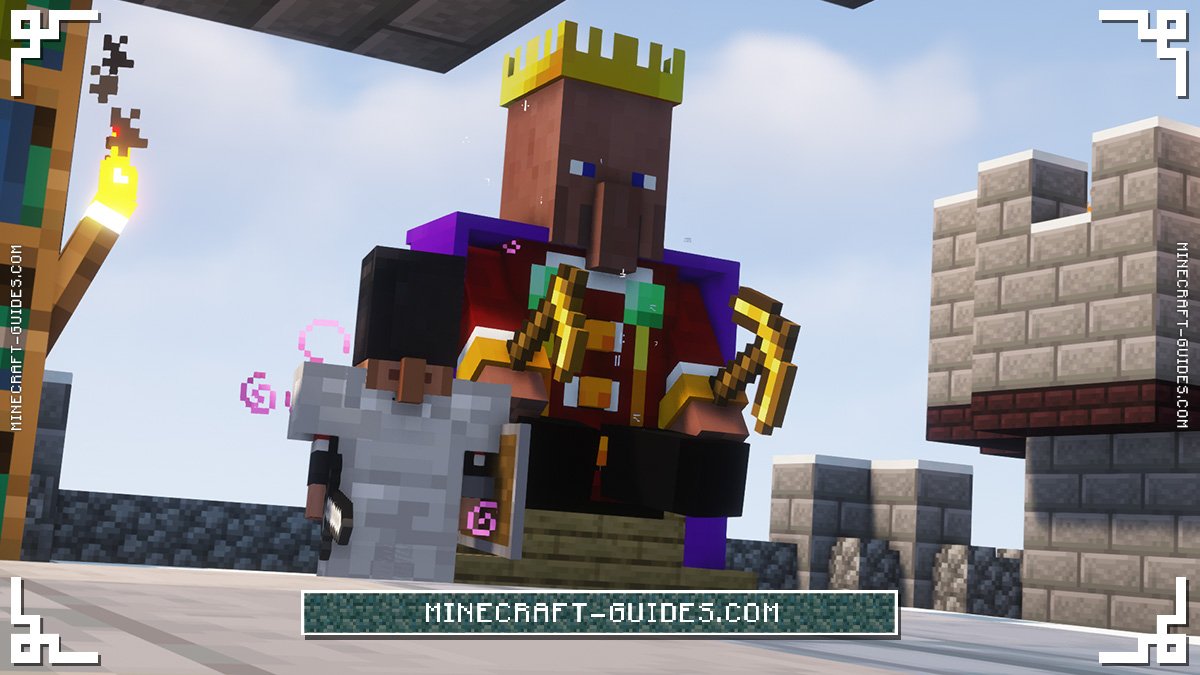 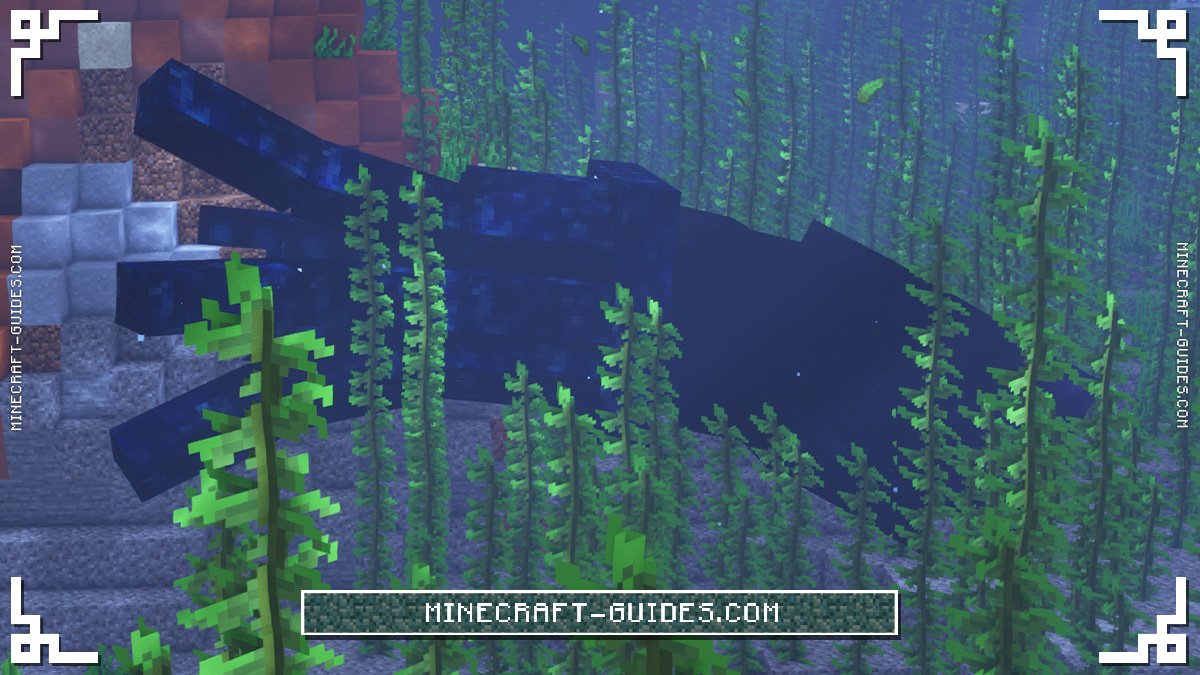 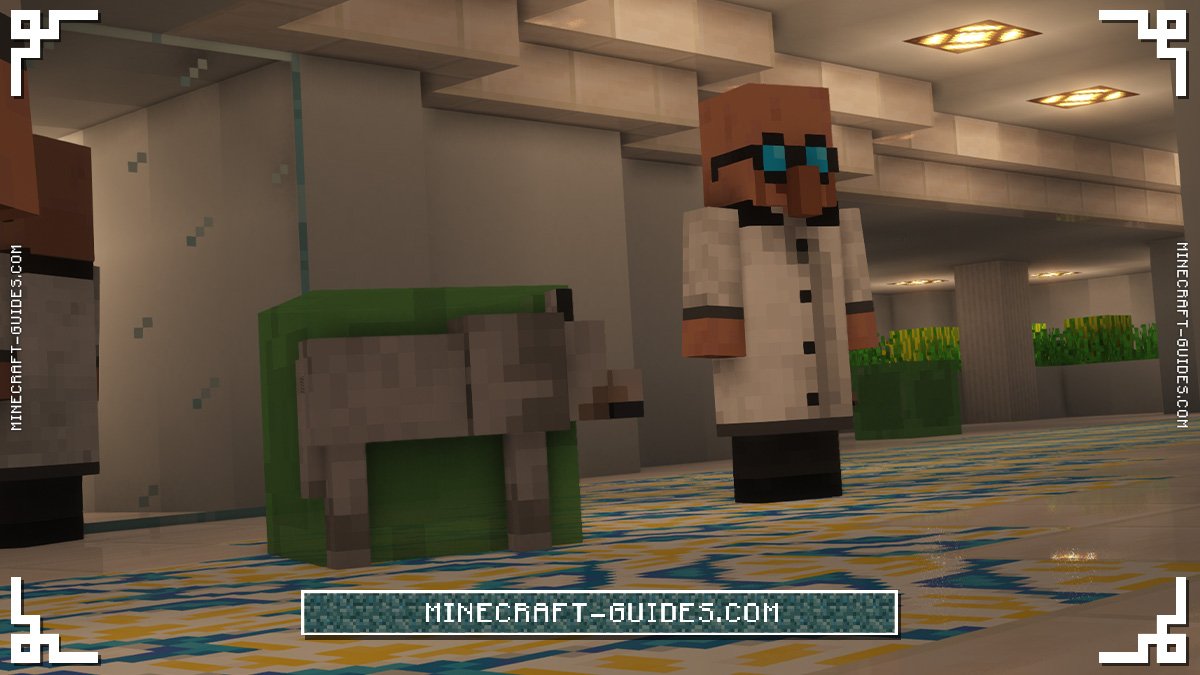 Dungeons Mod adds locations like the House, the Castle and the Lab, which can spawn both above and below ground in the Overworld. Included with the mod are 7 new bosses, which spawn in these locations.

They consist of the Deserted, Iron Slime, Kraken, King, Crawler and the Sun. At the likes of the Castle Dungeon, you can find the King, surrounded by guards who’ll need to be defeated.

Whereas at the Lab, the Crawler is there, who was created by the Scientists in the Lab. Alongside the bosses are 19 mobs and 14 items to be collected. 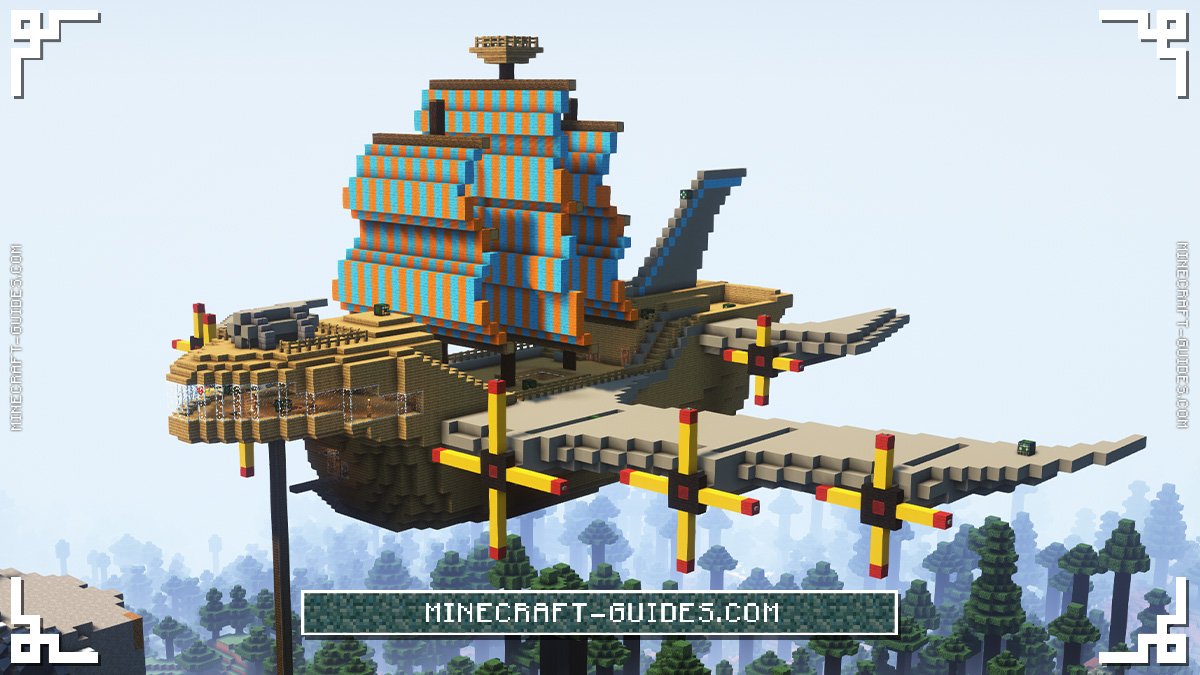 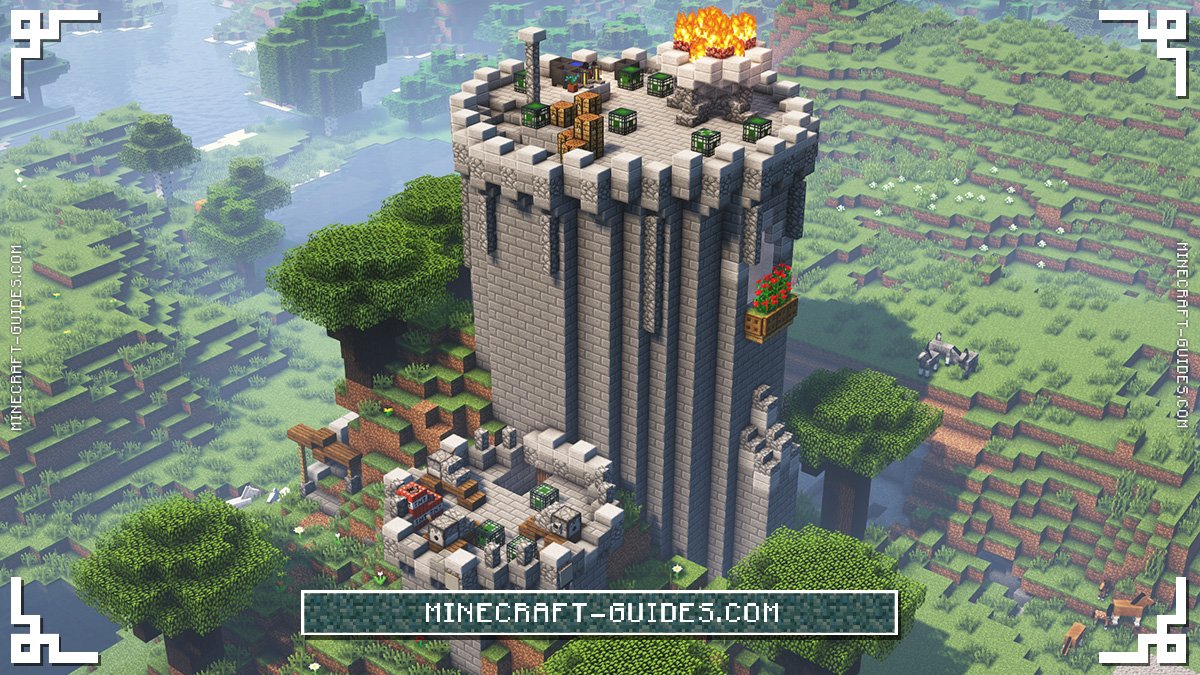 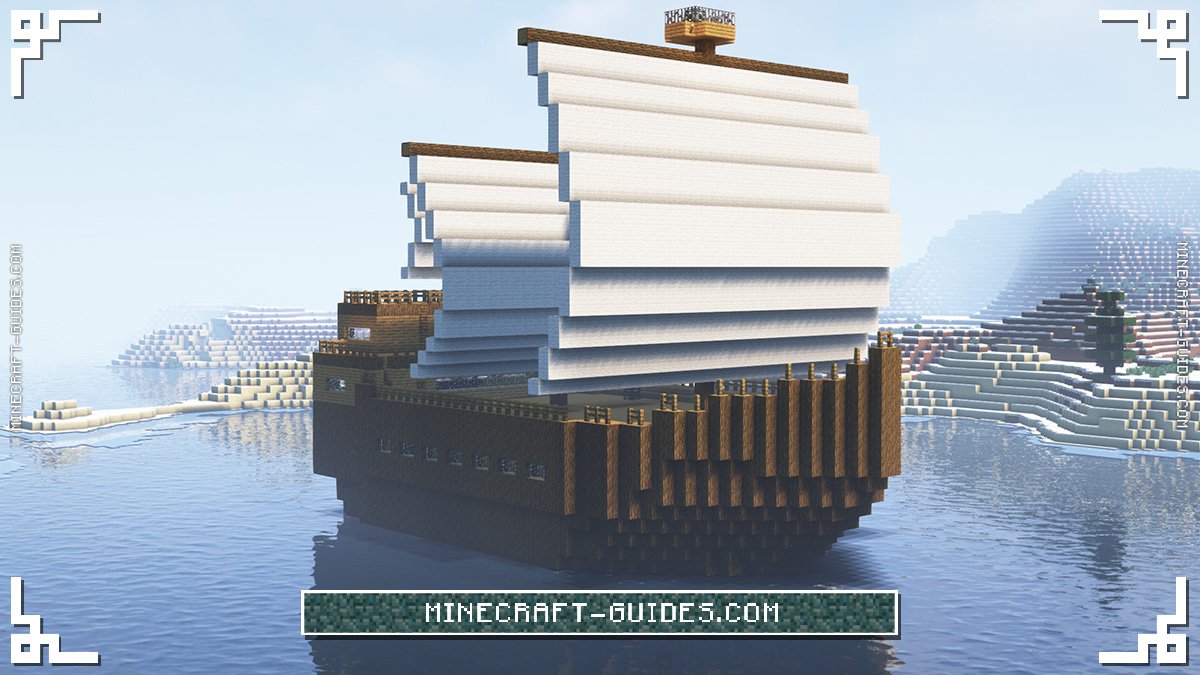 Dungeons can take the form of Castles, Airships, Coves, Volcanoes and even Cities. To bring these locations to life, some custom mobs are implemented. 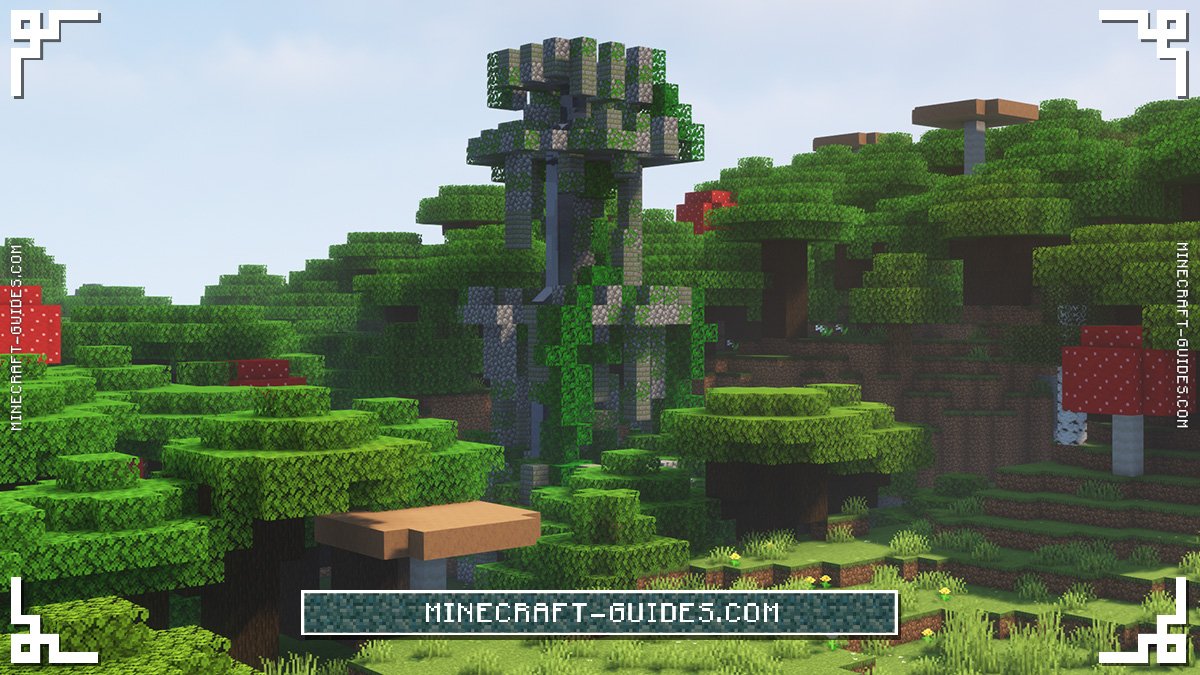 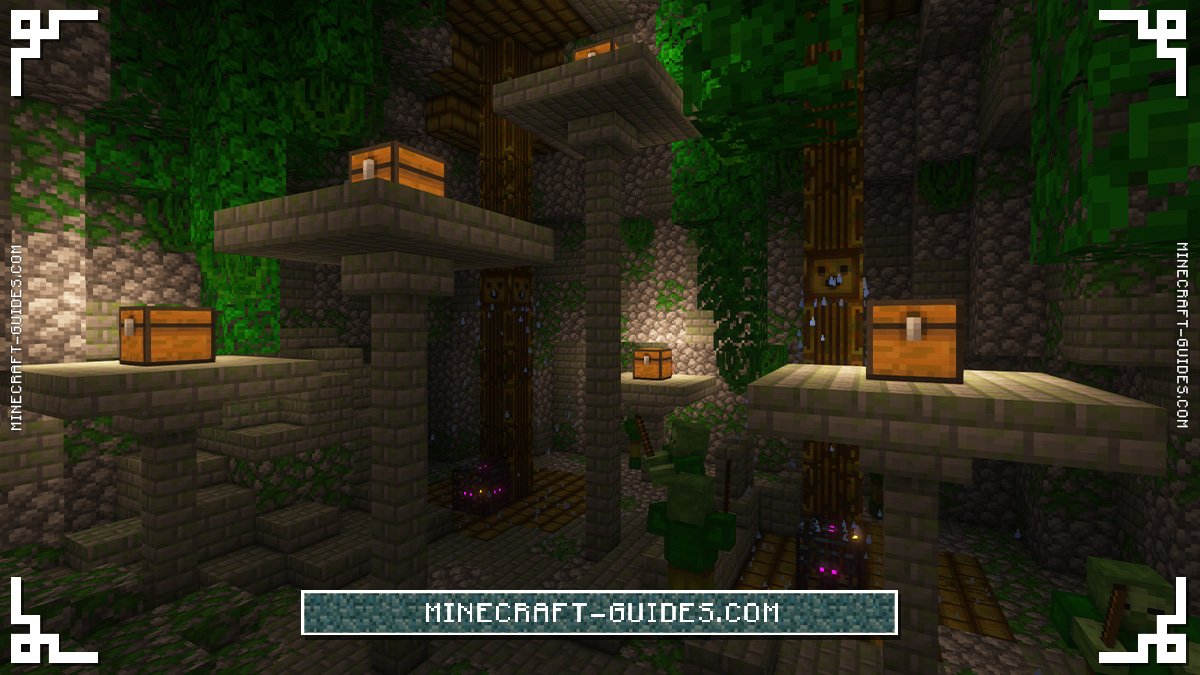 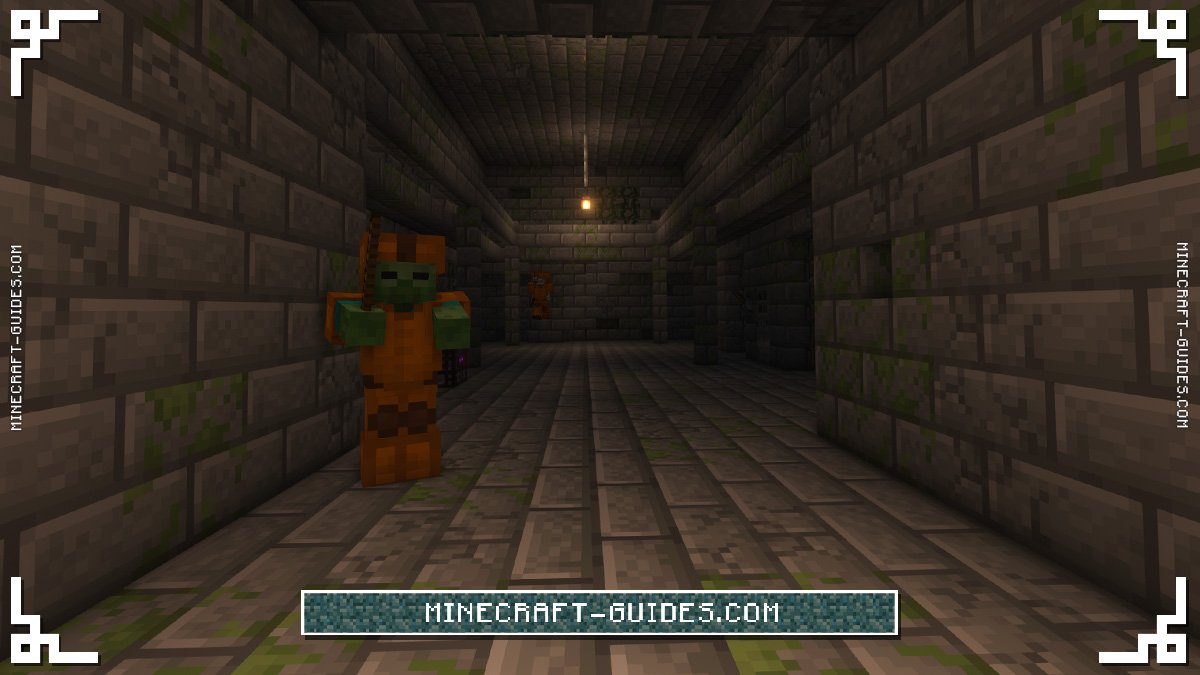 These dungeons can spawn within all 3 dimensions, and are huge in size. Custom blocks can be found throughout the new structures, with some of them being traps, with there being tons of loot to collect on the way.

Approaching the end of a dungeon, a boss can be found, with there being a unique one per dungeon. Defeat it, and you’ll receive a key to open the final treasure chest containing some special loot. 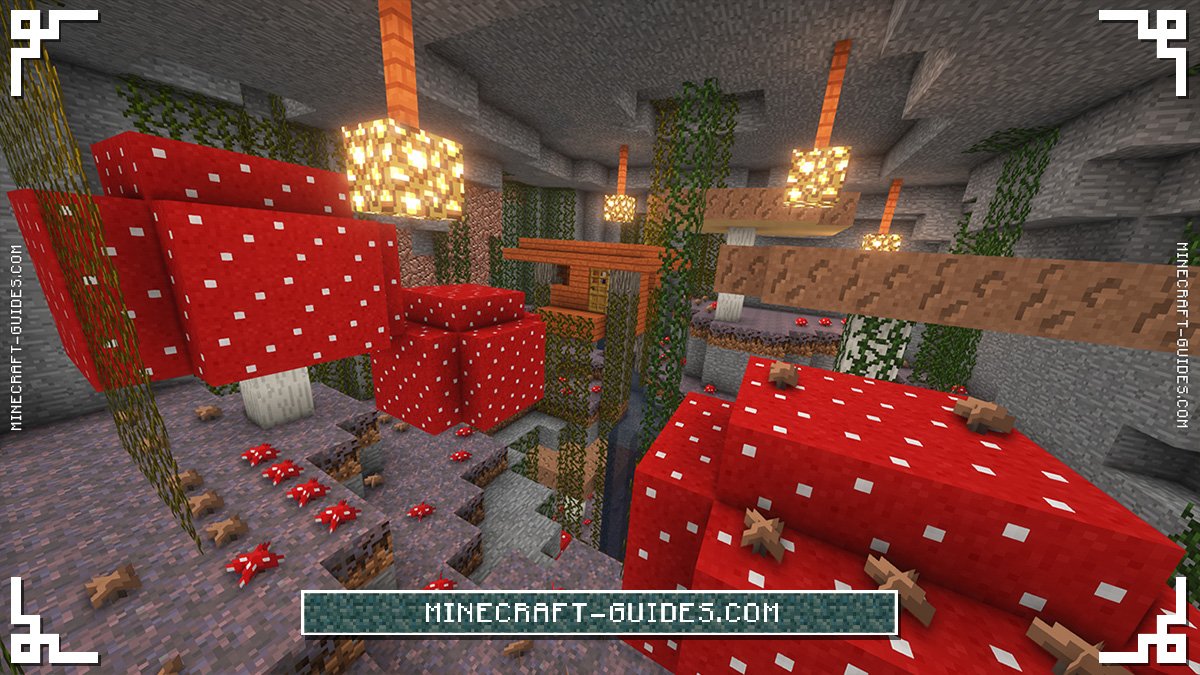 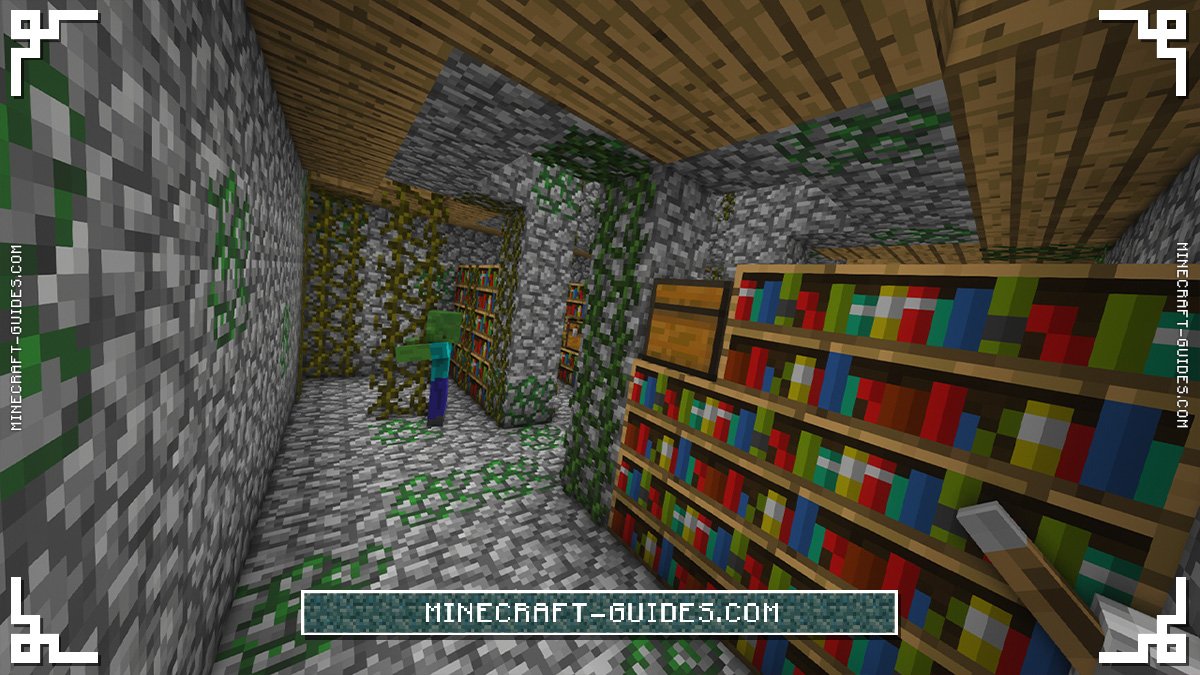 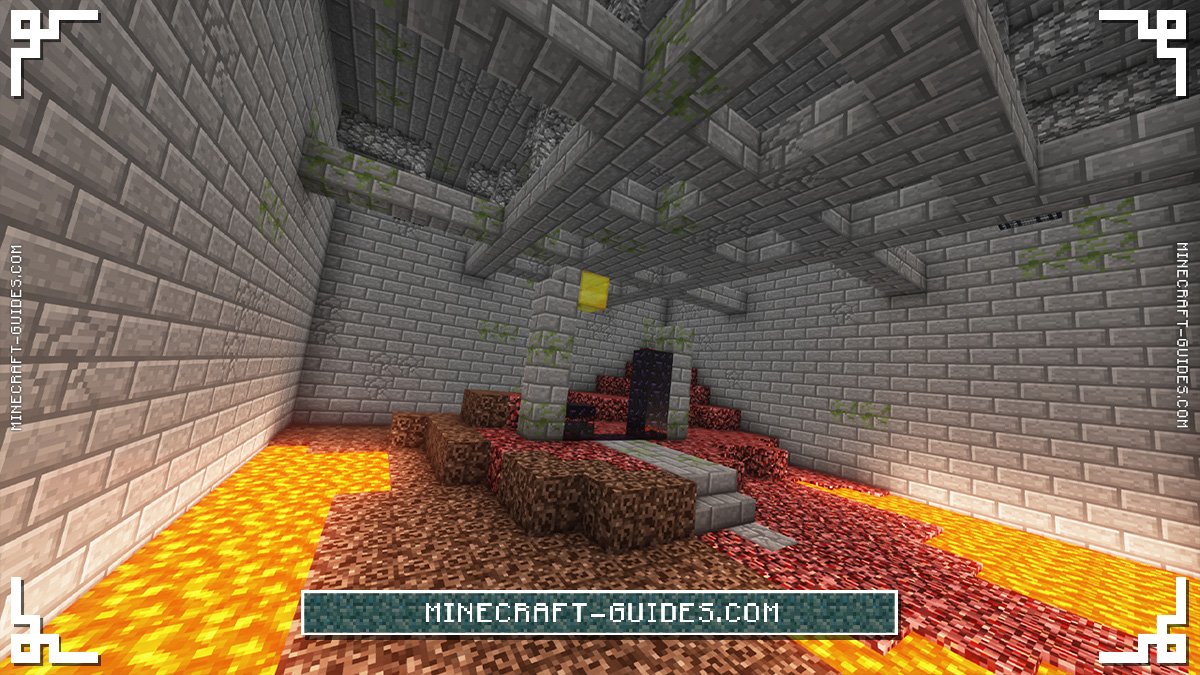 Caves and Dungeons, doesn’t focus on Dungeons, but it does include a few. As quite a few changes are also made to Caves, adding structures and biome-like areas.

Firstly, underground locations like Mushroom Caverns, Miners Delight and even an area that looks like the Nether are able to spawn underground. Although a new Tower can also be found in the Nether too.

Dungeons-wise, you can find improved versions of Minecrafts Vanilla Dungeons. Aswell as The Forgotten Library, the Bedrock Maze, Improved Dungeon and Ancient Trap are all new Dungeons of different sizes. 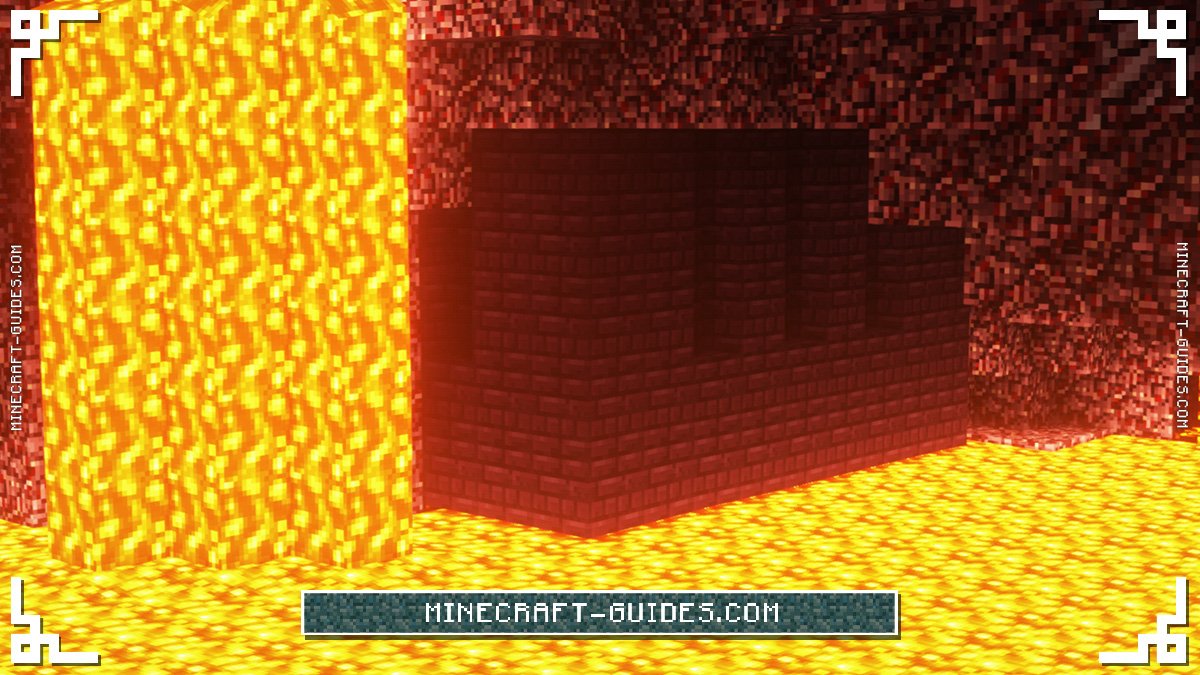 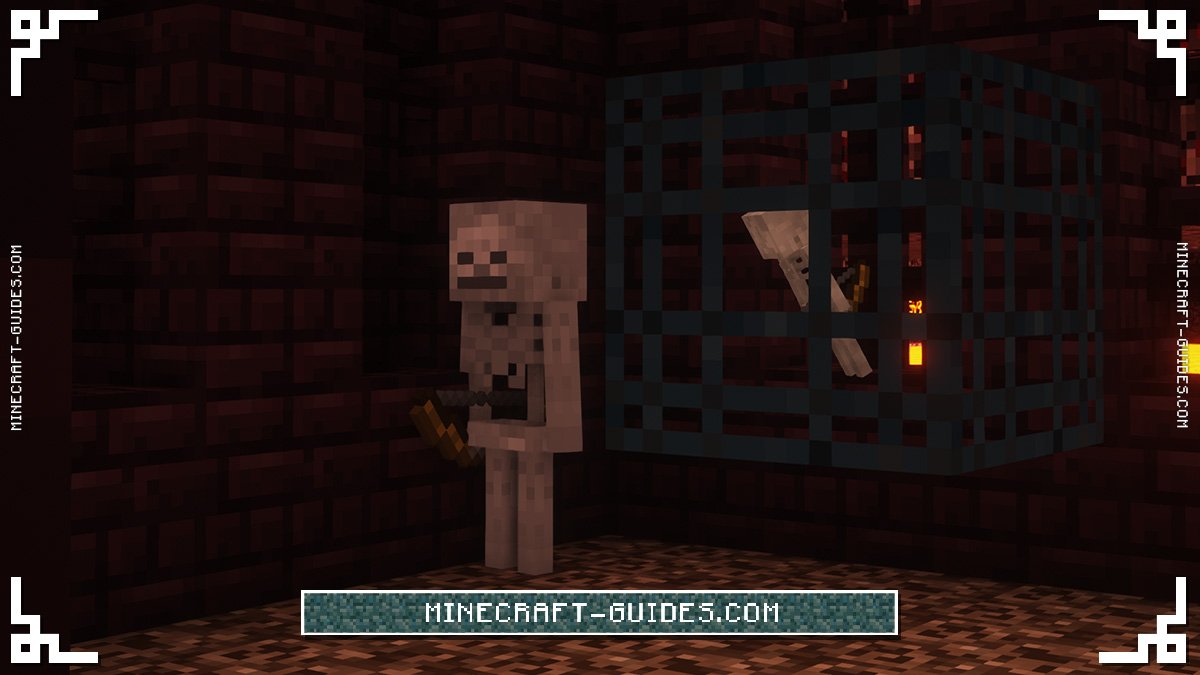 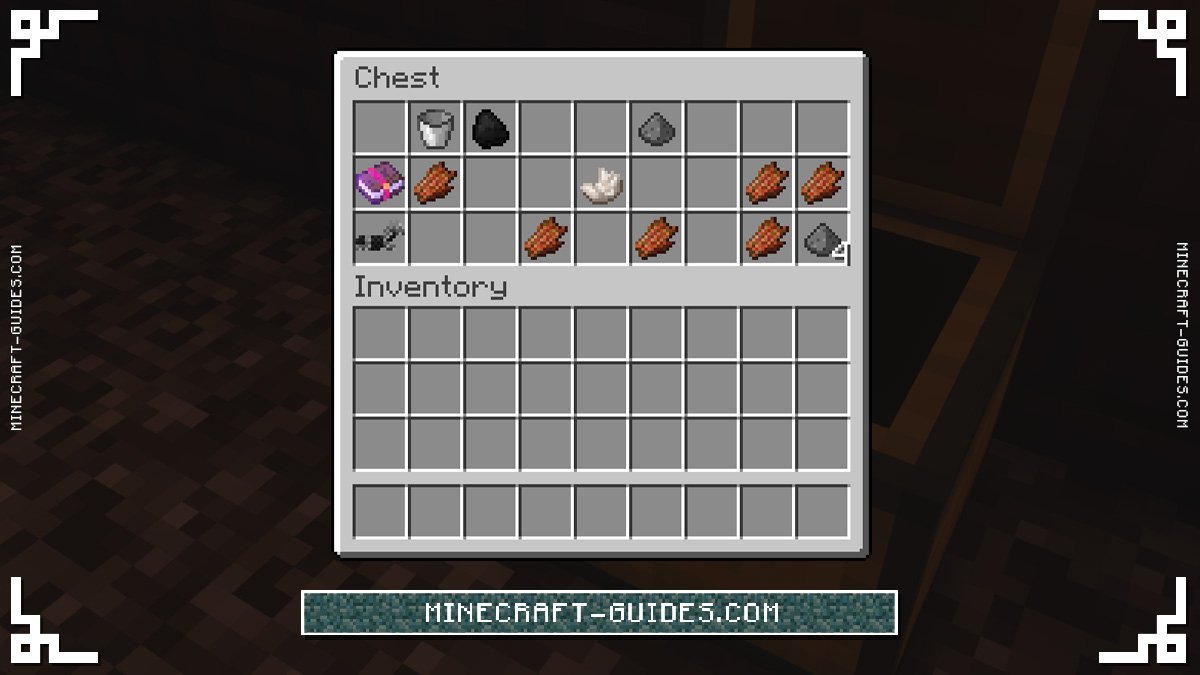 Nether Dungeons is going to add a few small additions to the Nether. Dungeons that can be found in the Overworld in Vanilla Minecraft, will also appear in the Nether too.

These structures are quite small. They’re cube shaped, and upon entering, the true size is  shown to be around 30 blocks. In the center of the Dungeon is a Spawner, which summons Skeletons, as well as Chests containing loot.

Players should expect to come across these Dungeons quite often. They don’t spawn solely inside walls, as they can be found even floating above Lava Lakes. On average, these Dungeons will try to spawn once every 4 Chunks. 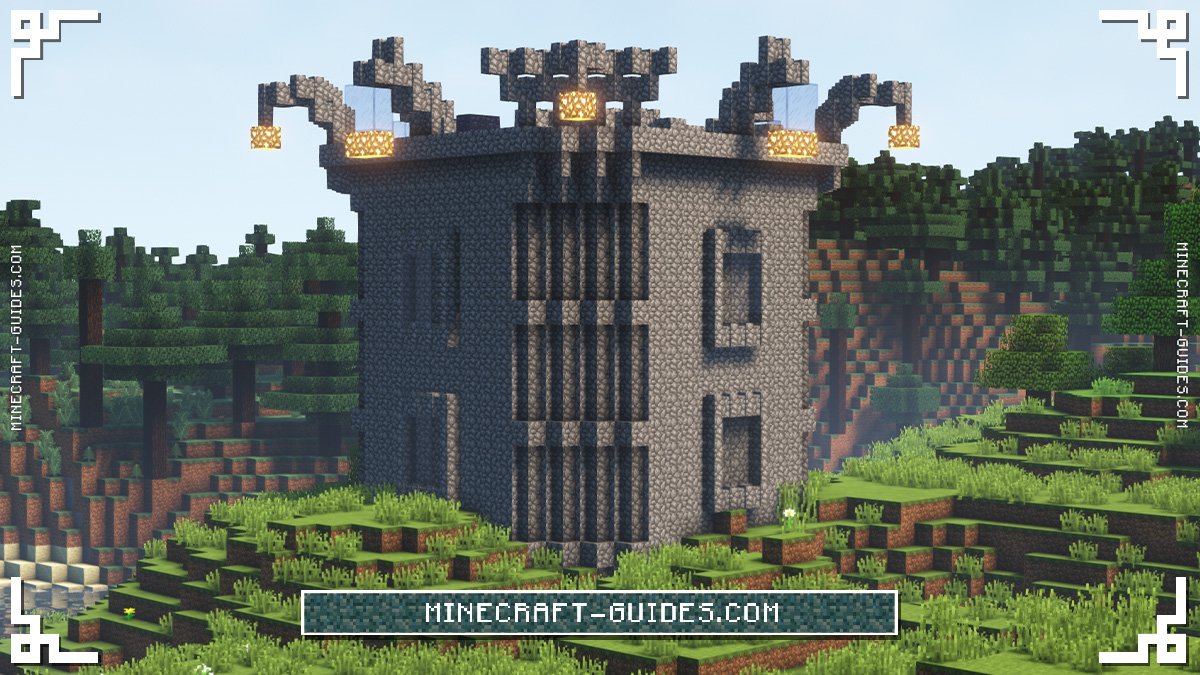 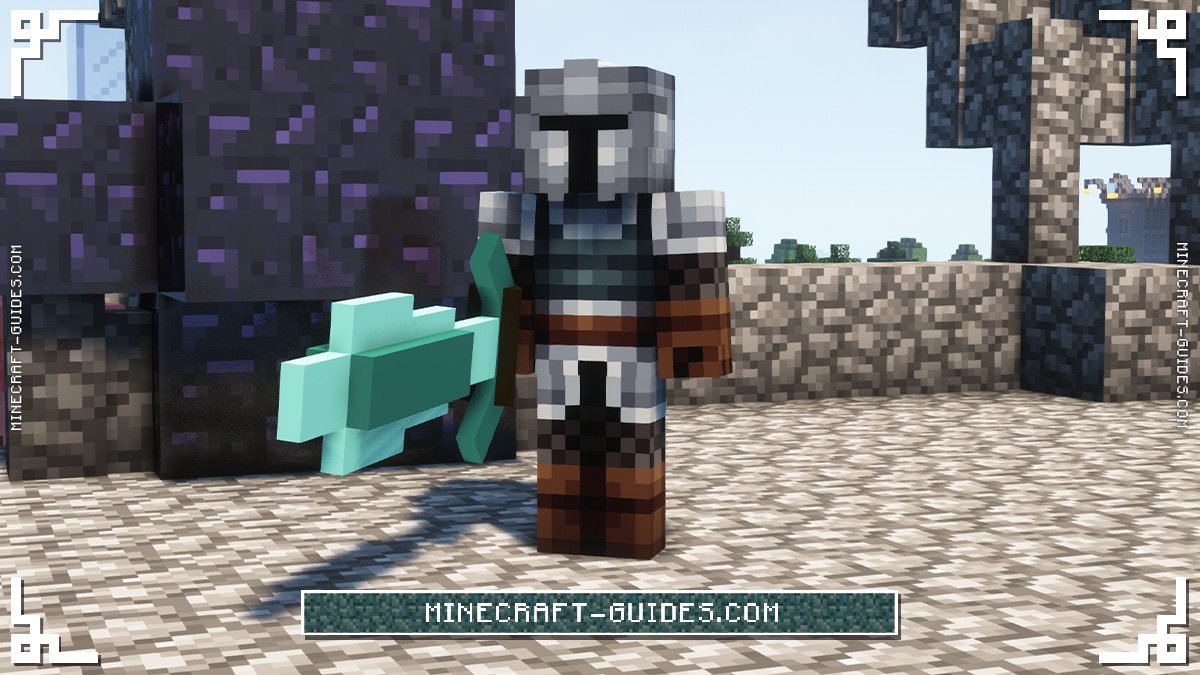 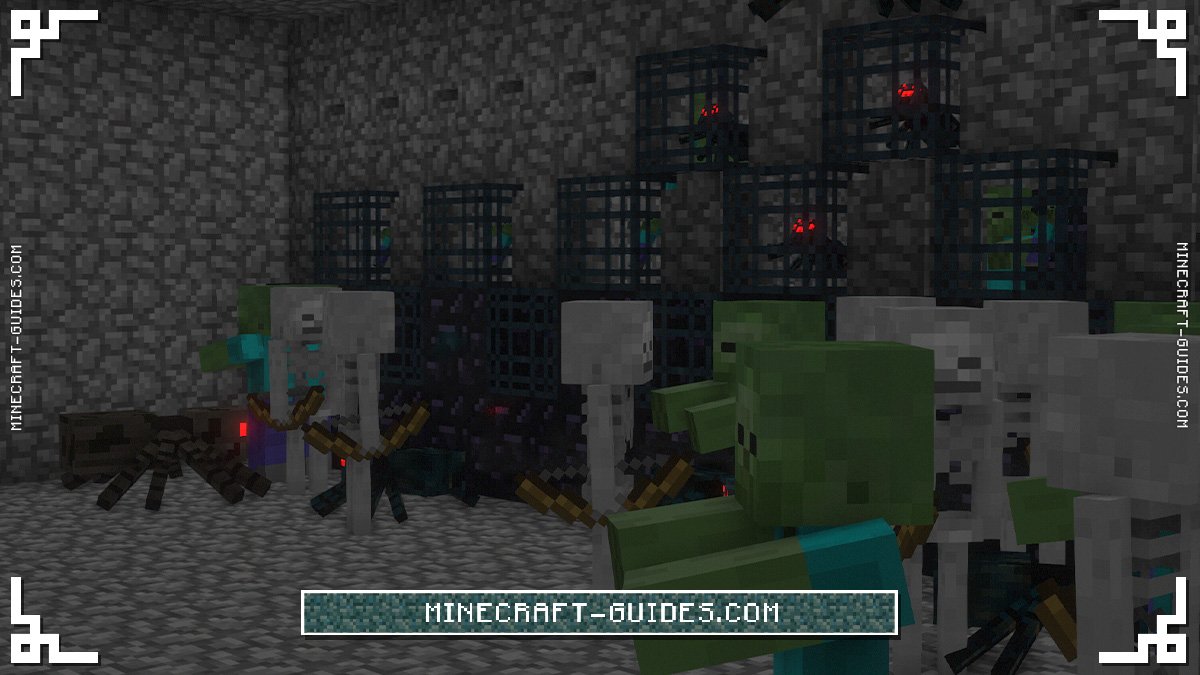 Hardcore Battle Towers adds 8 new dungeons into Minecraft, which can be found throughout the Overworld, Nether and End dimensions. Each one is of a different theme, and contains chests of loot.

Even though they’re towers, most of them are only a few floors high. Appropriately, the mod is named ‘hardcore’ as even the smallest Battle Towers can have dozens of spawners, all of which need to be taken out.

Like with similar Battle Tower mods, you need to reach the top. There, a boss can be found, such as the Knight, Stone Golem or Skeleton King. Some of these bosses can even drop their weapons.