This list is going to take a look at the Top 10 Best Biome Mods, currently available for Minecraft 1.12.2. These are mods which implement new biomes, terrain and locations to your Minecraft world, giving it a fresh feeling. 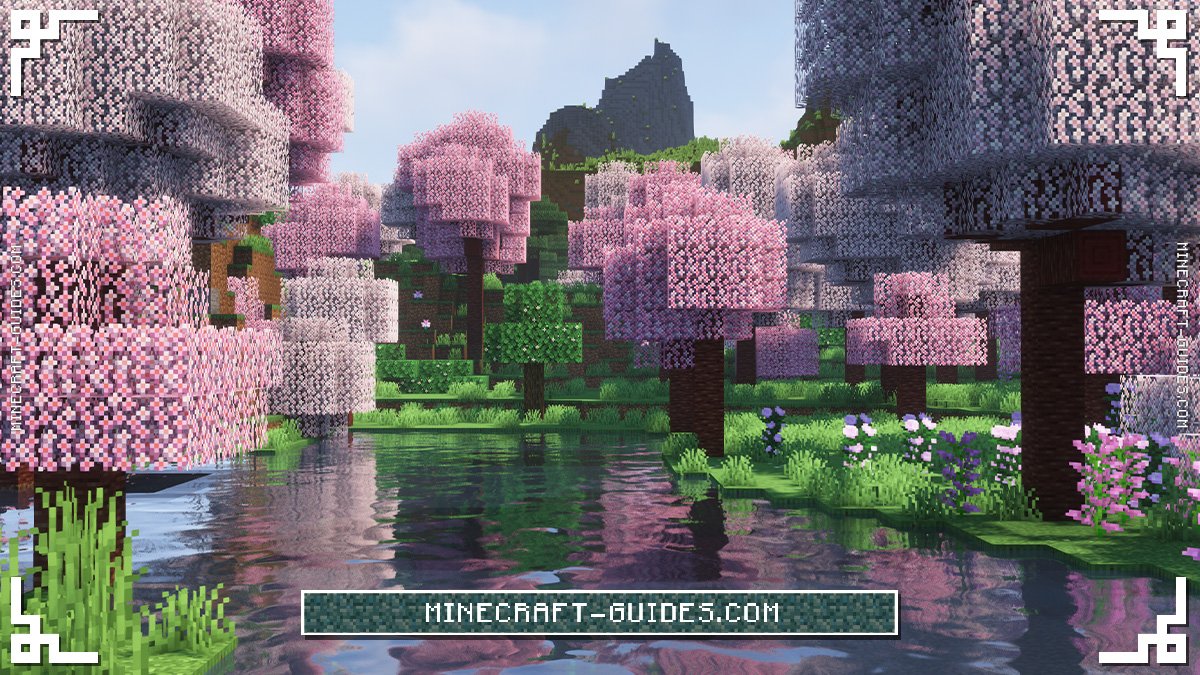 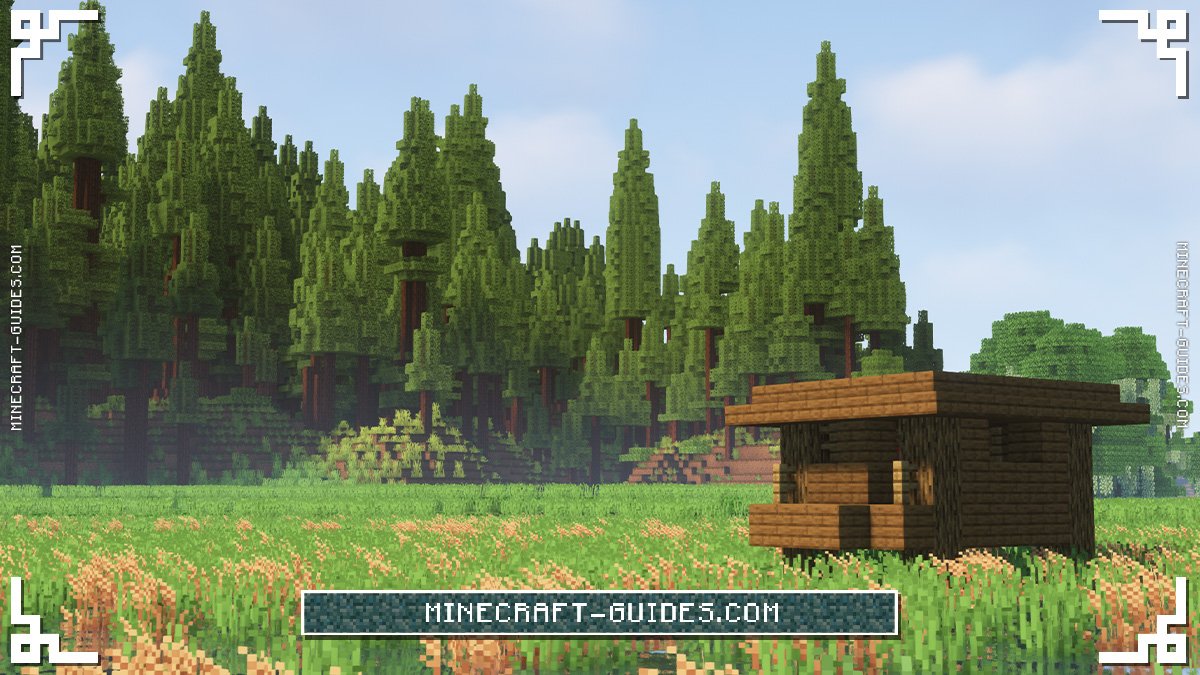 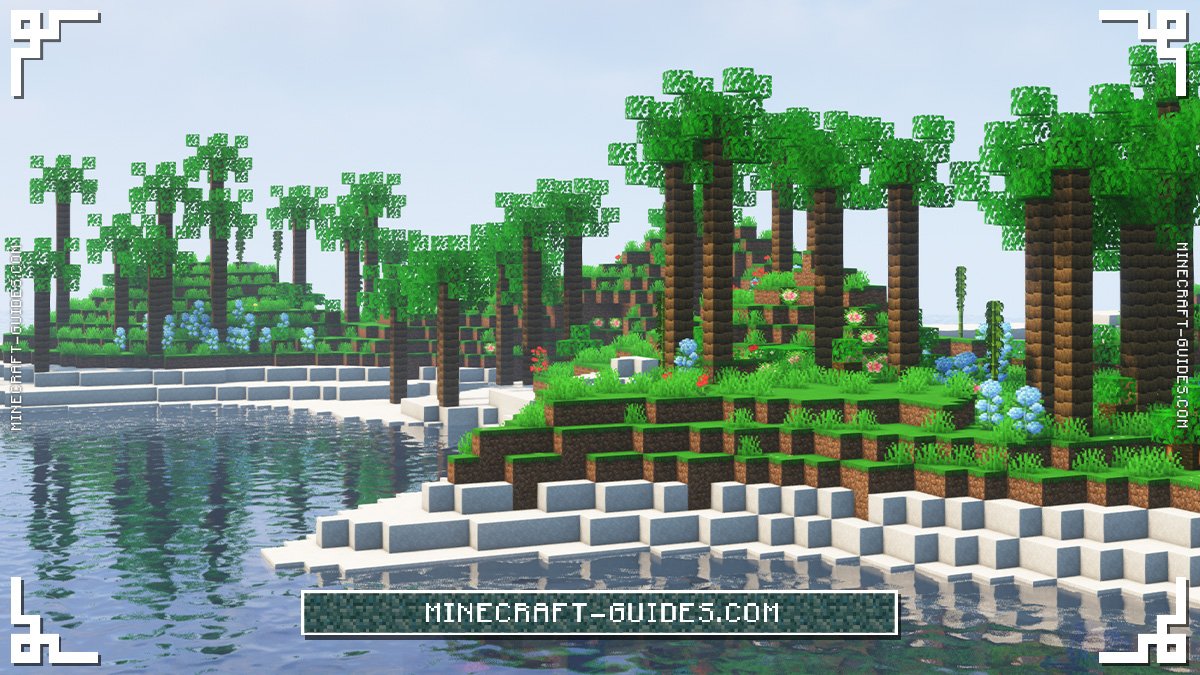 Biomes O’ Plenty is one of the most well known Biome mods available for Minecraft. Especially when it comes to Minecraft 1.12.2. Most of the Biomes included with this mod really compliment the Vanilla game.

What you’re used to in Minecraft won’t be changed too much. When exploring, you will find that new Biomes spawn in both the Overworld and Nether. Currently, no new Biomes are added to the End Dimension.

Biomes O’ Plenty also includes a lot of new blocks and items, such as new types of Wood, Flowers and Trees. Due to its popularity, many additional mods have been created to compliment Biomes O’ Plenty, with one of the most noteworthy additions being the Dynamic Trees patch. 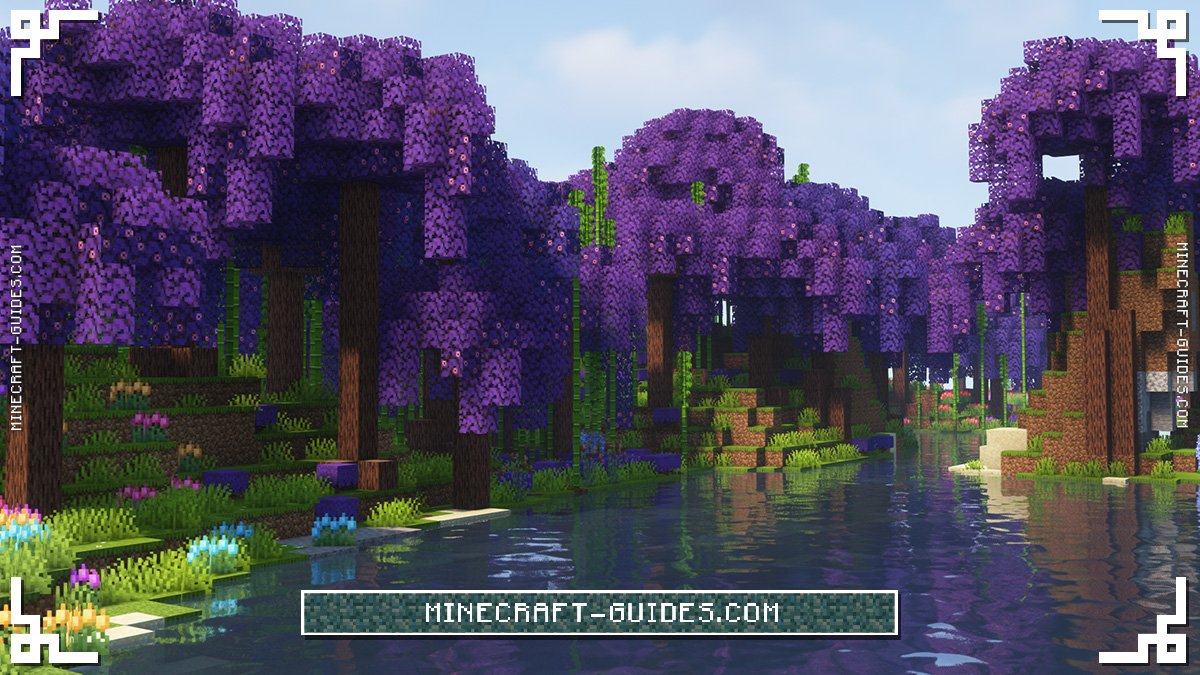 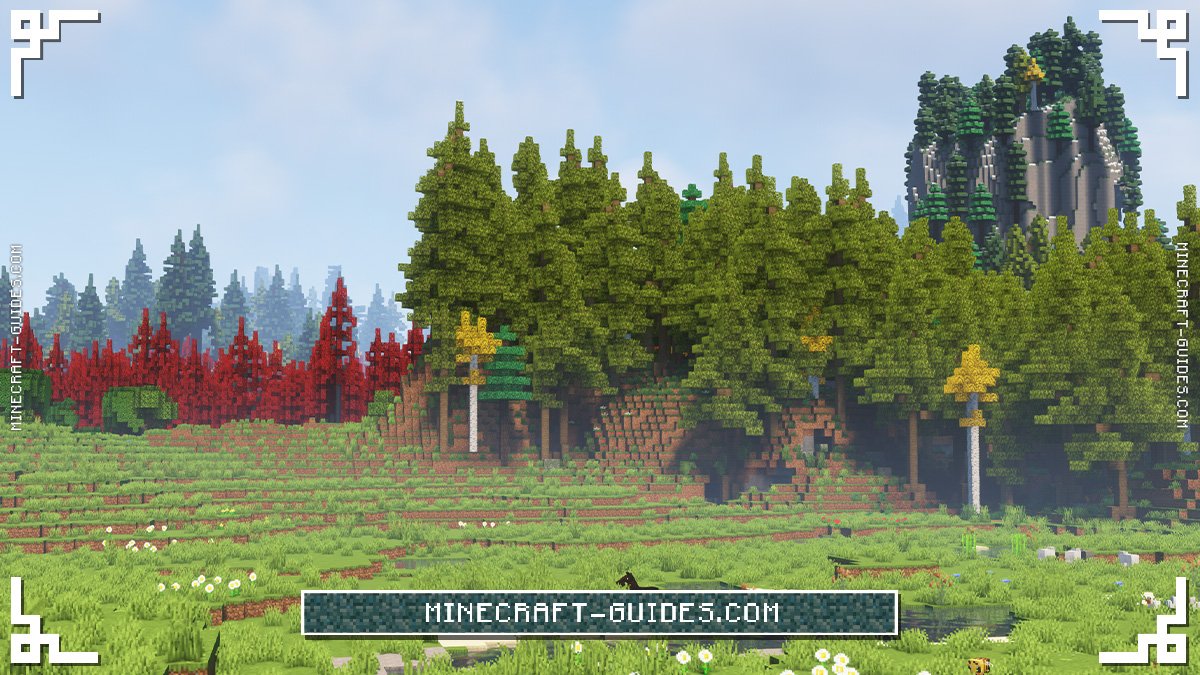 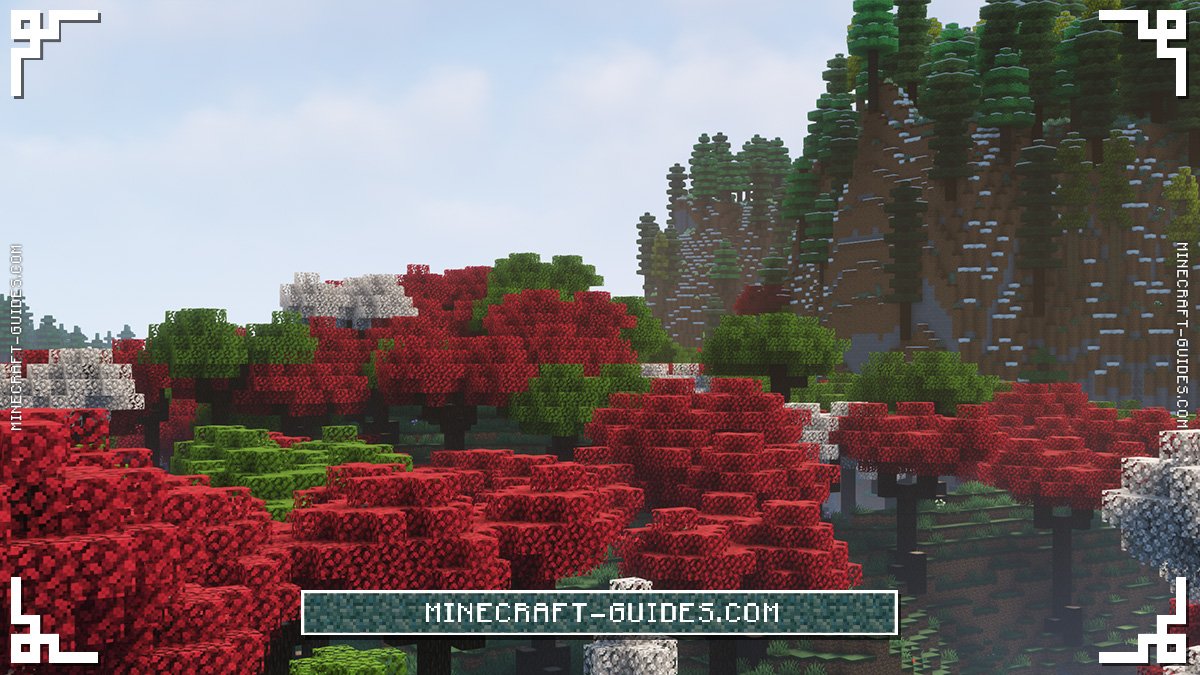 Another larger expansion comes with ‘Oh The Biomes You’ll Go’. Unlike Biomes O’ Plenty, you’ll find Biomes spreading throughout all 3 Dimensions instead. Therefor, you can expect to see lots of changes come to the End too. A lot of these Biomes also fit a more magical and fantasy theme.

It’s definitely great for transforming Minecraft so that it has more of an RPG feeling instead. Between these two, I personally prefer ‘Oh The Biomes You’ll Go’, as changes to terrain are a lot more noticeable, which makes the world a lot more interesting and diverse when it comes to exploring.

Some locations that you might come across are the Skyris Highlands, Shattered Glaciers and Crag Gardens. Some new blocks and items are also included with ‘Oh The Biomes You’ll Go’. 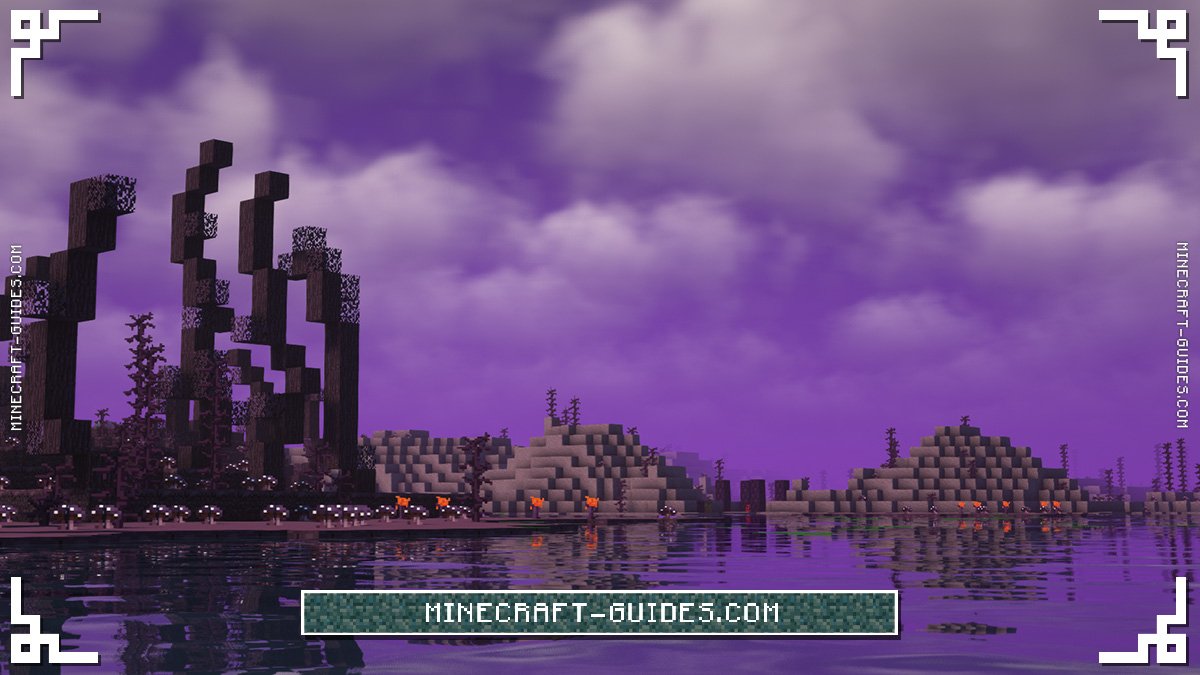 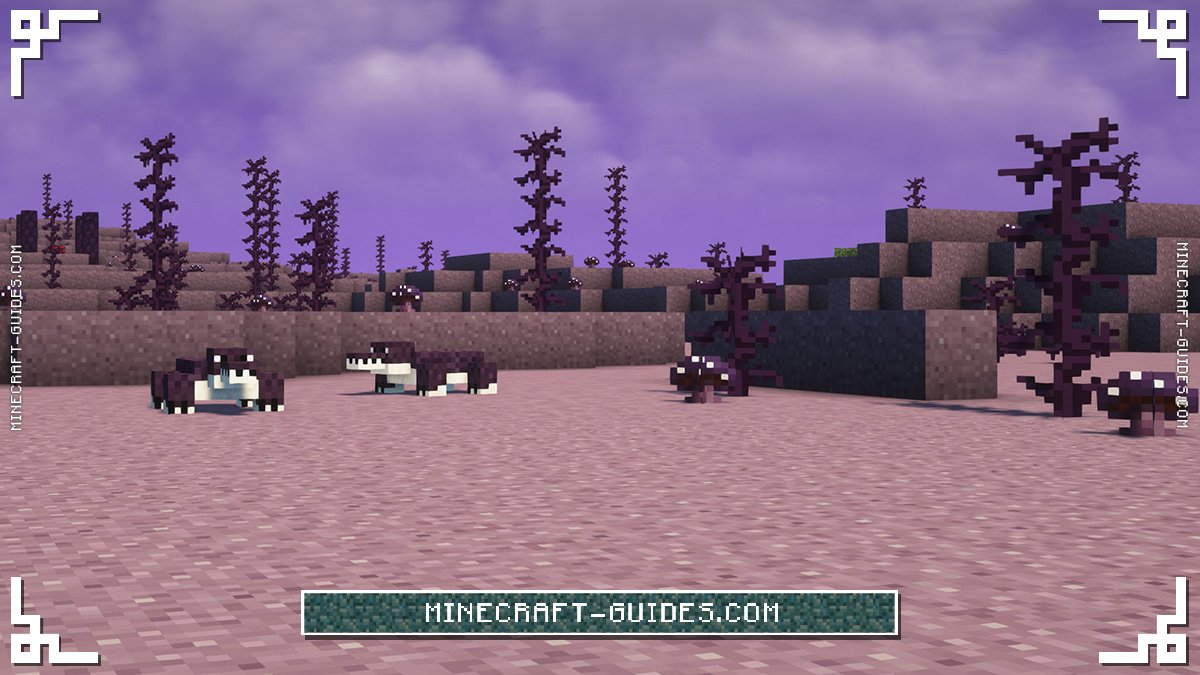 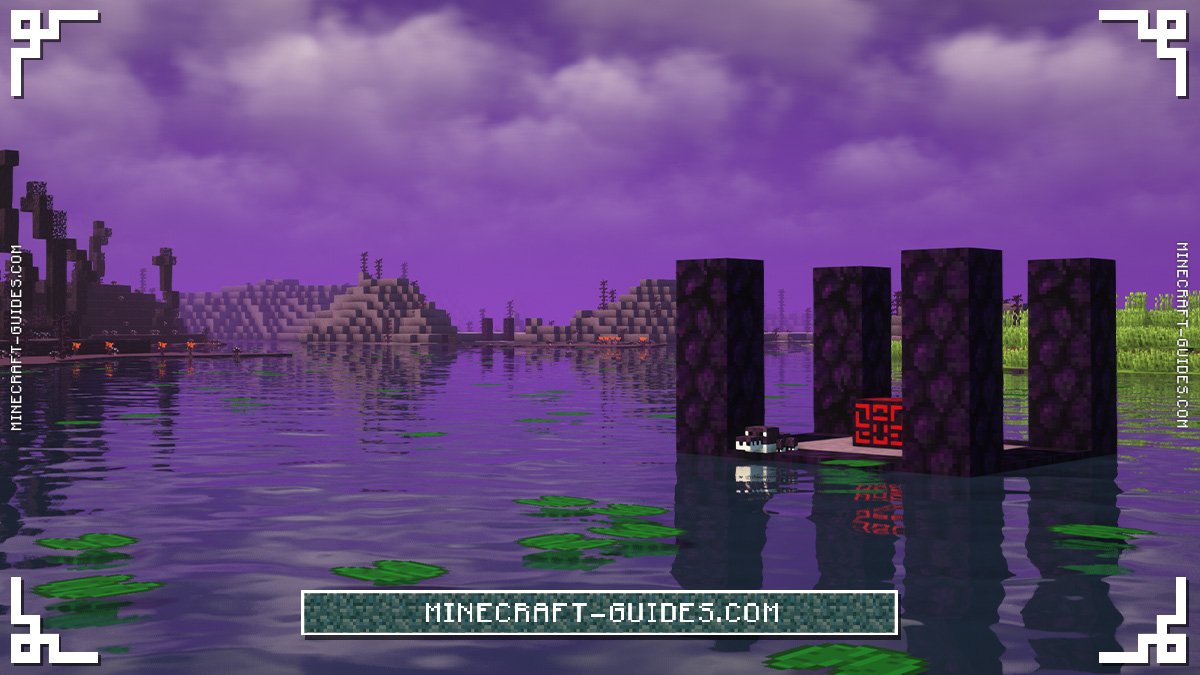 Instead of a complete overhaul to Minecrafts Biomes, installing Defiled Lands is designed to work alongside them. It adds the Defiled Lands Biome, which has 7 different variations (Desert, Plains, Hills, Swamplands, Ice Plains, Tenebra Forest and Vilespine Forest) they can spawn in.

The Biome is intended to be dangerous. The ground of these Biomes are defiled, and will be purple in color. Over time, it will spread to the surrounding blocks, corrupting them too.

In the Defiled Lands, there’s some custom creatures that spawn inside, such as the Scuttler, Shambler, Host and Defiled Slimes, and there’s even a boss named The Destroyer. There’s a lot more that comes alongside the Defiled Lands, such as new structures, tools, weapons and mechanics. 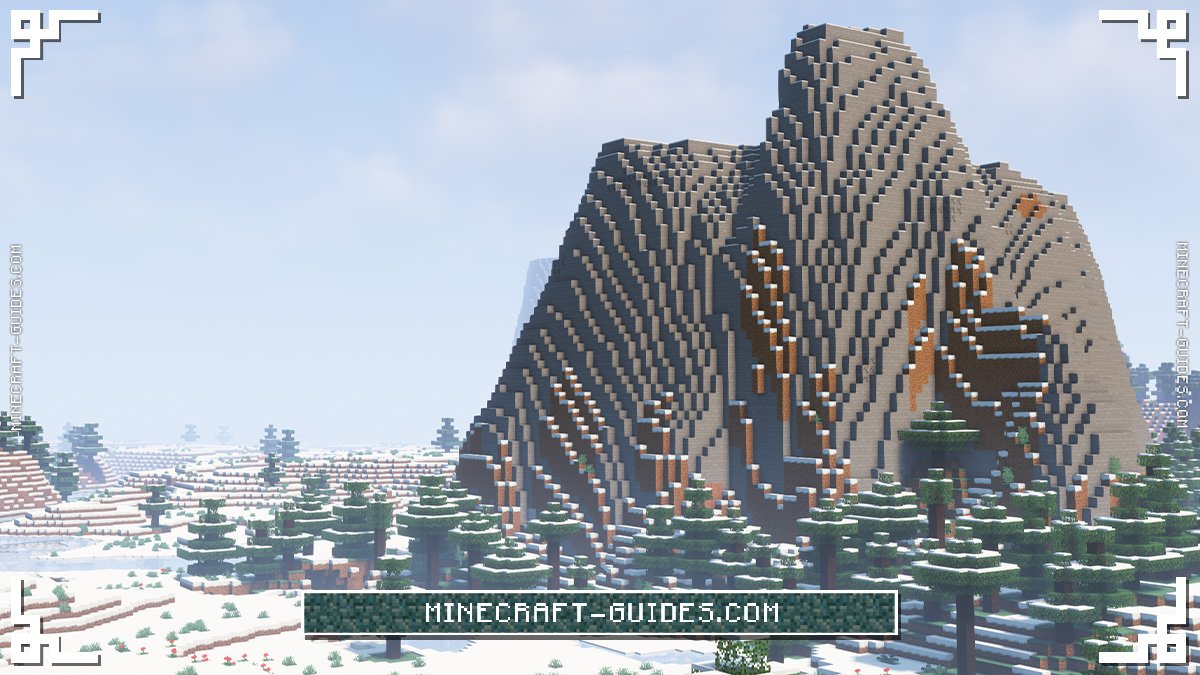 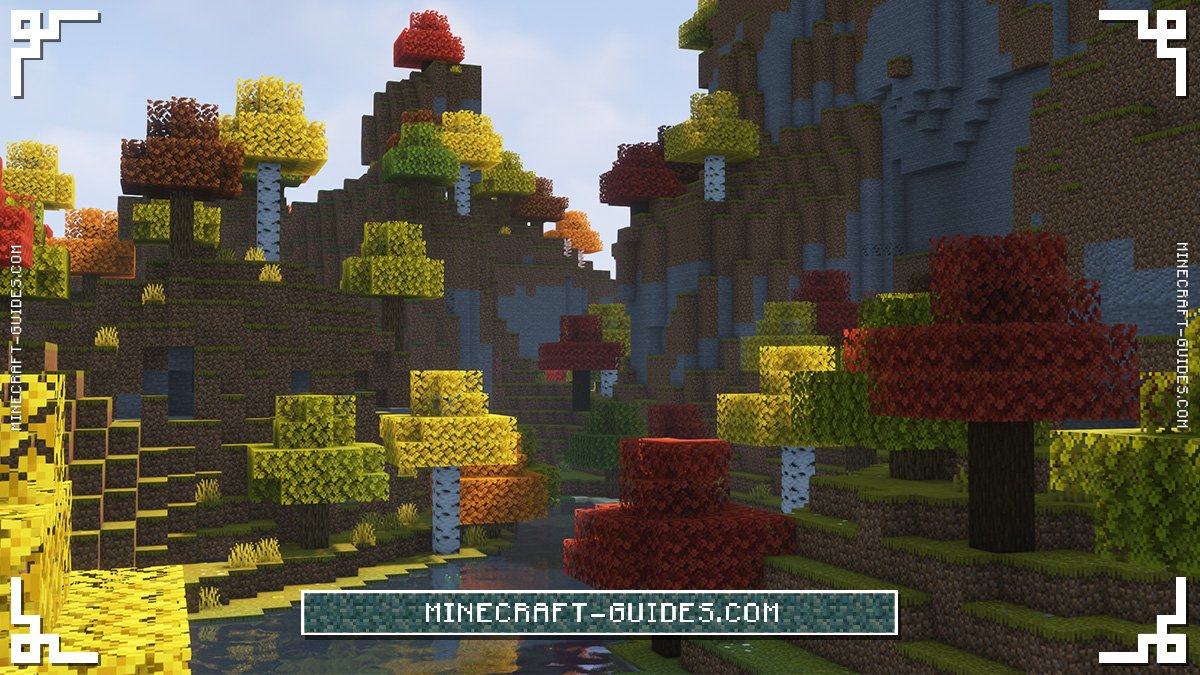 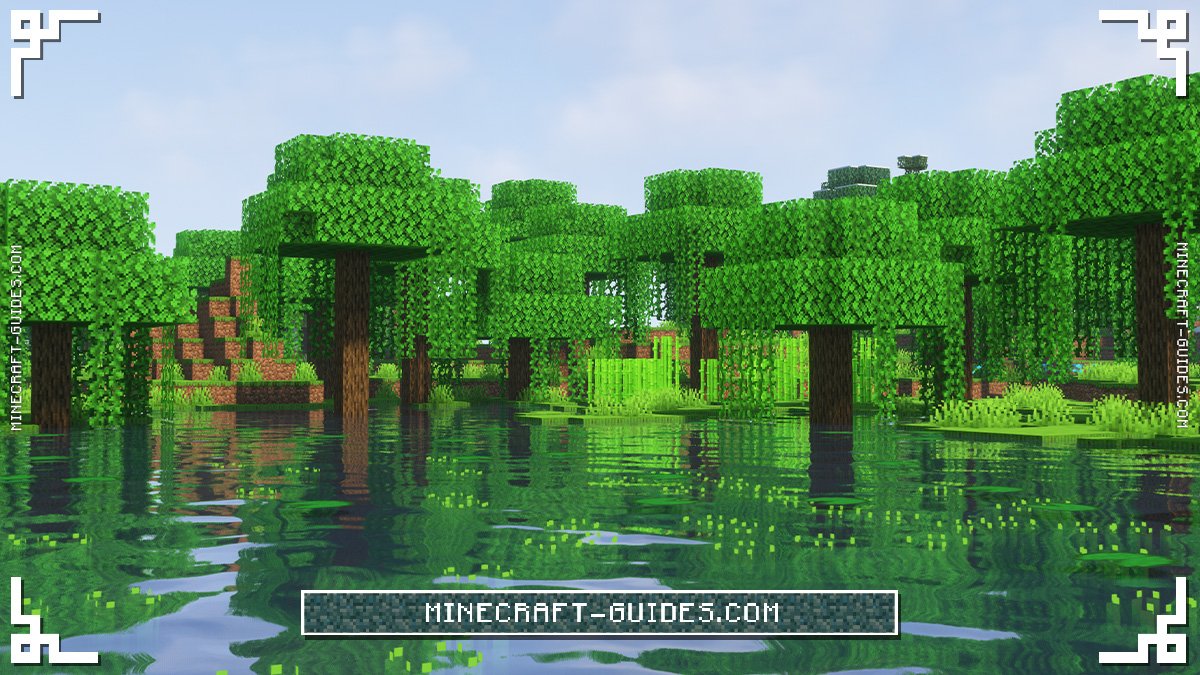 Traverse Reforged adds a few new Biomes which blend in with Vanilla Minecraft nicely. Some of the new Biomes that you can discover are the Arid Highlands, Coniferous Forest, Meadows, Lush Swamp and Rolling Hills.

If you’re wanting a Biome mod that simply improves on terrain without making Minecraft feel completely different, then this is probably the best choice. There’s 22 different Biomes in total, all within the Overworld.

There is more dramatic terrain in some of these Biomes, with much steeper cliffs and taller trees. If you’re using the Dynamic Trees mod, then a compatibility patch can also be found to allow them to work together. 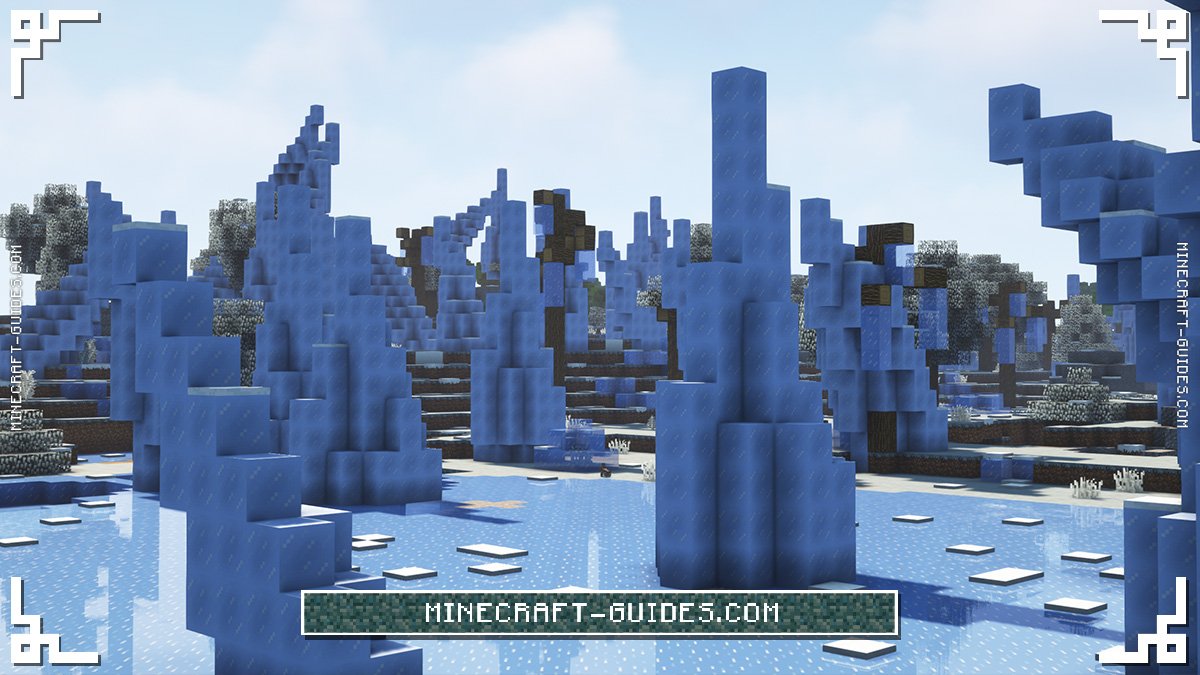 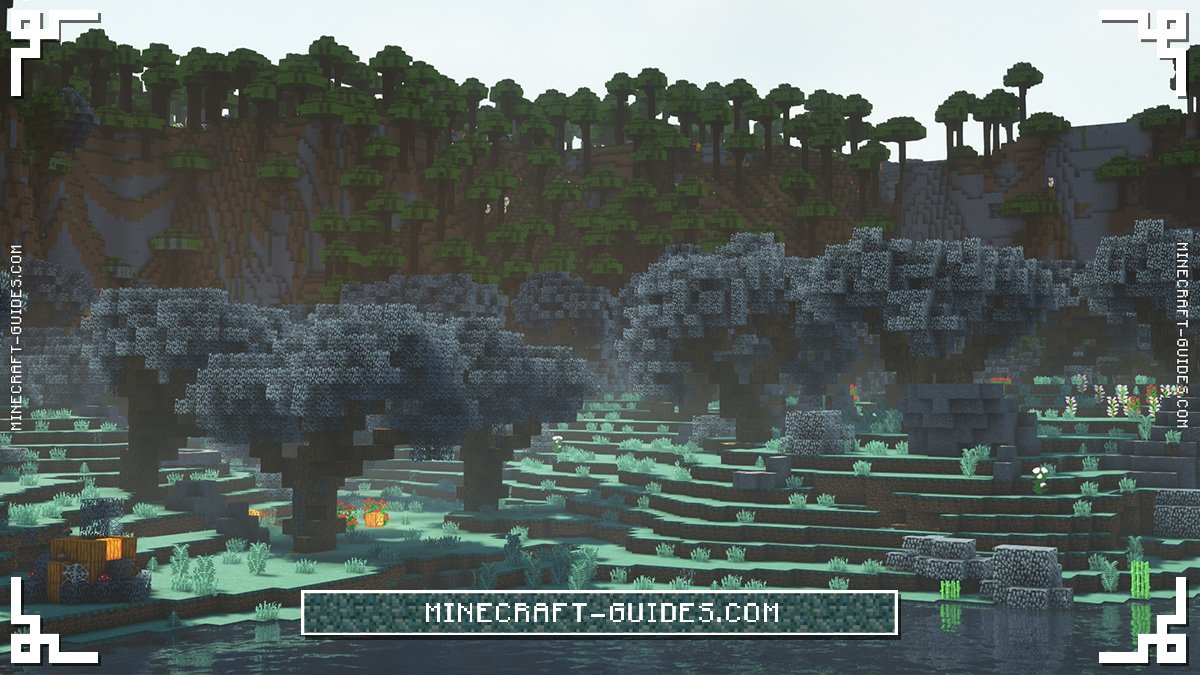 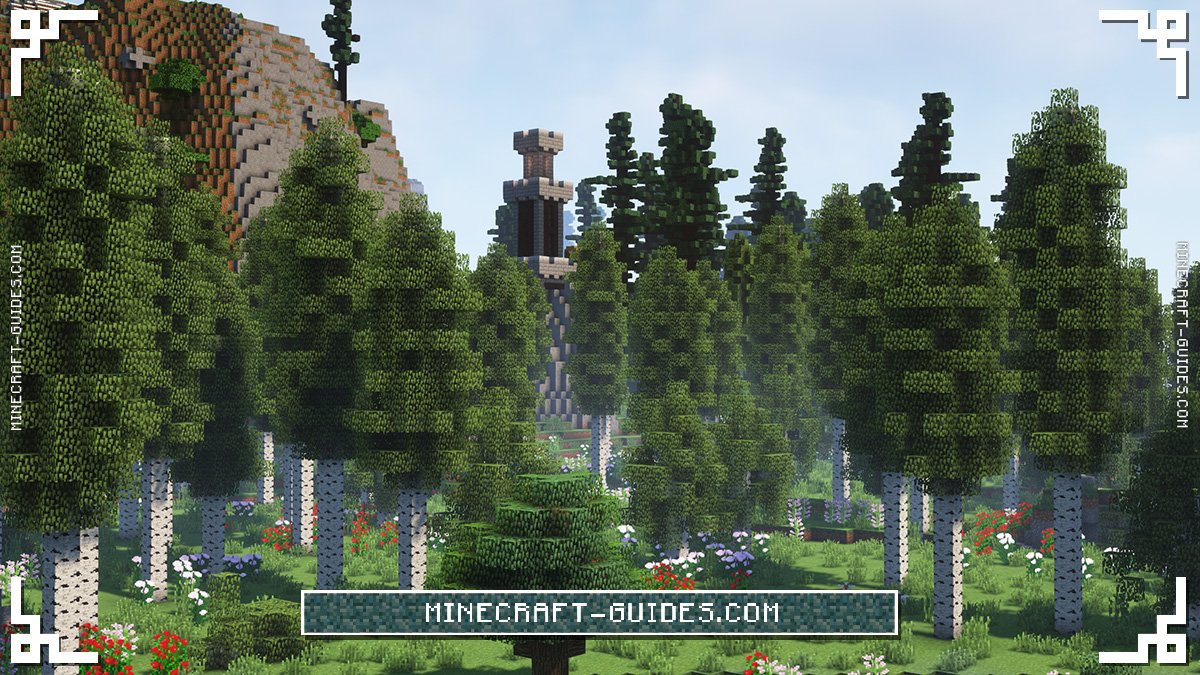 A personal favorite, and what I think is the best Biome mod available for Minecraft 1.12.2 is Biome Bundle. It works alongside Open Terrain Generator to add over 400 new Biomes to the game, which are all completely unique and different to what you’re used to seeing.

Terrain is greatly improved, so that you can find deep valleys or steep mountains, which is all in thanks to Open Terrain Generator. There’s also over 2000 structures added to these Biomes which change their variation a lot. If you’re wondering what these structures are, then it’ll mostly be custom Trees and Rocks, as well as Dungeons & Ruins.

Luckily, there’s even a compatibility patch called Biome Bundle O’ Plenty. Installing this will allow you to incorporate all of the Biomes O’ Plenty locations into Biome Bundle. 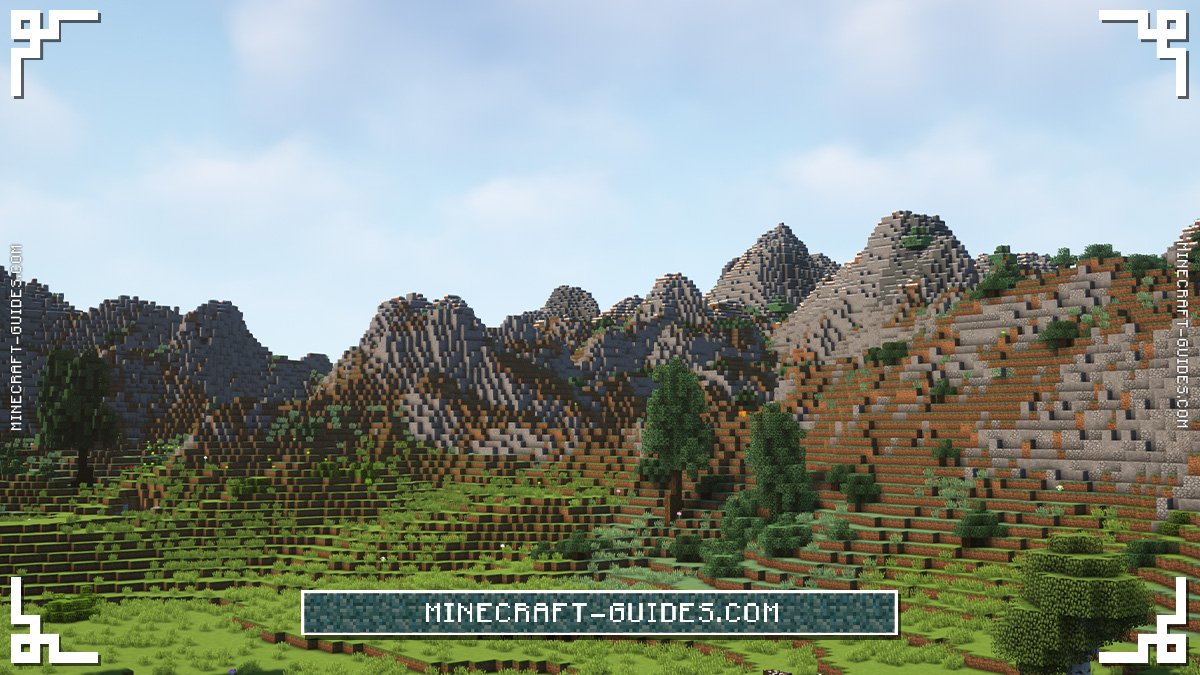 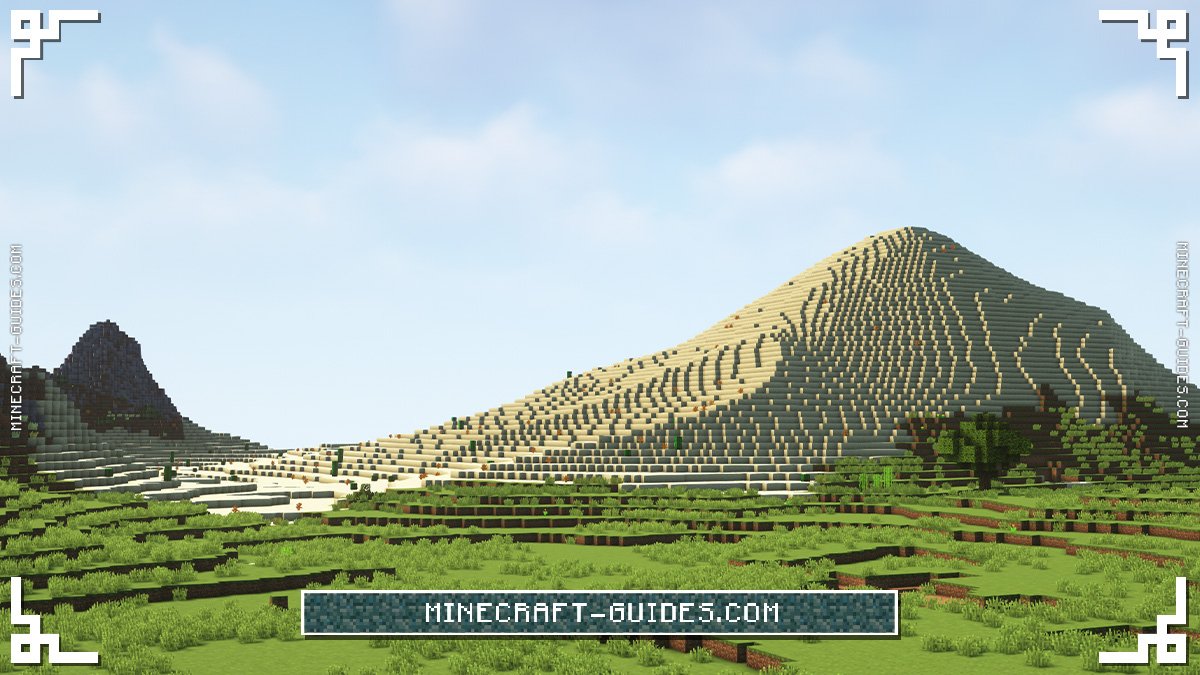 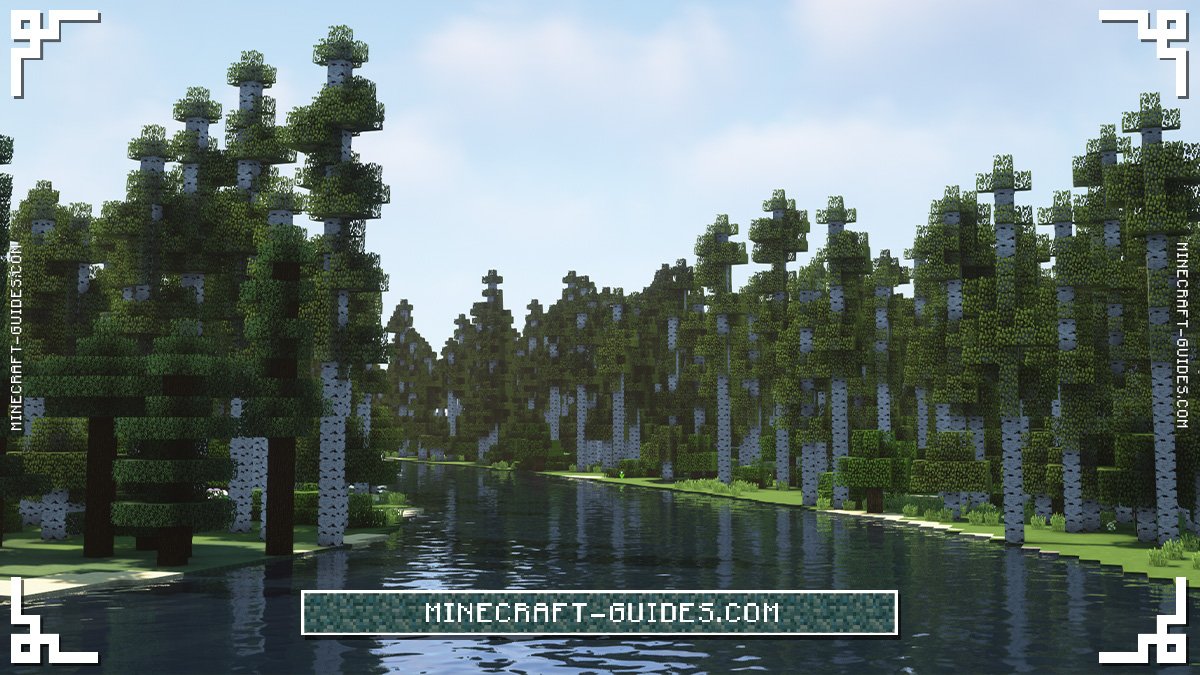 Realistic Terrain Generation is a new world-type, and aims to overhaul all of the already existing Biomes in Minecraft. No new Biomes are added. Instead, you’ll find all the same locations you normally would, except they’ve been transformed.

No new blocks are added either, so it’s a pretty simple setup. In general, your Biomes should feel a lot larger and spread out. You can find yourself spending a long time crossing realistic looking Dunes in a Desert, or hundreds of blocks of nothingness in the Plains Biome.

As previously mentioned, this is a world-type. During the world creation process, it will need to be selected in the world-type option to be functional. 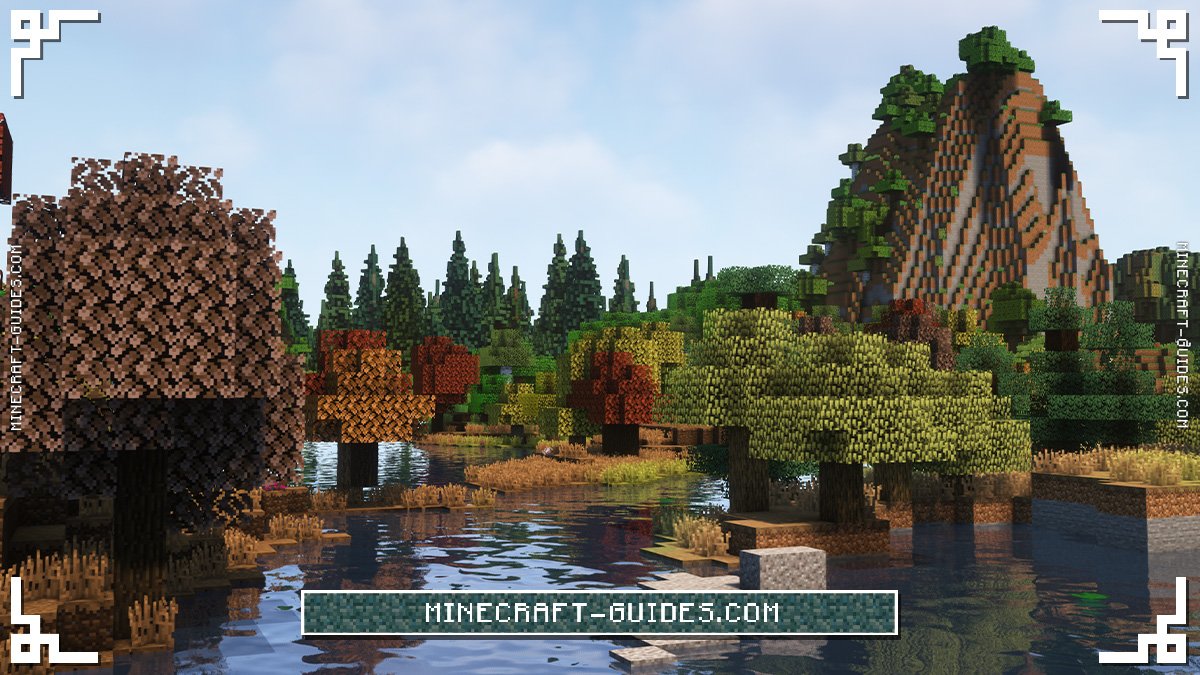 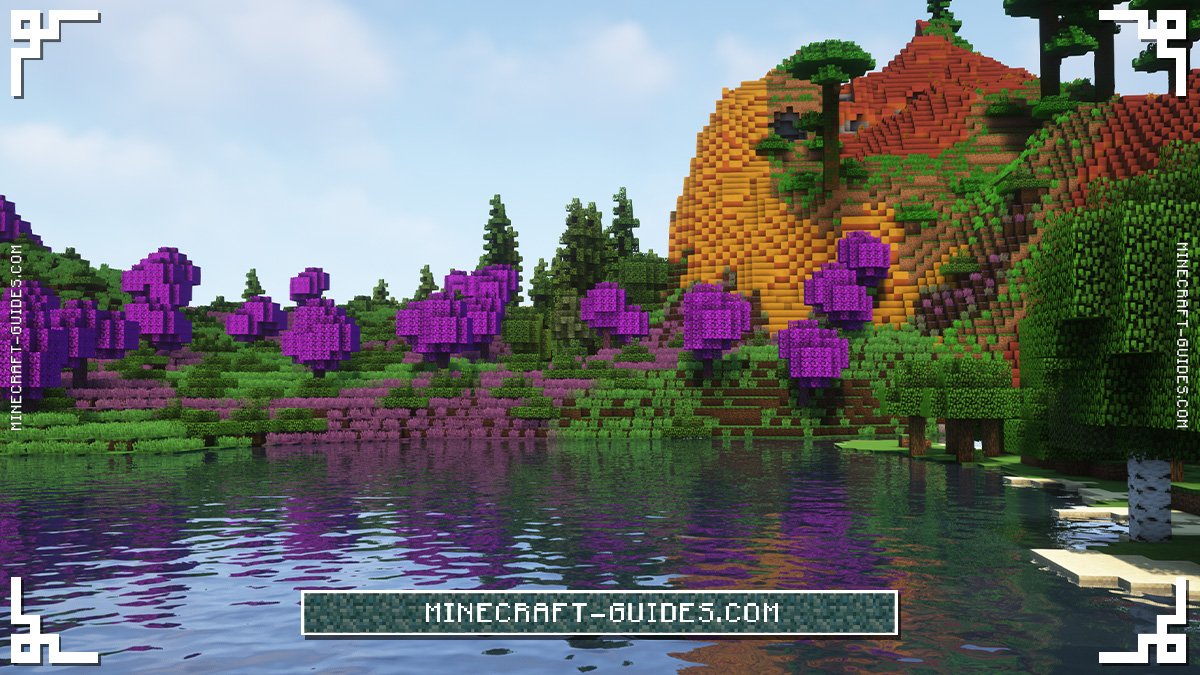 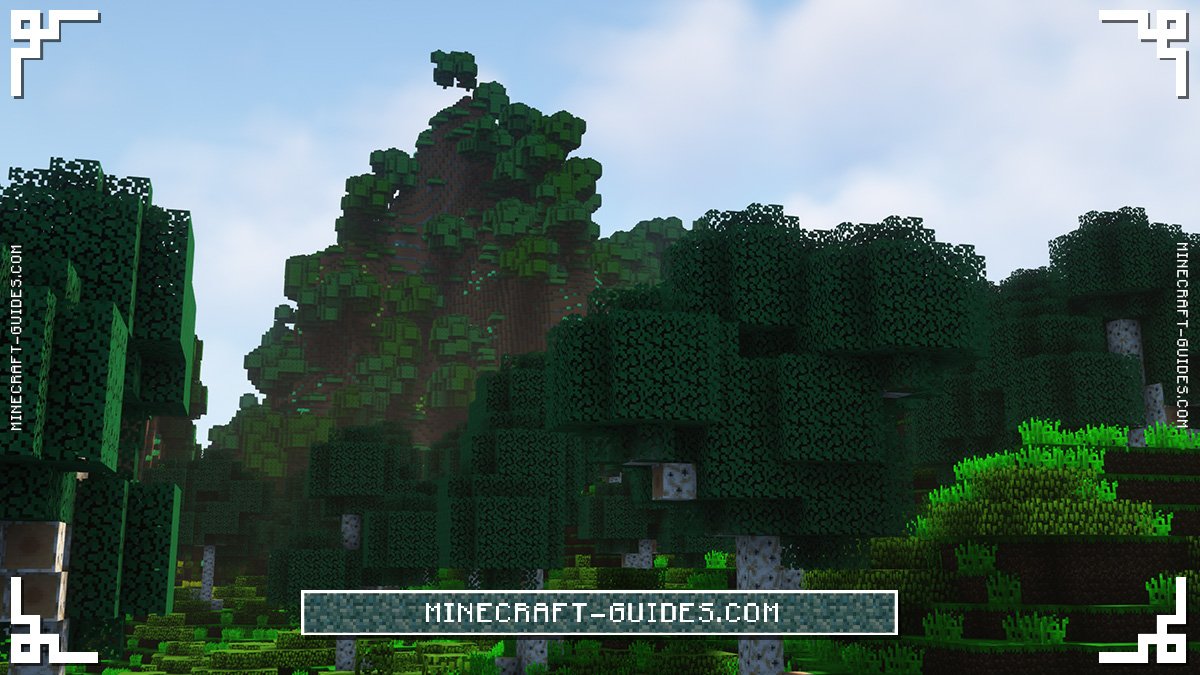 A huge expansion comes with  WildNature, which should make Minecraft feel more alive. With this list being focused around Biomes, you’ll find that this mod introduces over 200 new ones. They’re also accompanied by some new types of trees and structures.

There’s even over 80 fruits and vegetables, a lot of which you can find on bushes and trees. These can be turned into over 130 different meals. Outside of nature, you can find some new Redstone components, and over 500 different decoration blocks, so you can really expect this mod to add whole complex systems. 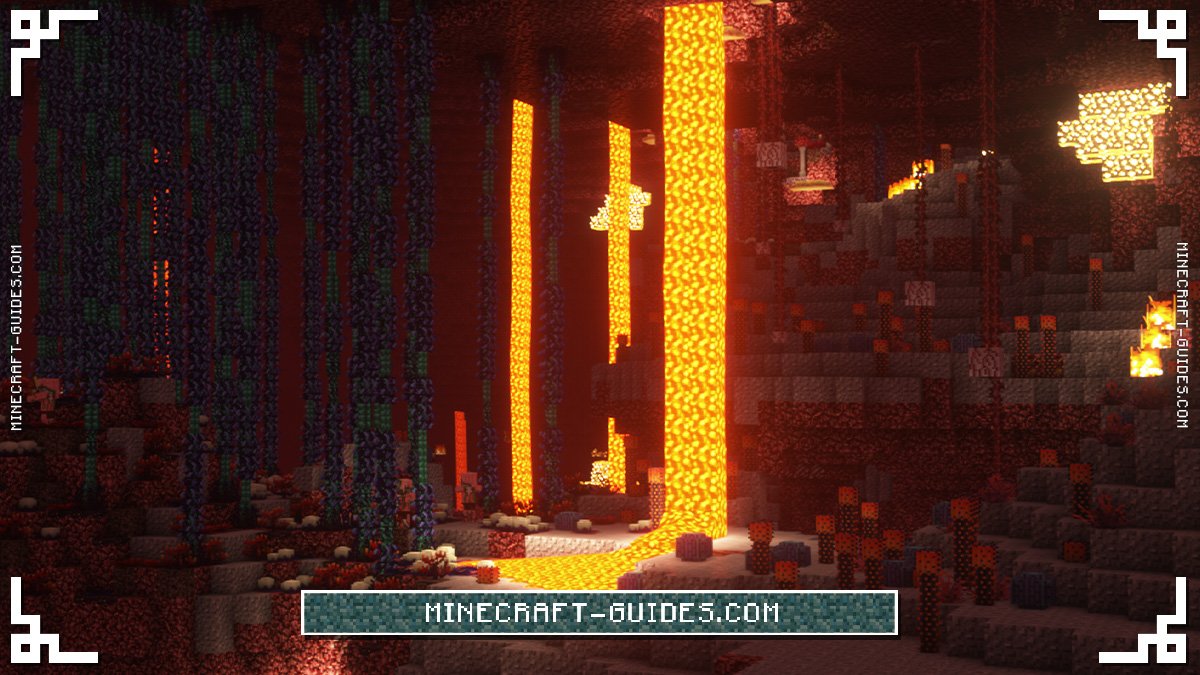 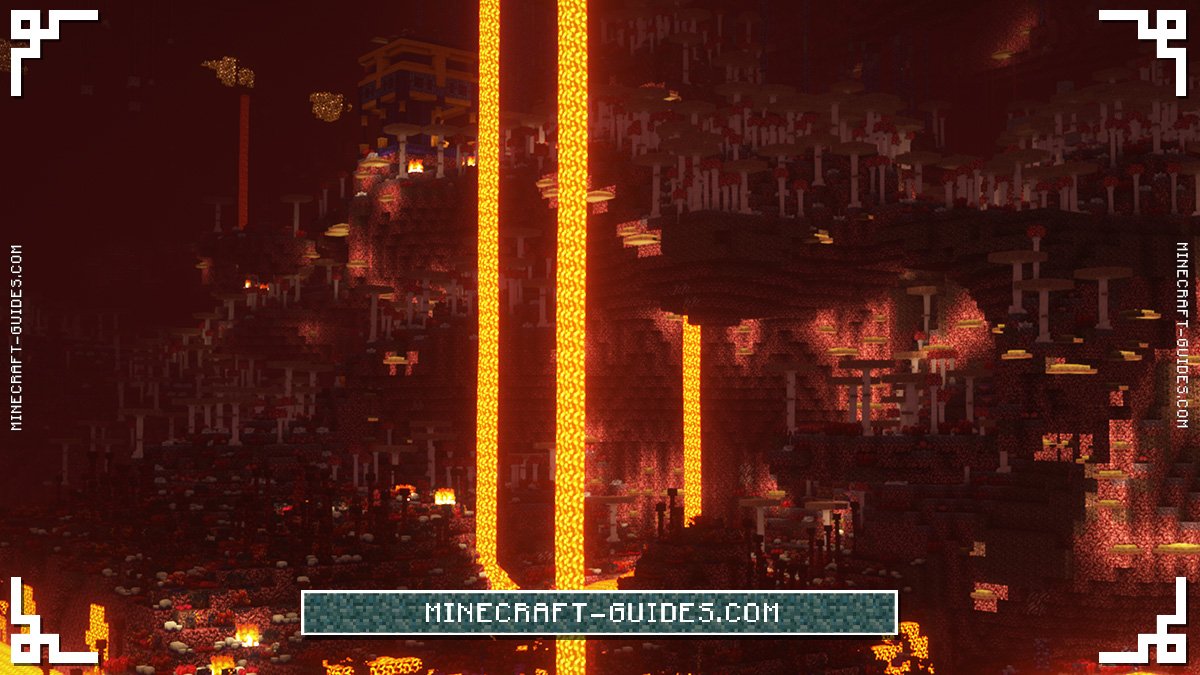 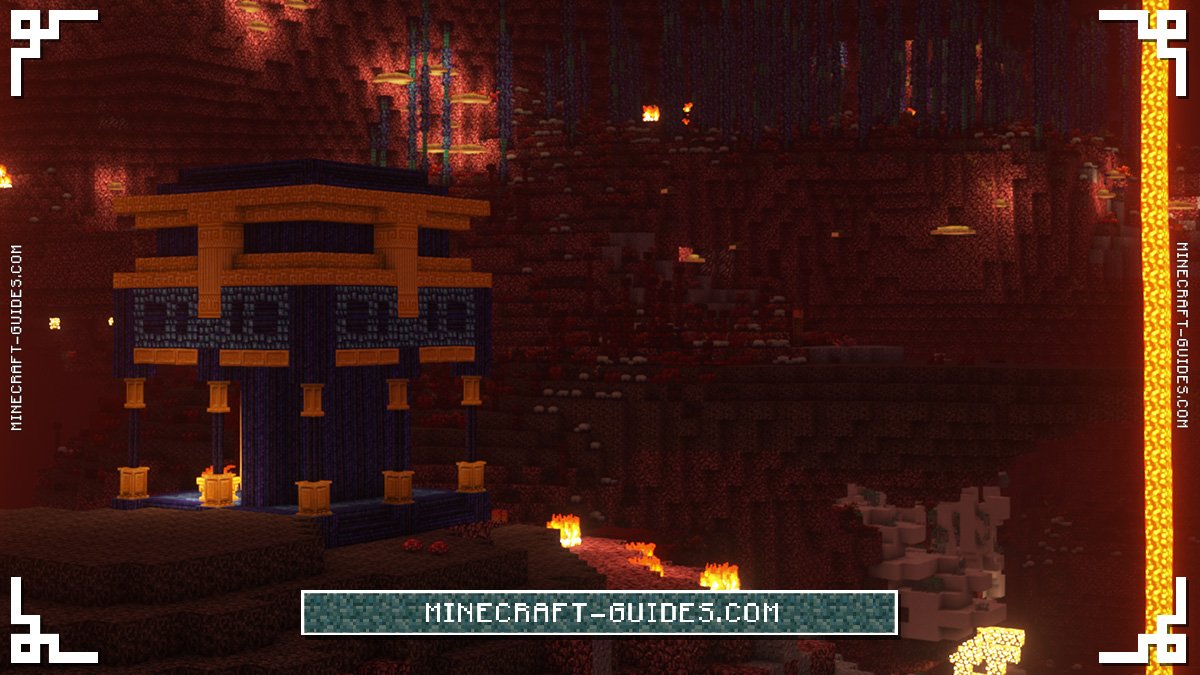 To focus solely on the Nether Dimension, the BetterNether mod is a great option. Even though this mod is available for newer versions of Minecraft, attention has been shifted to the Fabric launcher in later versions.

It’s difficult to deny that the Nether is lacking content in Minecraft 1.12.2, especially without the Nether Update. Thankfully, this mod starts by adding lots of Biomes which adds new life, with dozens of new plants and Nether-themed creatures, like the Naga.

Structure-wise, there’s even Nether Cities to discover, as well as some new Dungeons. In general, the Nether is going to look a lot more colorful, and survivable, as there’s tons of new vegetation. 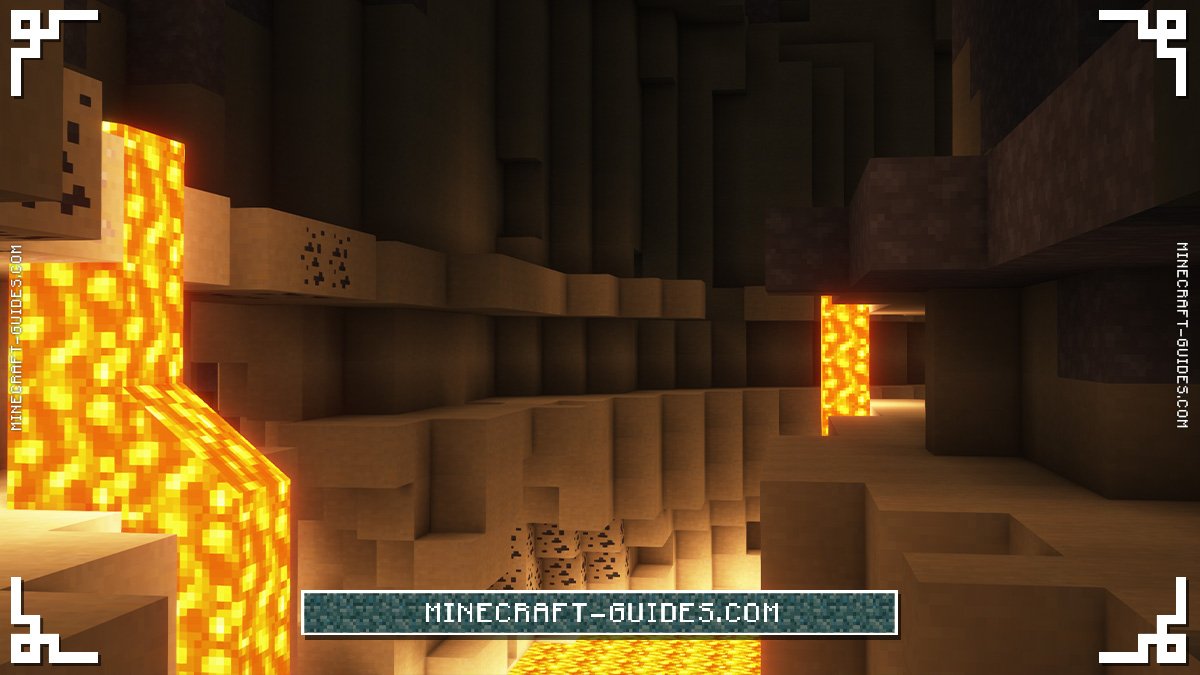 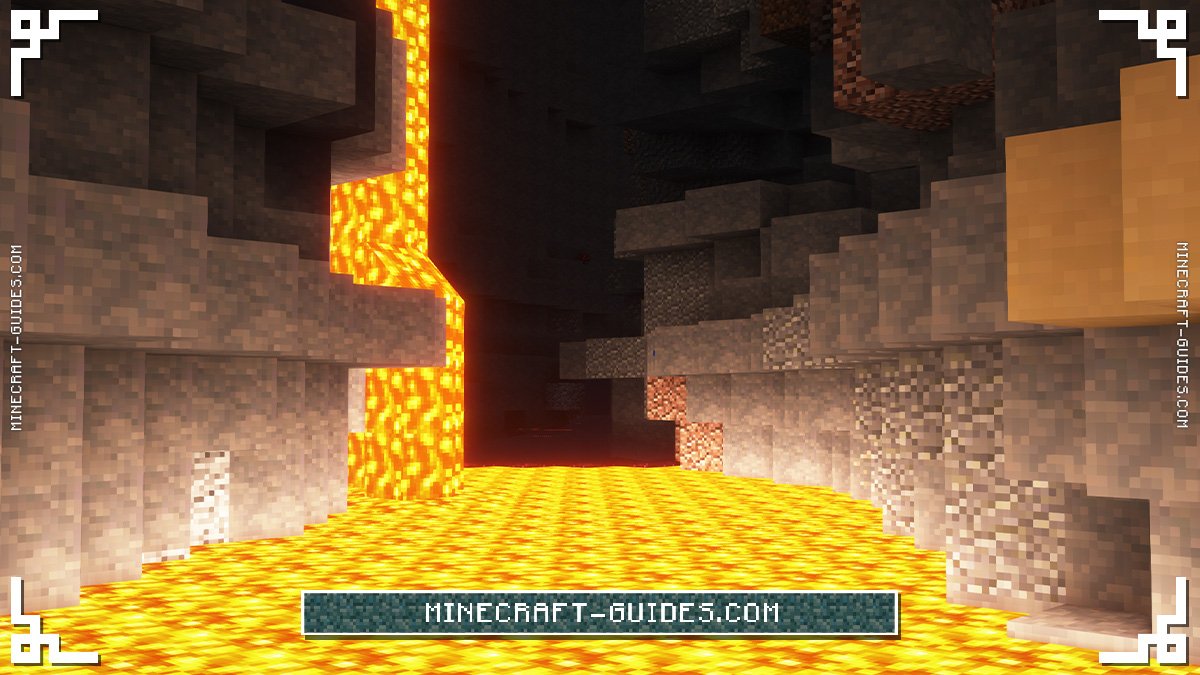 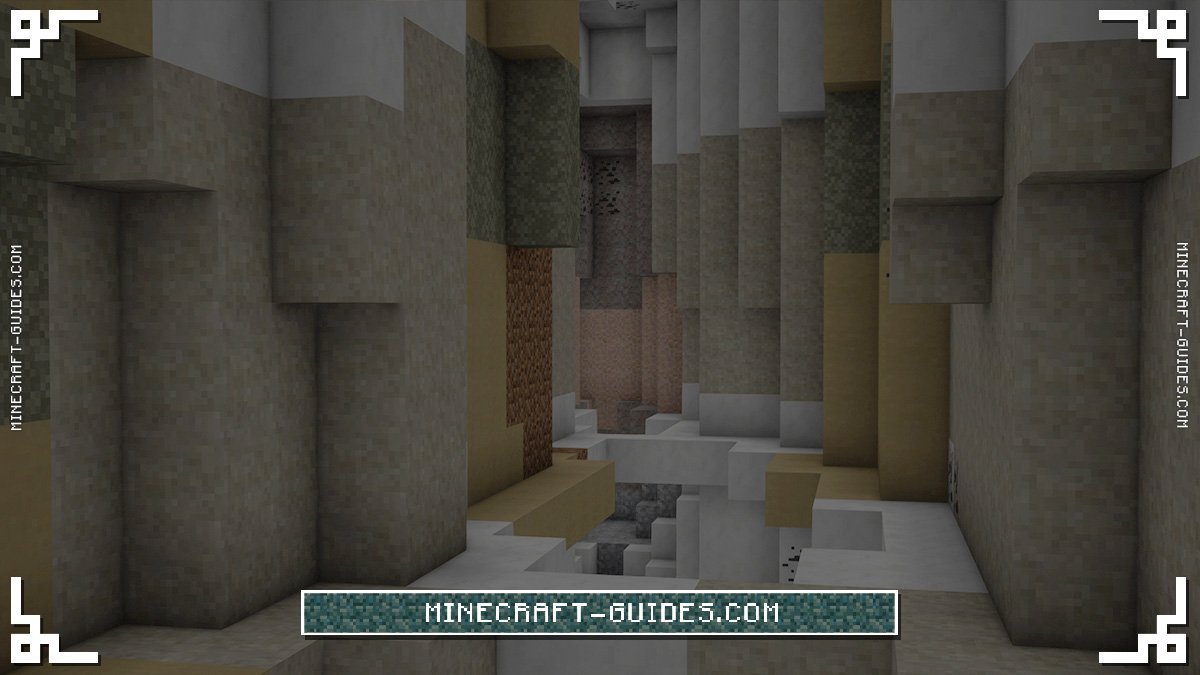 If you find below the surface a bit boring in Vanilla Minecraft, then there’s also the Underground Biomes mod. It introduces 24 different kinds of Stone, Gravel and Sand, as well as 16 types of Cobblestone, which should just add more variation when exploring underground.

Although you might find them generating above-ground too in locations. Of course some of these new blocks would make great additions for building too, as they can be turned into some different styles of Bricks. 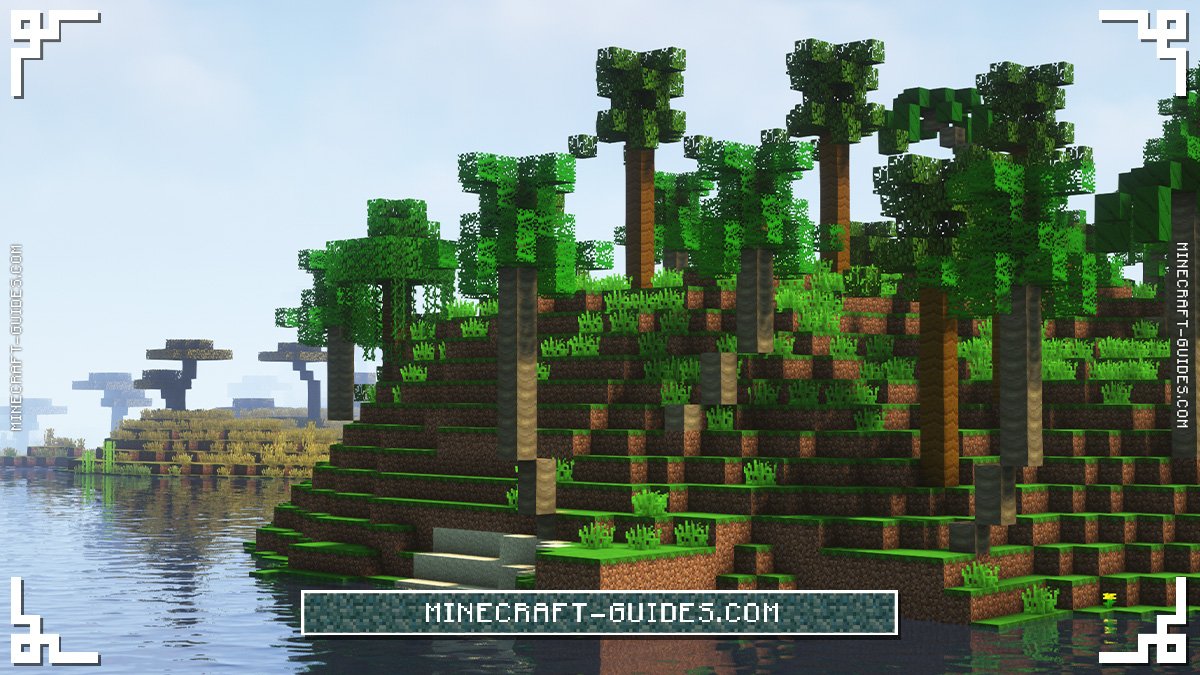 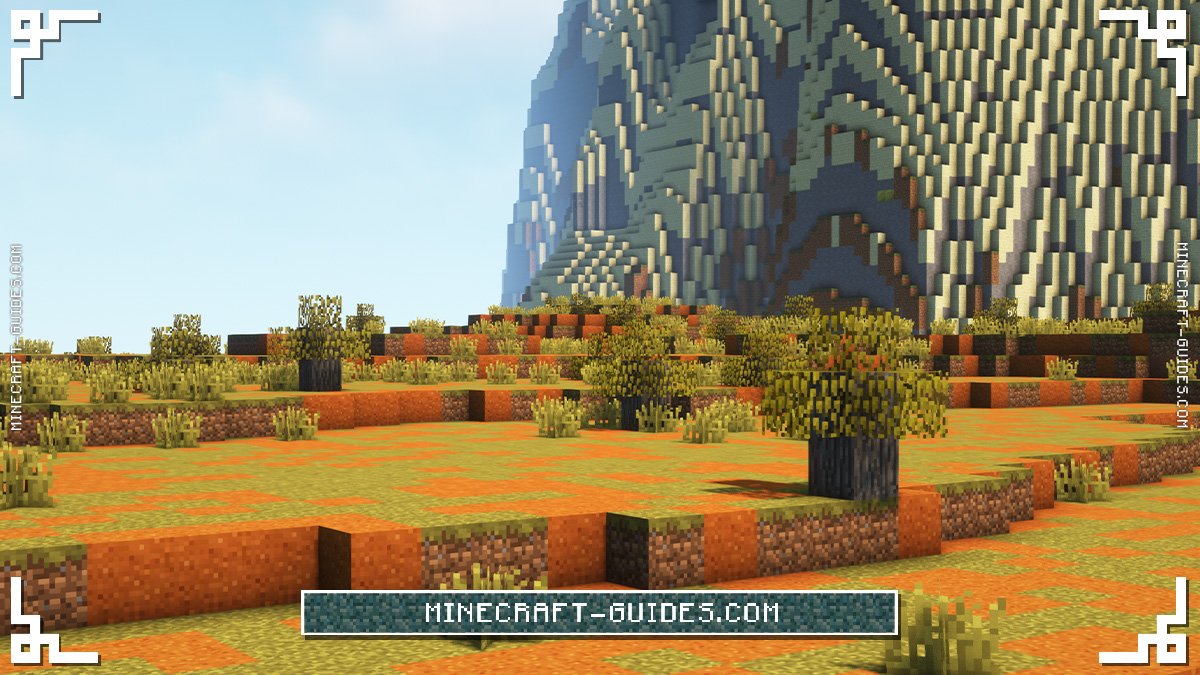 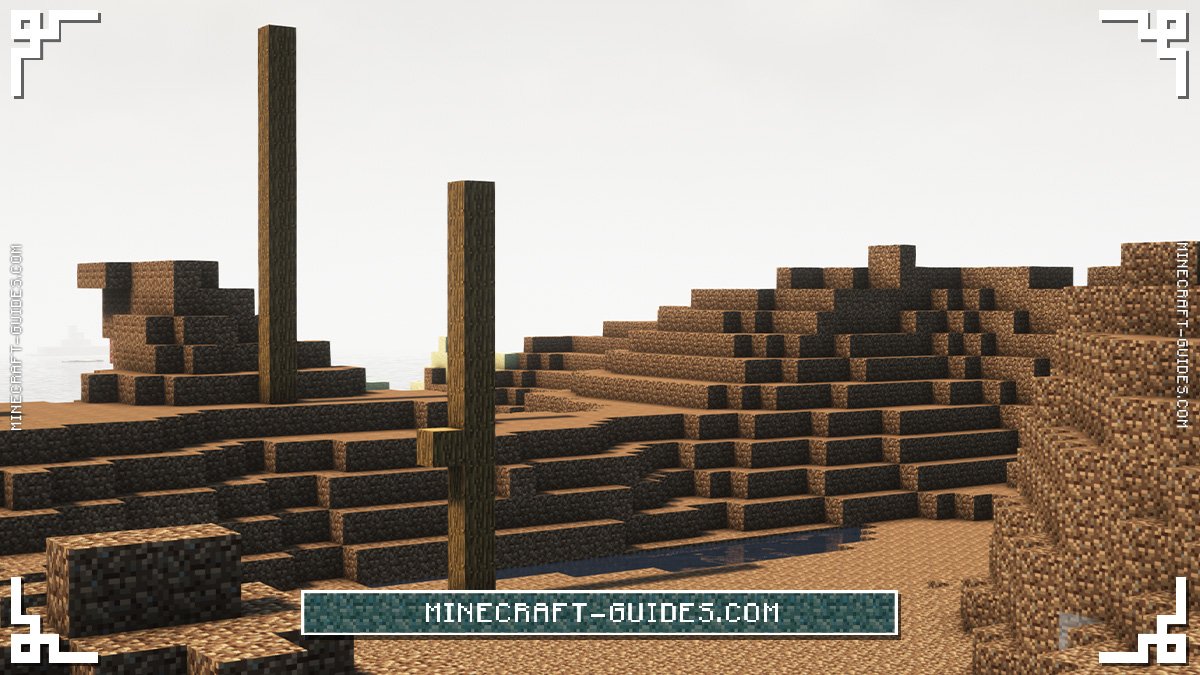 Zoesteria adds a few major-biomes, which are then split into multiple variations. As an example, the Brushlands can be found in their Hills, Dense and Hot variants.

But there’s also the Woodlands, Alps, Wasteland Flats, Lowlands, Australian Outback and more. Like other mods listed here, a lot of these blend into Vanilla Minecraft nicely, as the terrain or style of the Biomes isn’t dramatically changes.