A lot of people think you need to spend money to create a Minecraft Server, or that it takes skill. The truth is that you can create your own Minecraft server within just a few minutes without having to spend a dime.

Start by heading to the official Minecraft Server Downloads page. On this page, you can download the server files for the latest version of Minecraft, which will be a .jar file.

Create a new folder on your desktop and call it something memorable, such as Minecraft Server, and place the newly downloaded .jar file into there.

Now we should have a folder on our Desktop with a .jar file inside. By default, it should be called ‘server’, but take note of it either way. As now we need to create the launcher file which will run the server with a GUI. 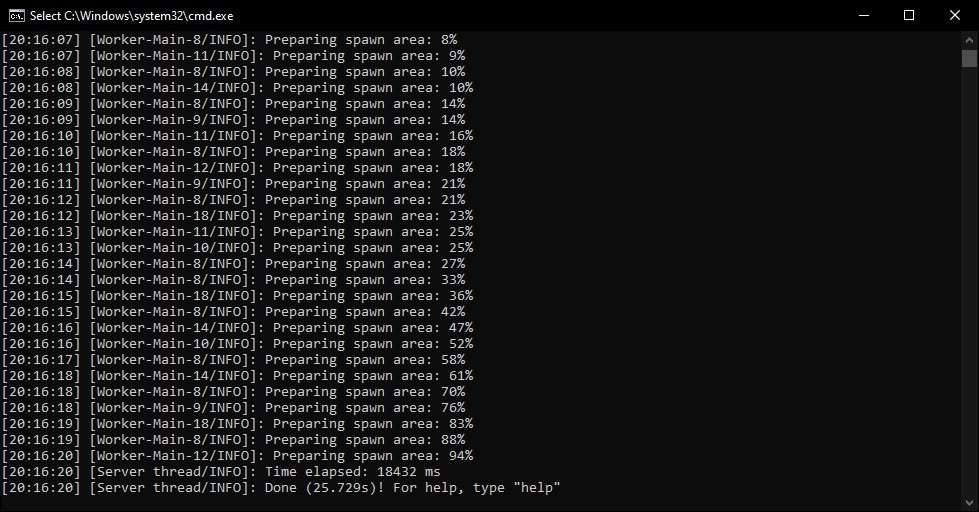 The easiest way to do that would be by opening Notepad which should be installed on your computer by default. Inside the Notepad file, paste the following code:

In Notepad, choose File > Save As. Navigate to the folder that we recently created for the Server, which should be on your Desktop. Call the file ‘start.bat’ and in the ‘Save as type’ dropdown, make sure to choose ‘All files’ and save. In the above code, make sure that server.jar represents the .jar file in your server directory.

Now we can start-up the server for the first time. Double click the start.bat file in your Server directory.

It will begin creating a few files in your Minecraft directory. After a few seconds, you’ll be told to press any key to close the window, which you can do. To start up the server properly for the first time, you need to open up the eula.txt document in your server folder, changing the text to eula=true. Save and close this file, and open up start.bat again to start booting up the server.

Step 4: Connect to the Server

Open up Minecraft, ensuring it’s the same version as the server you downloaded (a 1.16.5 Server requires a 1.16.5 Minecraft version for example). Head to multiplayer, add server and enter 127.0.0.1 as the Server Address. 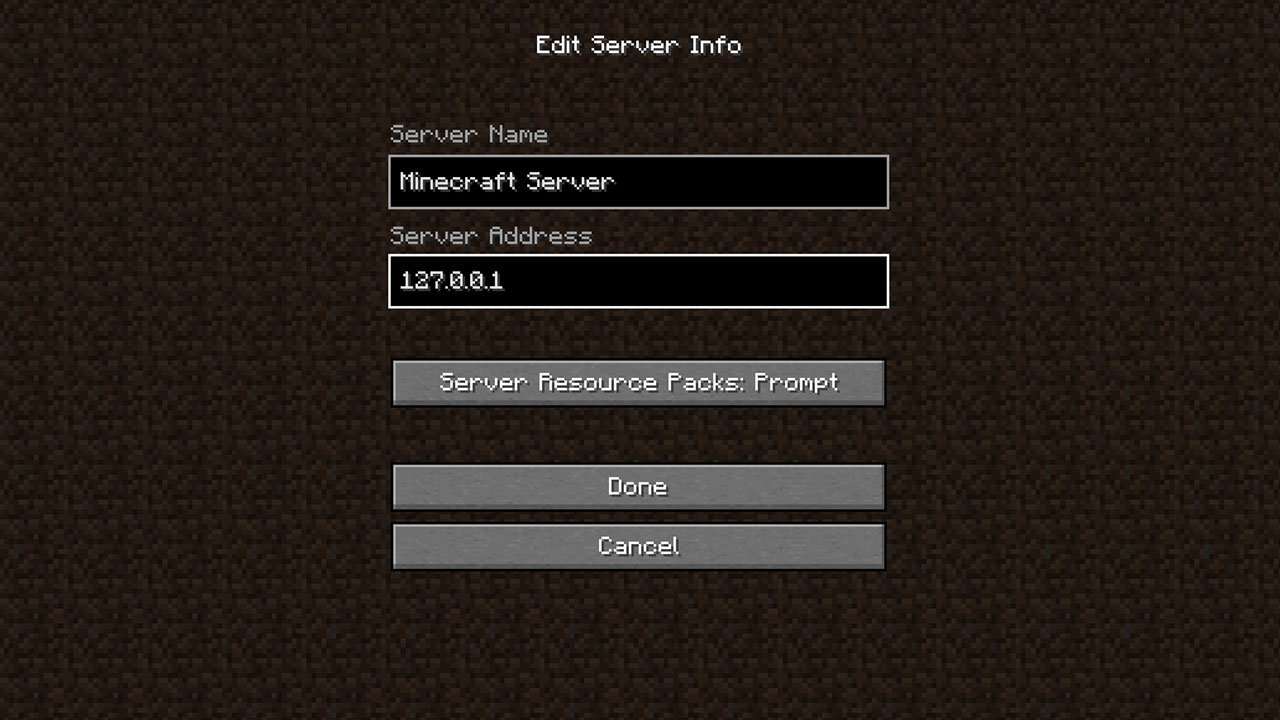 Press Done, and your server should be online, and you should be able to connect. The 127.0.0.1 address is your local IP, and giving it to other people won’t allow them to connect.

Now is a good time to configure the server how you want. In the server which should be running, you can turn yourself into an operator (op) by entering /op yourname.

The main server settings can be edited in the server.properties file, in your server directory. You can open this file with a text editor such as Notepad. Inside this text file is a lot of settings, which include the spawn protection radius, game difficulty and whether PvP should be enabled. Whenever you change a setting in this file, you’ll need to restart the server for it to take effect.

Step 6: Open the Server to Friends

There are a few ways to allow friends to connect to your Minecraft Server. The first involves port-forwarding, and it’s a process which we can’t explain here as every ISP and router has different setups. However you essentially want to login to your routers settings page, and open the port 25565. That way, players can connect to your server without having to download any external software.

If you can’t portforward, then a good alternative would be to use Hamachi. It’s a software which allows you to create a virtual network which you and your friends can connect to. By entering your Hamachi IP into Minecraft, anyone in that server will be able to connect.

Minecraft Comes Alive Reborn: How to Have Twins